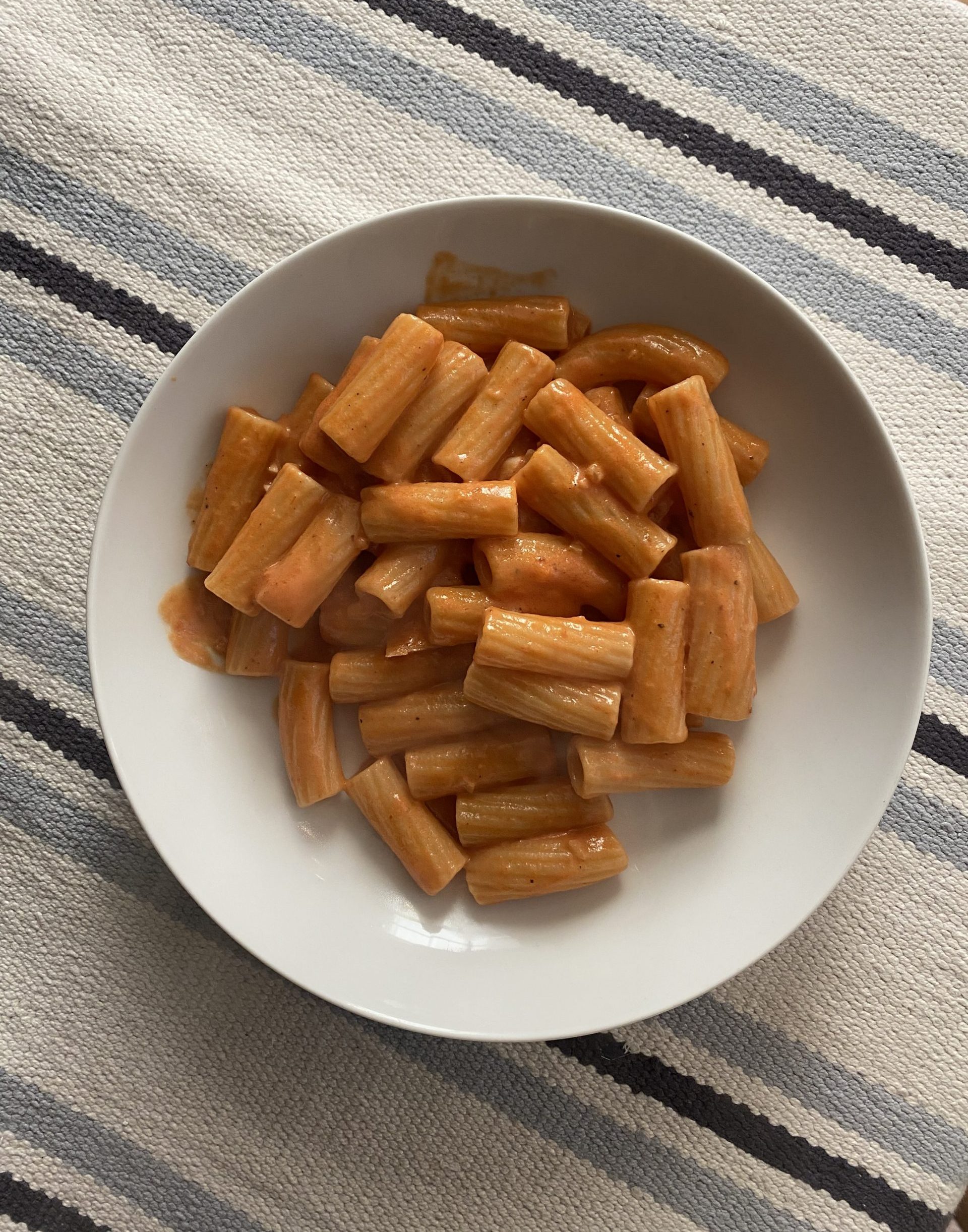 As I write this, we’re inexplicably approaching both month two and day 1,577 of quarantine. When this whole virus business started in March, I, like a good little millennial, wrote out a cautiously optimistic activity to-do list: I was going to color every available fabric scrap in my house using only natural dyes and my inner domestic goddess; I was going to make seven (??) different kinds of marmalade; I was going to dig up the watercolors rotting in my closet from primary school and paint a “piece”; I was going to sew a skirt. Never mind the fact that I had never so much as successfully mended a sock in my life. Quarantine Elly would be a better, more productive version of my regular self. Or at least, a more Instagrammable one.

Suffice it to say, that plan immediately went to shit. I cut up old curtains into squares for future napkins and promptly abandoned them. I made one batch of raspberry jam, burnt it, panic-yelled to my mother for her help, and proceeded to eat all three pots nearly entirely by myself. I think I may have dreamt the existence of those watercolors. And as for the skirt… nope. Can’t do it. I get stressed about work, my health, my parents’ health, and the very fact that I am stressed, which leads to me feeling overwhelmed and doing nothing, which only leads to more stress about my inactivity. It’s a vicious cycle.

Instead, I’ve been finding comfort in doing a lot of the same. Leading the charge in my routine is a favorite pasta of mine, which much to my mortification as a faithful disciple of Ina Garten is basically the only real recipe I’ve ever come up with. I’ve made it for nearly all my friends in New York, and I recently made it for my family for the first time. (It went over well, despite qualms from certain parties about how much cheese it calls for.) It’s penne alla vodka—though due to the fact that we’re in the middle of a global pandemic, you can also use rigatoni or farfalle or fusilli. Don’t need to be agonizing over pasta shapes at a time like this. Here is how you do it:

Heat two tablespoons of butter and a big glug of olive oil in a large pan; when melted, add a small diced onion and cook for a couple minutes while you chop some cloves of garlic into submission (two to three, depending on your plans for the evening) (just kidding, we’re in quarantine, you better not have any plans). Sauté until they have a bit of color, then season with generous pinches of salt, pepper, and red pepper flakes.

Remove your pan from heat and stir in a little less than a third of a cup of vodka. At this point, my dad presented me with a bottle of Grey Goose and a disgusted we-are-not-a-vodka-family comment; though if you’re like regular me, any old bottle that tastes like first year college regrets will do. Return it to the heat and cook on low until the alcohol has evaporated, about three to five minutes.

Add 7 ounces of tomato purée, mix well, and simmer for five minutes. Stir in half a cup of heavy cream, then taste the sauce to see if it needs a little sugar; it usually tells me it does, so I like to add about a tablespoon. Cook on low until your sauce thickens and you want to eat your spoon. In the meantime, boil a salted pot of water and add a box of pasta.

To serve, toss your pasta with the sauce and go crazy with the parmesan. Official measurements start at three quarters of a cup, but I think it’s safe to ditch the measuring cup and go with your heart’s desire (see: global pandemic). I’m not sure who the first person was who looked at a bottle of Svedka and said, that. That looks like the basis of a delicious pasta dish was, but I owe them a debt of gratitude.