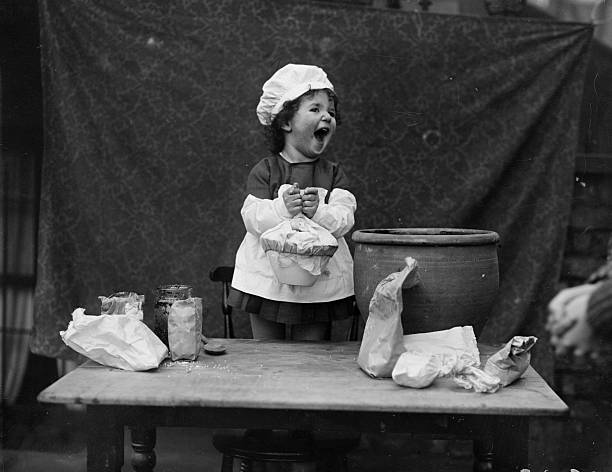 For me, cooking is therapeutic. While the idea of being someone who is constantly testing new recipes, amazing friends with an inexplicable talent for de-boning a duck or crafting a perfectly aromatic curry, is very alluring, this unfortunately is not the case with me. In fact, whenever I endeavor to try a new recipe it’s a highly stressful situation that requires hours of preparation, both mental and grocery. It more often than not results in me having a meltdown and crying into a bowl of couscous.

So instead, I have an arsenal of tried-and-true recipes I rotate between. It’s relaxing in its routine. These recipes come from my mom, a real chef who as far as I know, has never bawled in the face of Maghrebi grain—though I once saw her accidentally pour barbecue sauce into a stir fry and descend into a laughing fit that spanned two full minutes before she regained composure and said, “don’t tell anyone.”

Prepare yourselves for a truly revolutionary statement: My clothes are basically my more-visible mood ring. A full suit resplendent with shoulder pads has always made me feel like I have my shit together. When I’m extremely hungover and have to be a functioning member of society, I trick myself into feeling better via a monochromatic ensemble or impractical footwear—something that’s so dramatic and requires so much thought that the average passerby would never guess I’m two Advil and a bottle of gatorade away from death’s door. And when I want to feel elegant and classy, as though I frequent the Met and never take public transit, I break out the midi skirt and kitten heels.

There’s the avgolemono soup I make when I’m either sick, in fear of becoming sick, or in fear of someone else becoming sick. This comes off years of my mother marching me off to bed at the first hint of illness, appearing at my bedside thirty minutes later with a bowl of this lemony concoction and a lecture about how, if I wasn’t careful and started wearing slippers, the draft was going to kill me. At 25, I may have about as much maternal instinct as a pencil case, but I’ve retained this practice of bearing soup to the ill as my only nurturing habit.

There’s the tomato sauce I make when I want to be the kind of person who deserves to live on the most cliche version of the Upper West Side. This person waltzes around her kitchen in a turtleneck and pearls, listening to French jazz and sipping on something she might describe as a full-bodied red with notes of oak, until her roommate comes home and is like Elly, what the fuck are you doing, you hate jazz. To which this person would accost said roommate with a wooden spoonful of the sautéed onion-based tomato sauce and say, “you must try this, it’s divine”, because that’s what the characters in Nancy Meyers movies would do, and it’s always held a certain fascination as the paradigm of how sophisticated people make dinner.

There’s the smoothie concoction I’ve retained from my short-lived stint as someone who lived a healthy-ish life for four months in college. I may or may not have flirted with the occasional elliptical. I no longer partake in such foolishness; but every now and then, I’ll take note of my friends eating salads, talking about ClassPass, and comparing notes on CBD oils and start to feel nervous about my total rejection of the wellness industry. To save myself from ostracization from millennial society and probable scurvy, I panic-make said smoothie. A highly sophisticated recipe, it includes one banana, a handful of frozen berries, and some orange juice. I feel like I am wellness incarnate whilst gulping it down.

There’s the indulgent multi-part meal I make on the occasional weekend—a meal whose contents vary, but include a protein like biftekia or lemony chicken and a roasted vegetable. Cooking this meal is often a three-hour exercise in willful ignorance; ignorance of work, of deadlines, of emails, of my bedtime. I love it. Whenever I feel overwhelmed, I take out my frustration on peeling potatoes and spend time making enough food to feed the three children I don’t have. They’re very grateful, and for those blissful hours where my only concern is figuring out where I’ve put the red wine vinegar, I am too.