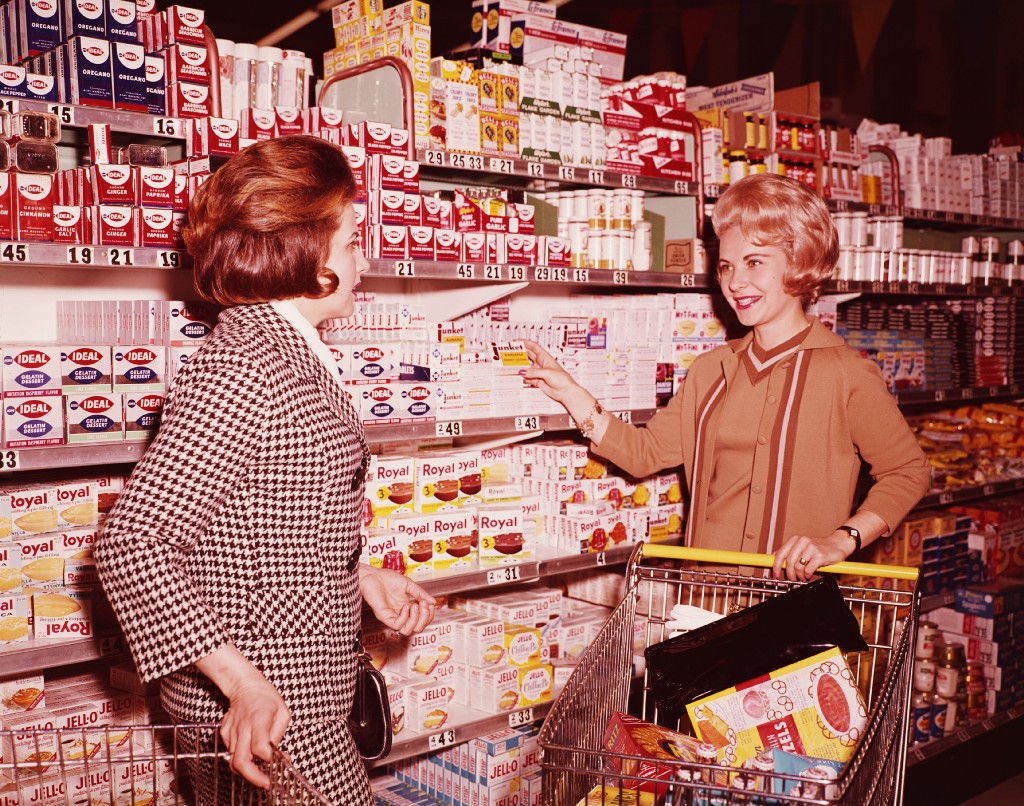 “Excuse me,” a woman pushes her cart around the 21-year-old wearing headphones and trying to decide which flavored drops will both mask the taste of cheap vodka and cost her the fewest calories.

She makes her way past the middle-aged man in a half-tucked button down who has just added a case of beer to his basket of instant rice, salsa, and frozen pizza. Divorced, clearly.

In the baking aisle, she discovers half-priced brown sugar and a recent breakup. The greasy haired 30-something is aimlessly throwing frosting tub after frosting tub into a cart whose only other contents include a cheap bottle of chardonnay, while simultaneously yelling into her cell phone about regret and probable adultery. As she trods off, she grabs a brownie mix for good measure.

The produce section proves fruitful. Navigating the herd of Lululemon leggings, she finds an untouched display of potatoes she sifts through whilst eavesdropping on a nearby conversation.

“Do you think this zucchini is paleo?” inquires one young lady wearing aviator sunglasses to the next. “Not sure,” replies her friend absentmindedly. She has her own problems, as she’s currently engaged in an investigation concerning the dubious organic qualities of a packet of kale.

Not willing to risk mortality by taking the last avocado, the woman rushes off to the butcher and takes her place in line behind a bespectacled lady in a stern black turtleneck that would make Steve Jobs envious. “Listen, Kathy,” the turtleneck barks into a cell phone, waving maniacally at the cold cuts, “I told you to file that yesterday and send me a copy of the report. No. No, I don’t want to hear any excu—excuse me, sir, I specifically asked for that turkey to be thinly sliced—no excuses. Fix it.”

Whilst she deliberating over Häagen-Dazs in the frozen foods aisle, the woman’s cart is pushed brusquely out of the way by a 29-year-old suit marching past unapologetically, his basket full of frozen meals and a bottle of Tums.

Shaking her head at the incivility of today’s generation, she grabs a package of cookies on her way to the check out.

The woman offers a curt semi-smirk in response and storms off in a huff.

Honestly. People can be so judgmental.