Here’s to having to pretend Colton’s attractive for an entire season!!!

Also is it just me or are Kaitlyn and Jojo morphing into the same person? 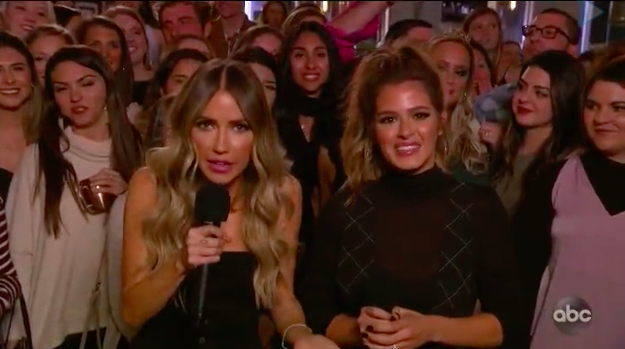 Demi, 23, has a penchant for saying “alrighty”, which is not a good sign because if we learned anything from Sex and the City it is that people who use that word are not to be trusted and also probably have erectile disfunction. For Colton’s sake, I hope Demi is afflicted with only the latter.

Heather, 22, is from California and keeps a framed photo of Colton in her room so yeah she seems super stable

Caelynn, 23, showed up with her beauty pageant sash because we love a career woman!

Alex D., 23, may or may not be a furry because she showed up dressed as a sloth

Erika, 25, gave Colton a bag of nuts presumably because she wants to ensure her future mate doesn’t have a peanut allergy. Survival of the fittest. Respect.

Jane, 26, showed up with a photo of Colton’s dog, which we are led to believe is endearing but should probably be grounds for a restraining order, no?

Bri, 24, is pretending to be Australian for reasons that are presently unknown but I’m sure will later become crucial to the intricate plot of this show

Catherine, 26, is one of those people who calls their dog their child, so we automatically hate her

Enough vocal fry to make me want to defenestrate myself and far too many sequins later, the parade of future Instagram influencers is finally over and we can begin the evening which, it must be said, is not even HALFWAY OVER

Catherine: I’m watching all these girls try to get his attention. Everyone’s bringing out a show tonight. Things are crazy. By the way, has anyone seen my dog

The sloth is drunk, yes?

The next half hour is largely uneventful and can be summed up accurately by this cinematic wonder:

The only noteworthy thing to happen during the entire night was that Catherine The Dog Harborer interrupted people’s conversations approximately 72 times; from the reactions of everyone in the house, you would think someone did something absolutely unforgiving. Like forgetting to spray tan or accidentally ingesting a carb.

I think the best part of the whole episode is Chris B. Harrison wandering silently around the mansion holding the orphaned dog and what one can only assume is a matcha latte:

We then cut to a Chris B. Harrison tribute video, which is about as pertinent to the development of this season as the never-ending footage of Shirley’s fucking viewing party. Honestly. Who is Shirley and why has she gotten more screen time than the contestants? Where is Lansing? Also, has anyone seen Catherine’s dog?

The biggest miracle to come out of this entire show is that the rose ceremony ends at like 8 am and yet, everyone’s hair and makeup still looks perfectly intact. What sorcery is this?

Meanwhile, I only recently learned that highlighter was not exclusively an office supply.

Highlights from the season trailer: 101 virginity jokes, 57 statement earrings, 9 people crying, and 1 frazzled-looking Colton seen fleeing the mansion by jumping over a fence. Stay tuned for the most dRaMaTiC season ever!!!!!