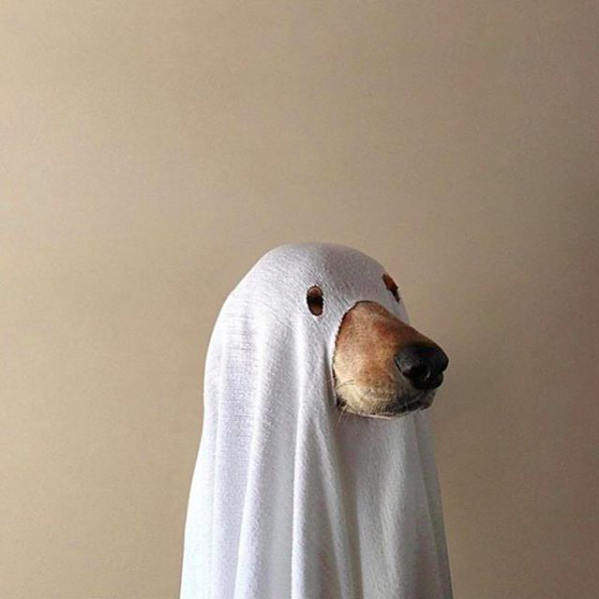 On Sunday, July 22nd at 1:25 AM EST, I received the following text from my roommate, Jenny:

“I JUST SAW A MOUSE”

No punctuation. All caps. At the exact hour when one might be queuing in line for dollar pizza somewhere in the LES, after narrowly escaping a huddle of vaguely middle aged, vaguely European men in matching Adidas shoes and black v-necks at some seedy club. From anyone else I would assume this is a drunk text, but I know Jenny, and the only occasion warranting an all caps text from my remarkably chill apartment co-dweller is when a) there’s a great deal on ice cream or red wine or b) there’s an emergency of sorts. This was clearly an emergency, so how did I respond?

The appropriate response would have been something along the lines of “we’ll call the exterminator tomorrow” or “hide the potatoes”. The appropriate response is not “did you capture him? Do we have a new pet? Can I name him Maurice?” And in case there was any doubt about where I’m going with this, I responded in the latter manner.

After a brief conversation about the technicalities of our mouse’s entrance (“How did he get in?” “He knocked” “Was he sneaky about his arrival?” “No, it was more of a brazen waltz into my room” “Did he eat anything?” “I tried to coax him out with a chip, and he wouldn’t eat it” “Do you think we have a gluten-intolerant mouse on our hands?” “Elly can we please return to the point”), we decided to do nothing. Maurice would live to sneak around another day.

When I first moved to New York, I heard people complain about the mice and rats ad nauseam. They were the reason people had to move apartments. They ruined lives. I personally didn’t see the problem. The only time I had ever seen a rodent was when one would quietly meander across the subway tracks, seemingly so preoccupied with the idea of finding food that it was willing to risk certain death. I empathized with the subway mice. I, too, have been known to sacrifice personal safety in the name of a snack every now and then.

Of course, the idea of a mouse as some abstract presence haunting 34th street station is very different from the reality of a mouse lurking somewhere behind your apartment walls. At first it felt slightly unsettling to know that I was sharing a space with this thing to which I had not been formerly introduced—New York is a city full of strangers, and now one appeared to be permanently residing somewhere in my living room. But despite the many reasons to be angry at our new roommate (for one, it almost certainly carried diseases; also, it refused to pay rent, which is quite frankly inexcusable in this overpriced housing market) I couldn’t bring myself to call the exterminator.

What if the mouse had a family?

What if he was a refugee from Jersey, in search of a better life?

What if he was secretly a culinary ingenue and I was about to sentence a future Michelin-starred little chef to death?

I couldn’t run the risk. Instead, in some illogical turn of events, it was almost comforting to know that we weren’t alone in our new building. Maurice might have been vermin, but at least he never complained about the Uber charge to trek to the Upper West Side from downtown, as most of our human guests were wont to do.

I think the real reason I was secretly thrilled to be harboring a mouse was because this was my first Real New York Experience. Sure, I had lived in shitty apartments and dealt with landlords who should probably be in prison for embezzlement. Yes, I have almost been ceremoniously peed on by multiple homeless gentlemen. Of course, I’ve been held hostage by the MTA somewhere underground for over thirty minutes and considered texting friends my last will and testament in case I never make it out. Who hasn’t?

But for some reason, being able to complain about having a mouse in my house seemed like a real milestone of my time in the city. I finally had common ground with lifelong NYC-ers, and I couldn’t wait to have conversations in which I casually mentioned my rodent problem and had rousing debates on the best mouse repellents. This clearly is a pipe dream that never materialized because in real life, people don’t go about discussing the minutia of vermin infestations with perfect strangers (it’s why we have the weather), but still. The glossy promise of New York may be what draws you in initially, but it’s the mundane experiences that make you feel truly connected. I finally had mine, and his name was Maurice.