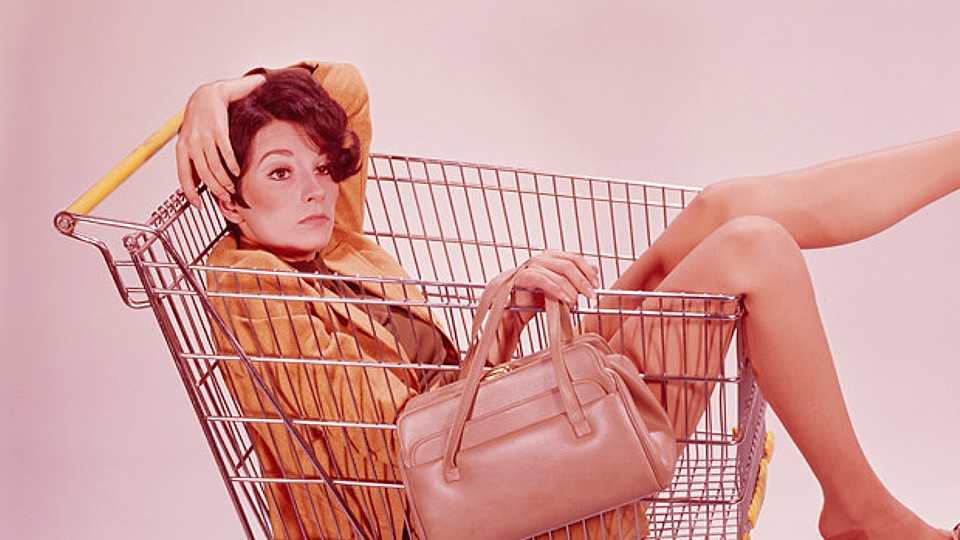 In a strictly legal sense, you become an adult when you turn 18. An equally strong case could be made for marking this milestone as the first time you come home after a night out, take out your contact lenses, remember to moisturize, and choose to drunk eat carrot sticks over the late night pizza one block from your apartment.

Or the first time you sit through an HR meeting going over 401k plans and don’t feel like jumping out the window in a fit of despair.

Or retiring the puppy filter on Snapchat.

Or learning a) what a fiddle leaf fig is and b) how to keep it alive longer than a week so you avoid involuntary plantslaughter.

My point is, we all define adulthood differently. Me, 24, working at a magazine which largely specializes in describing the various merits of wallpaper, writing this post to an audience of four from my non-air conditioned sixth floor Upper West Side walkup, one glass of wine and half a block of cheese in, is definitely not the scenario I envisioned for my 24-year-old self when I was young.

I have vivid memories of forcing my brother, who is two years younger than me and therefore my unwilling companion for most childhood activities, to look at old Pottery Barn catalogues (remember catalogues?) with me when I was 10. I marked up the items I wanted to buy to outfit my future home. I planned the names of all 17 of my future children—all girls, natch—and tried to make him do the same in the spirit of camaraderie. And when his somewhat defeated response was “uh, I don’t know, maybe I’ll have two kids and name one Tyler?”, I gently (by ways of a teddy bear catapulted in his direction) urged him to consider the name “Laurie”, which I found much more poetic given that I was in my Little Women phase.

In my defense, I desperately wanted a sister and he was the best I could come up with on short notice. In his defense, I was supremely bossy and didn’t take kindly to him refusing my dictatorial requests for hanging out.

All of this was in the spirit of planning my future life as a successful 20-year-old housewife. What hope for the gender! What defiance of female norms! But at one decade old, I didn’t care for feminist ideals of what my 20s could be, because of two things I was absolutely certain. One, that Jo made a terrible mistake marrying that horrible old German man who I believed to have a mustache and an unsightly collection of tweed suits. And two, that by the time I was 20, I would be married with at least one child. It’s just how it would be. Ok. 22 at the latest.

Now that I’m actually in my 20s, it’s an interesting exercise to reflect on my current state of the union. Pretty much nothing I’m doing now aligns with what I thought I’d be doing when I was younger—and why is that? It’s probably attributed to a number of factors I fear dissecting at the risk of offending my teachers/parents. It’s also probably attributed to the things I consumed when younger.

Consider the evidence: All of the Little Women found their conclusion only after marriage. Except for Beth, but that’s a childhood trauma I’d rather not revisit at this current moment in time. Scarlett O’Hara, the principal character in my favorite movie, is in her teens for much of the early film. Even friggin Ariel from The Little Mermaid is a legitimate fish, and yet she still managed to find love at the tender age of 16 and decided to give up all professional aspirations for marriage. Who knows? She could have had a lucrative career as an underwater Etsy shop dealer selling artisanal forks or something. But that’s a dream she’d never realize, given the fact that she was essentially a child bride. Cool, cool.

Aside from what I assumed my marital situation would look like once I hit the ripe old age of 20, the physical aspirations I had for myself only hold more disappointment. I couldn’t wait to have boobs. In the strictly biological sense of the situation, that part is technically true; yet I can’t help but think that my younger self would be severely disheartened by the goods I’m currently dealing with.

I visualized myself parading to the local cafe in heels and lipstick. How deftly I would navigate the cobblestoned streets, I thought longingly, eagerly anticipating an era where I could branch out from my sensible sneakers.

I also assumed I’d be wearing sequins with reckless abandon—a product, no doubt, of the strict uniform imposed on me (unfairly, I thought) by my Catholic private school. It included a polo shirt and navy bermuda shorts. I thank God or whoever’s up there daily, that my parents adopted an Amish-like mentality about early social media, and there was nowhere this affront to the fashion industry could be immortalized on the internet.

The culprit behind this ideal? Television. 20-somethings playing teenagers, wardrobe departments with a budget that exceeded my 2€ a week allowance, and Alyssa Milano. I was obsessed with Charmed and figured that by my 20s I would have an always rotating wardrobe of great clothes and also, a great rack.

Instead, here I am, still dressed in the turtlenecks that haunted my pre-middle school wardrobe, and woefully sans offspring. Or husband. Or live-in maid. Your 20s seem like such an intimidatingly grown up time when you’re four feet tall; when really most of us currently inhabiting that stage are just trying to get through the day without having to top off our metro cards.

Some might say this is an underrepresented reality, yes, but no one would watch a TV show about a 24-year-old who spends most weeknights at home binge-watching The Blacklist with her roommate and a block of cheese. What kind of aspirational image is that portraying to the youth of today? Where is the glamour? Where are the sequins? The only people who benefit from the promulgation of that particular representation of adulthood are the producers of The Blacklist and the dairy industry.