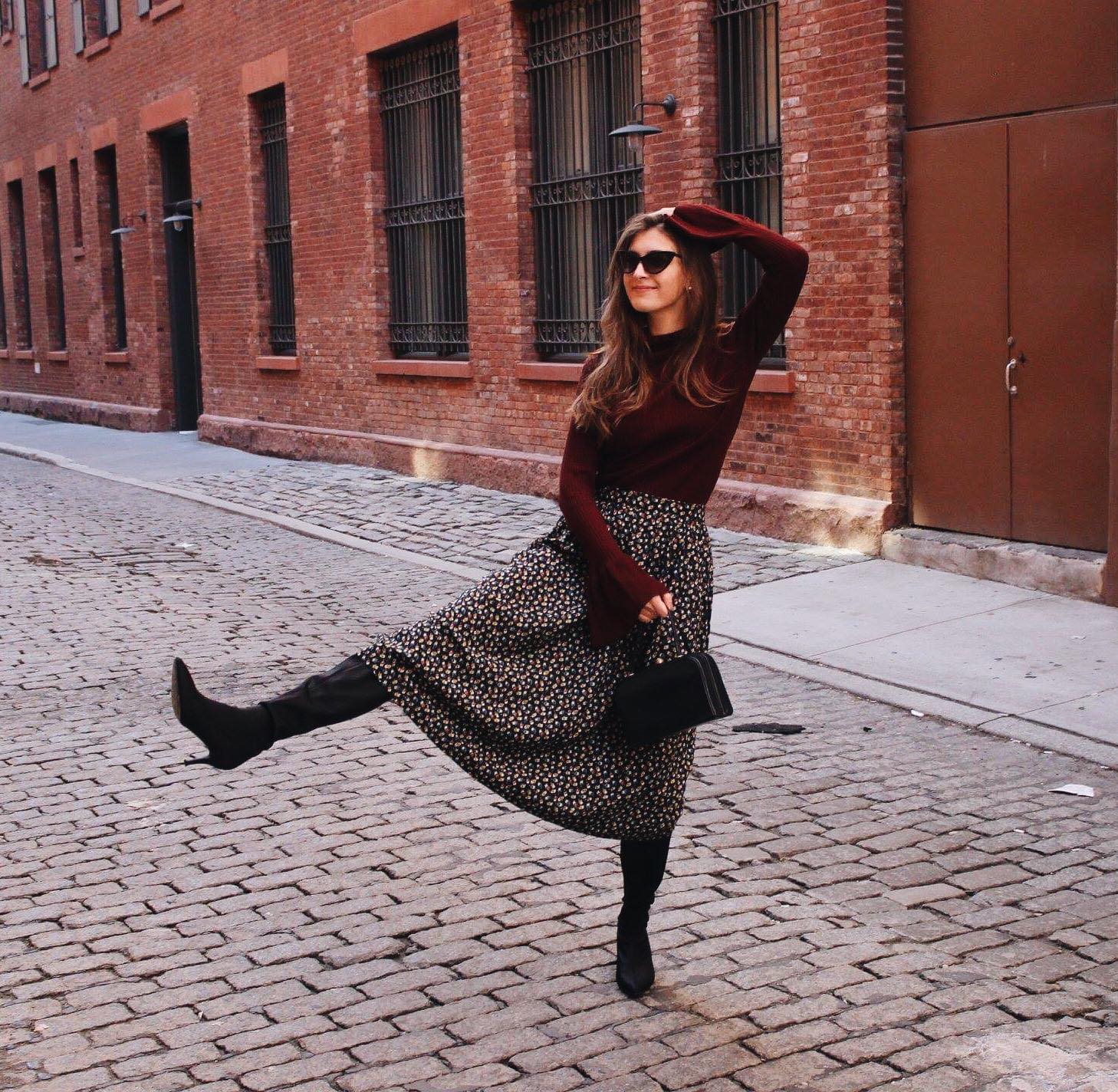 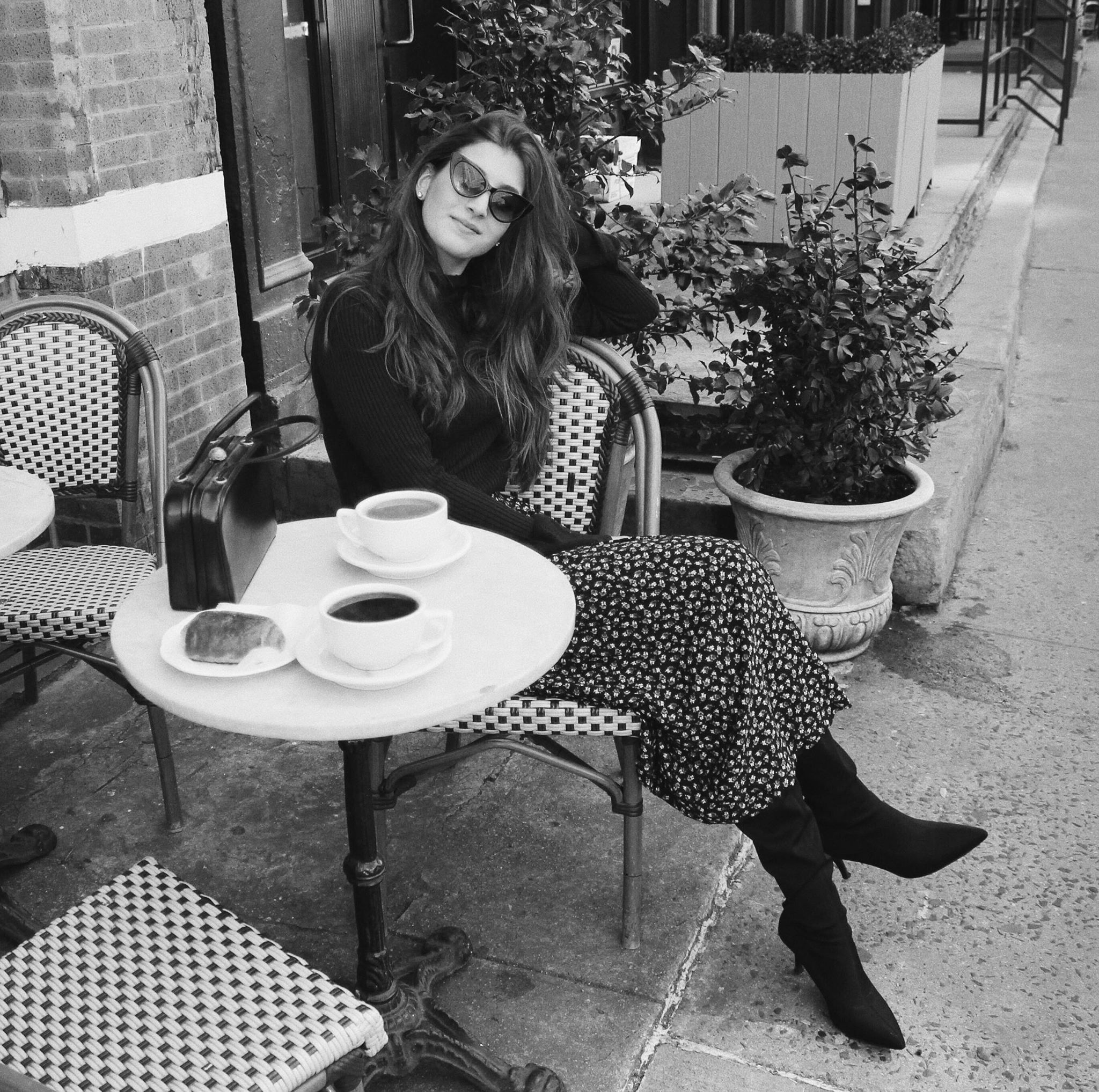 It’s autumn in New York, a fact that has been made most abundantly clear by the fact that it actually feels like winter. Fall weather in the city is like yellow lights and serving sizes on bags of pasta: a suggestion, mostly.

The manner in which the season manifests itself here has its highs and lows. The lows, in the form of subways stuffed with people who forgot umbrellas and coffee shops advertising pumpkin spice lattes on sandwich boards outside, as if they were something to be proud of.

Also, Halloween. Anyone who actually enjoys this godforsaken holiday as a member of adult society is not to be trusted. These stoop-decorating, face-painting heathens run rampant in NYC; but the good news is that they exhibit clear signs making them easily identifiable. Excitement about affronts to the good name of sugar like Twizzlers and Skittles, for example. Or maybe a penchant for pretending they are someone else, which is acceptable when one is nine but is generally referred to as “delusional” when one pays a monthly electric bill and also thinks they are Princess Jasmine. Pretty sure there was no Comcast in the 15th century Middle East. 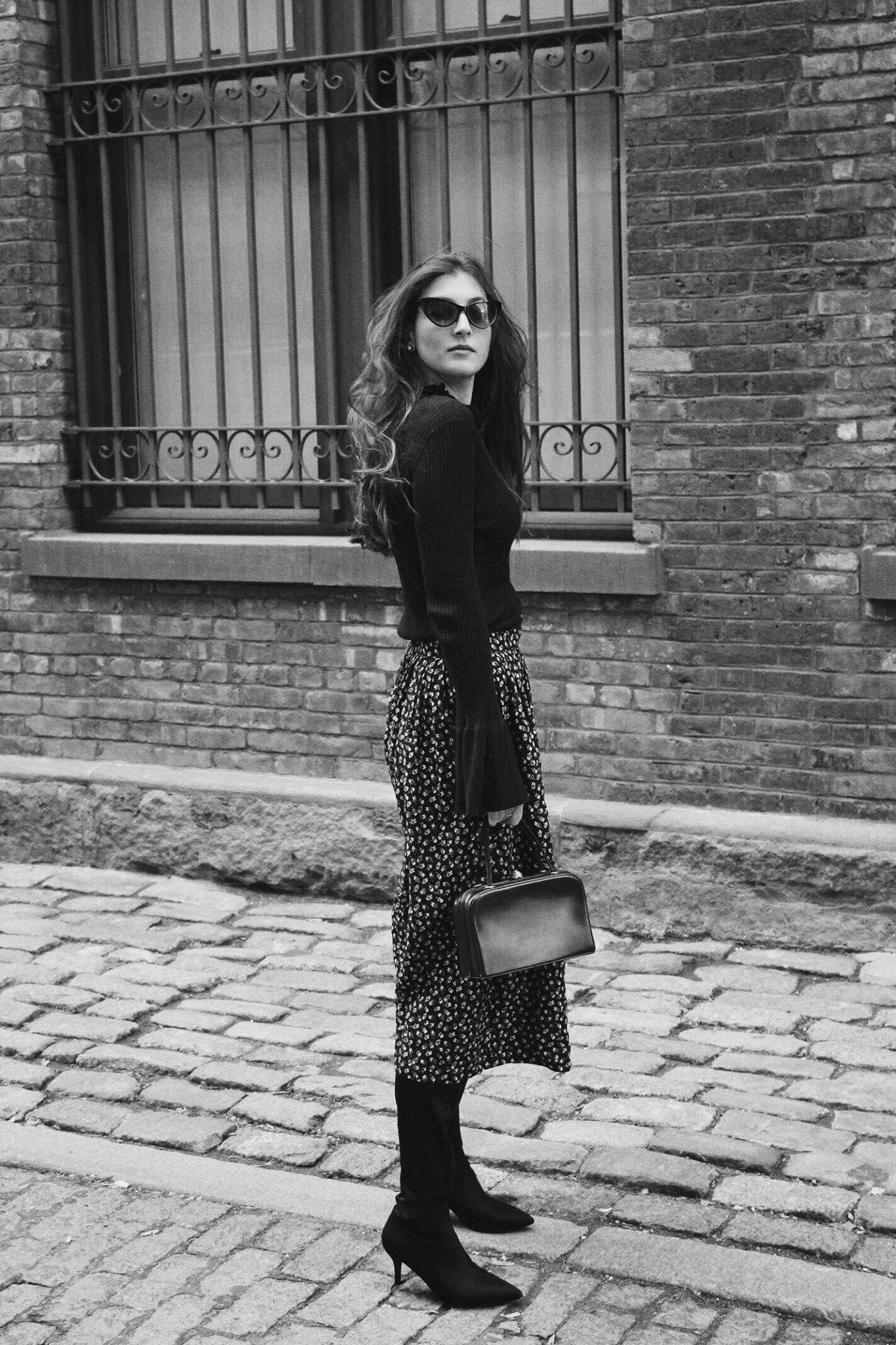 The highs are much more stereotypical.

Weekend mornings spent sampling expensive-ass cheese at various street farmers markets, pretending you’re actually going to spend $17 on artisanal dairy before getting an anonymous emergency call pulling you away from the stand. 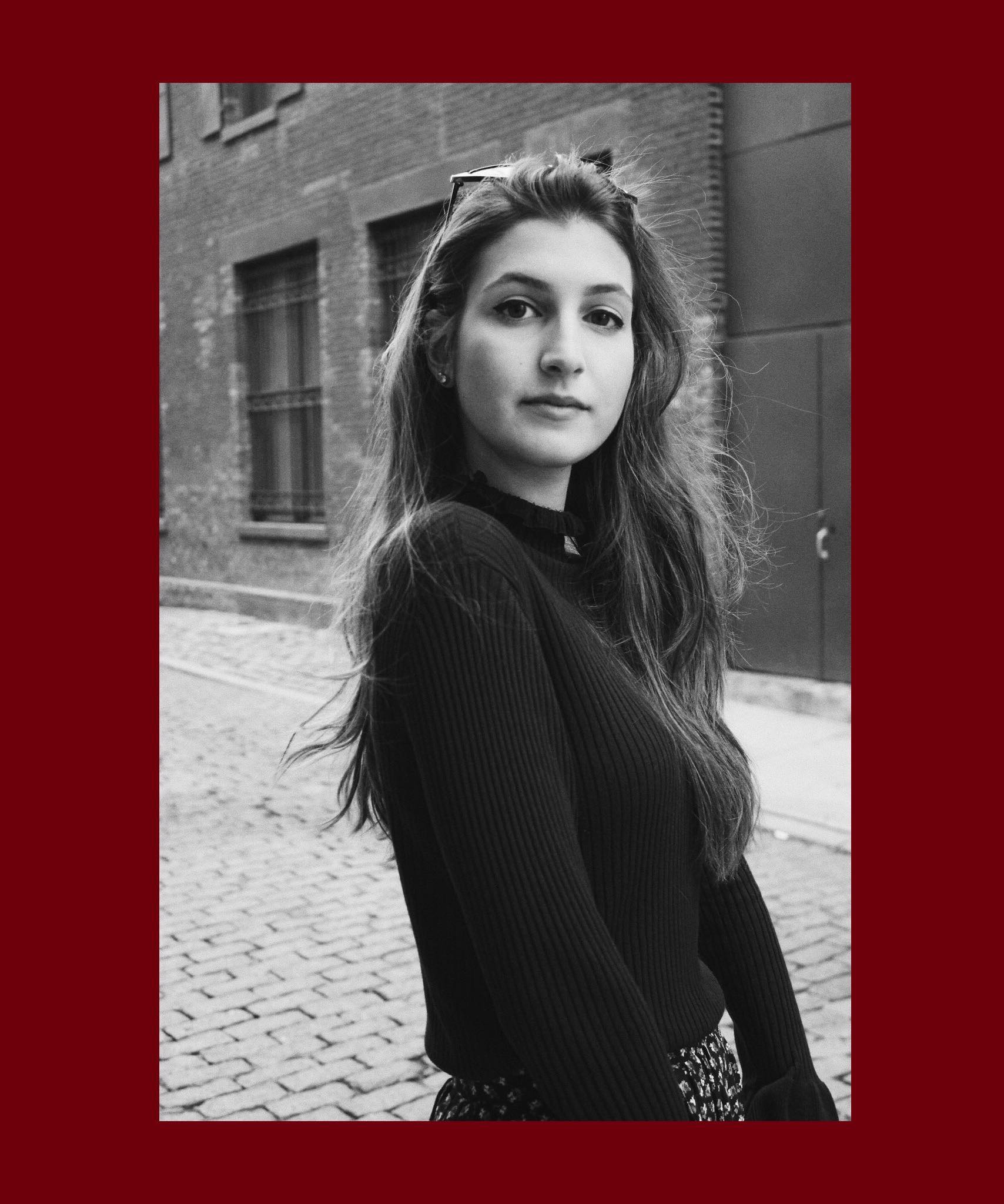 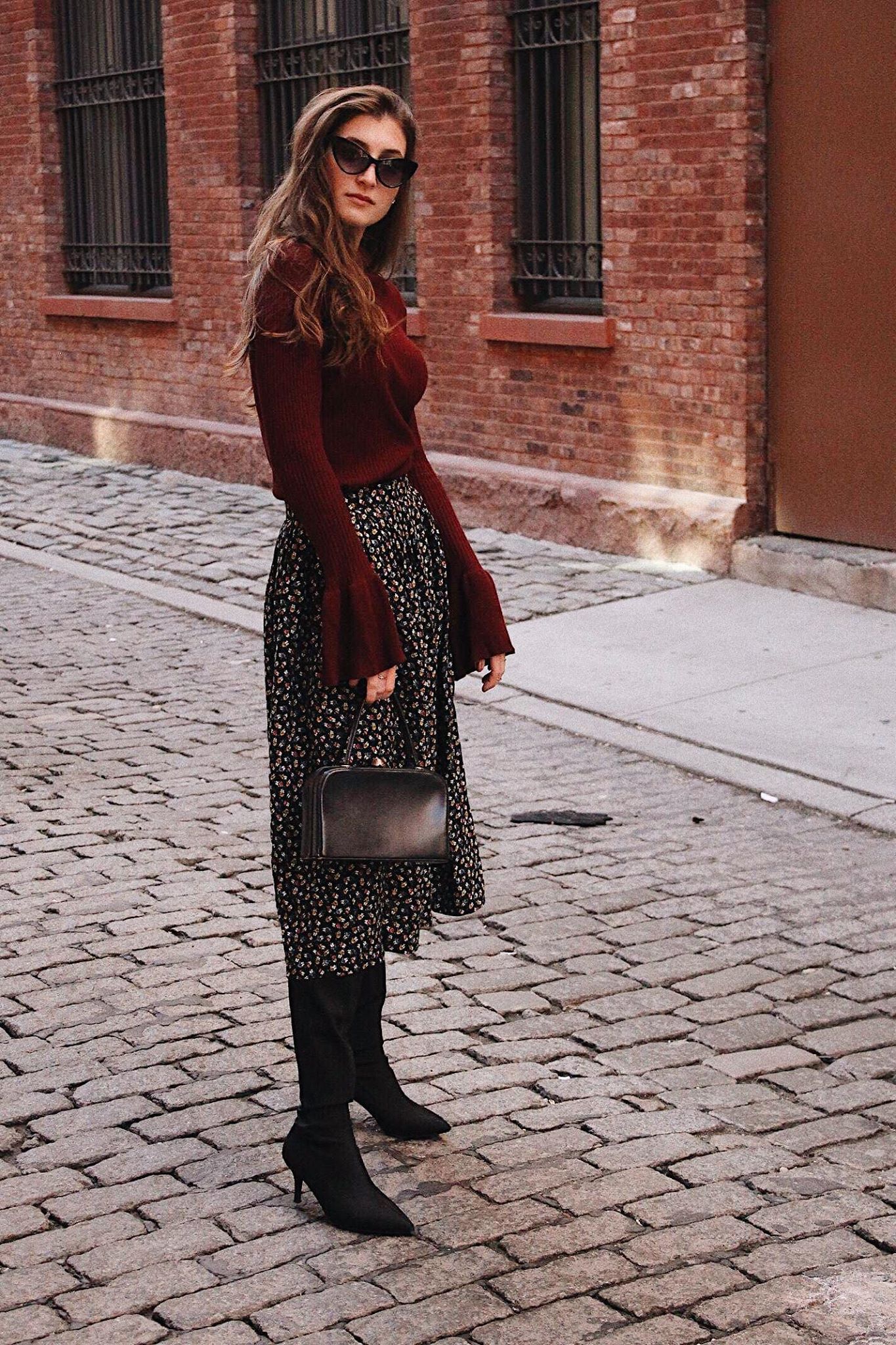 Best yet, escaping “upstate” for the weekend—a beloved practice that really just means driving an hour or two away from the skyline to drink overpriced cider, Instagram a few apples with the caption “Neature” as though the entire concept of produce is a novel one when you live in the city, and whip out your plaid scarf for its annual outing. The whole thing is ridiculously trite, yet rather calming in its cliché. 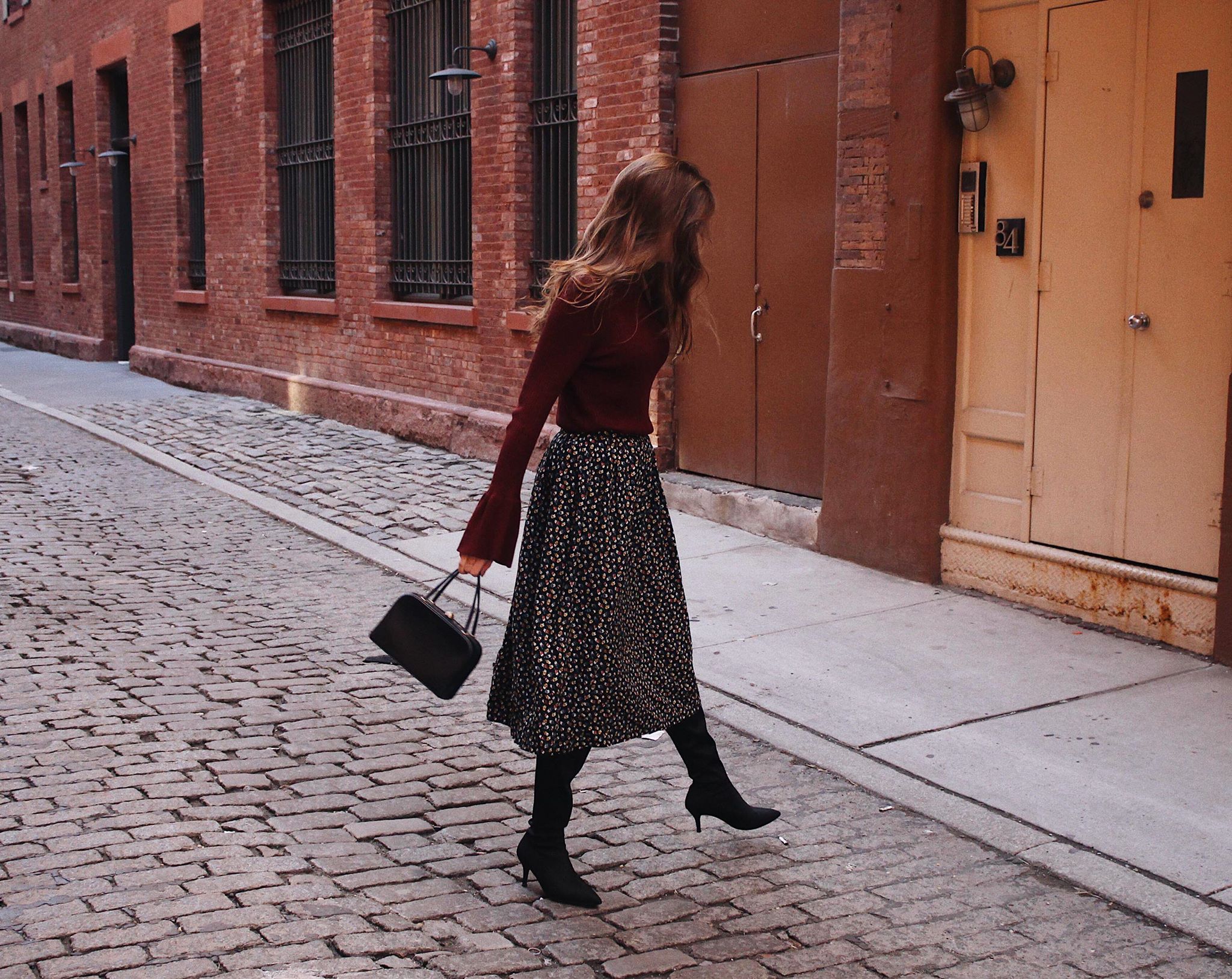 Another cliché serving as a somewhat indisputable marker of fall is the sudden onslaught of turtlenecks. Let me tell you, as an early onset geriatric, this is thrilling. Screw the holidays; early turtleneck season is the most wonderful time of the year. A top that eliminates the need for a scarf and conceals 100% of your torso? Sign me up!

There is a myriad of ways to wear the simple turtleneck. Tucked into high waist flares for a retro ’70s look, preferably with a boxy shoulder padded blazer to go full walking birth control. Cropped and tight, paired with a mini skirt for a going out look that says “I’m here to have a good time and stay out past 23h” but also “I will not get pneumonia waiting in this bouncer’s line; not tonight, Satan”. 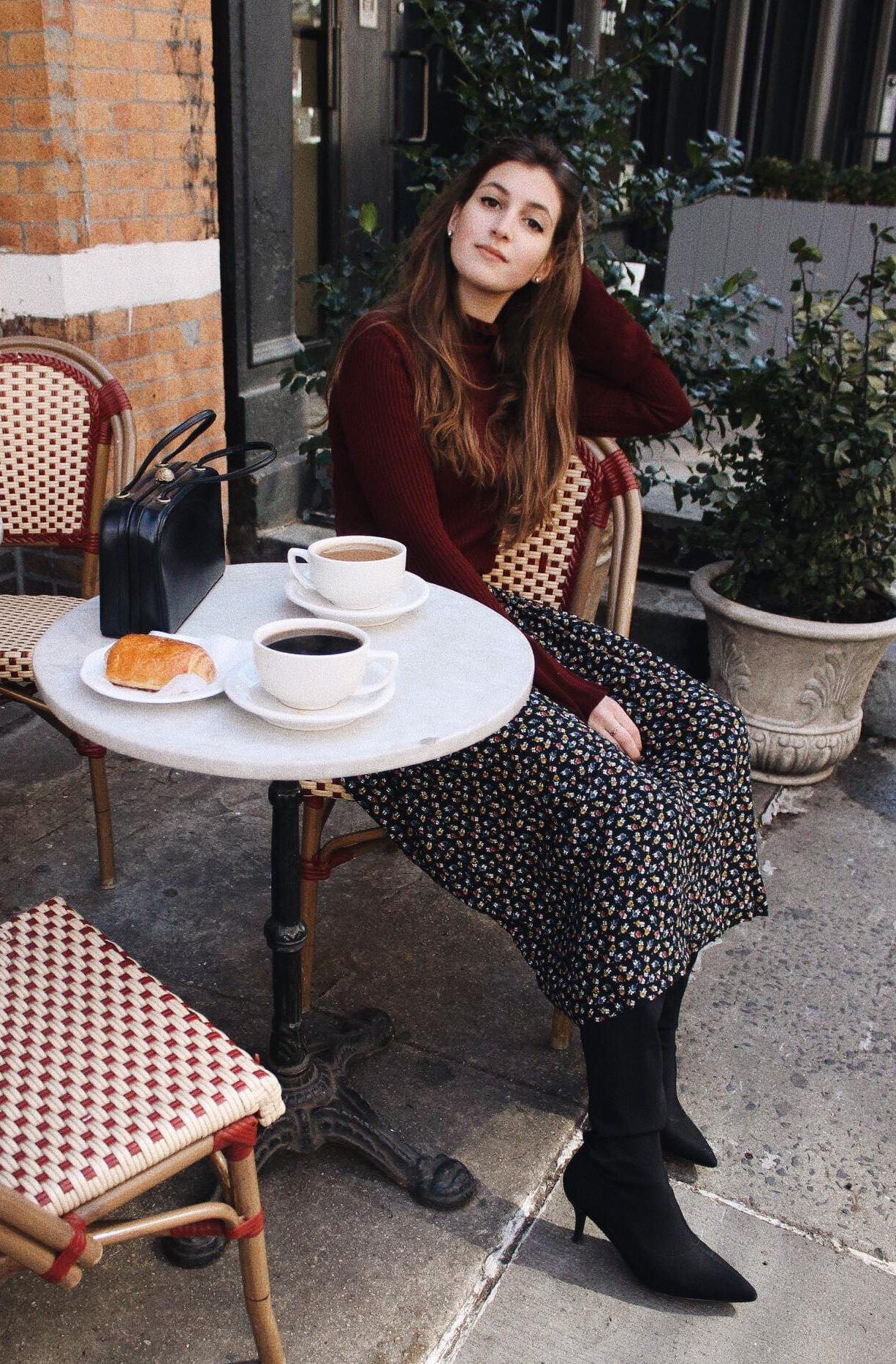 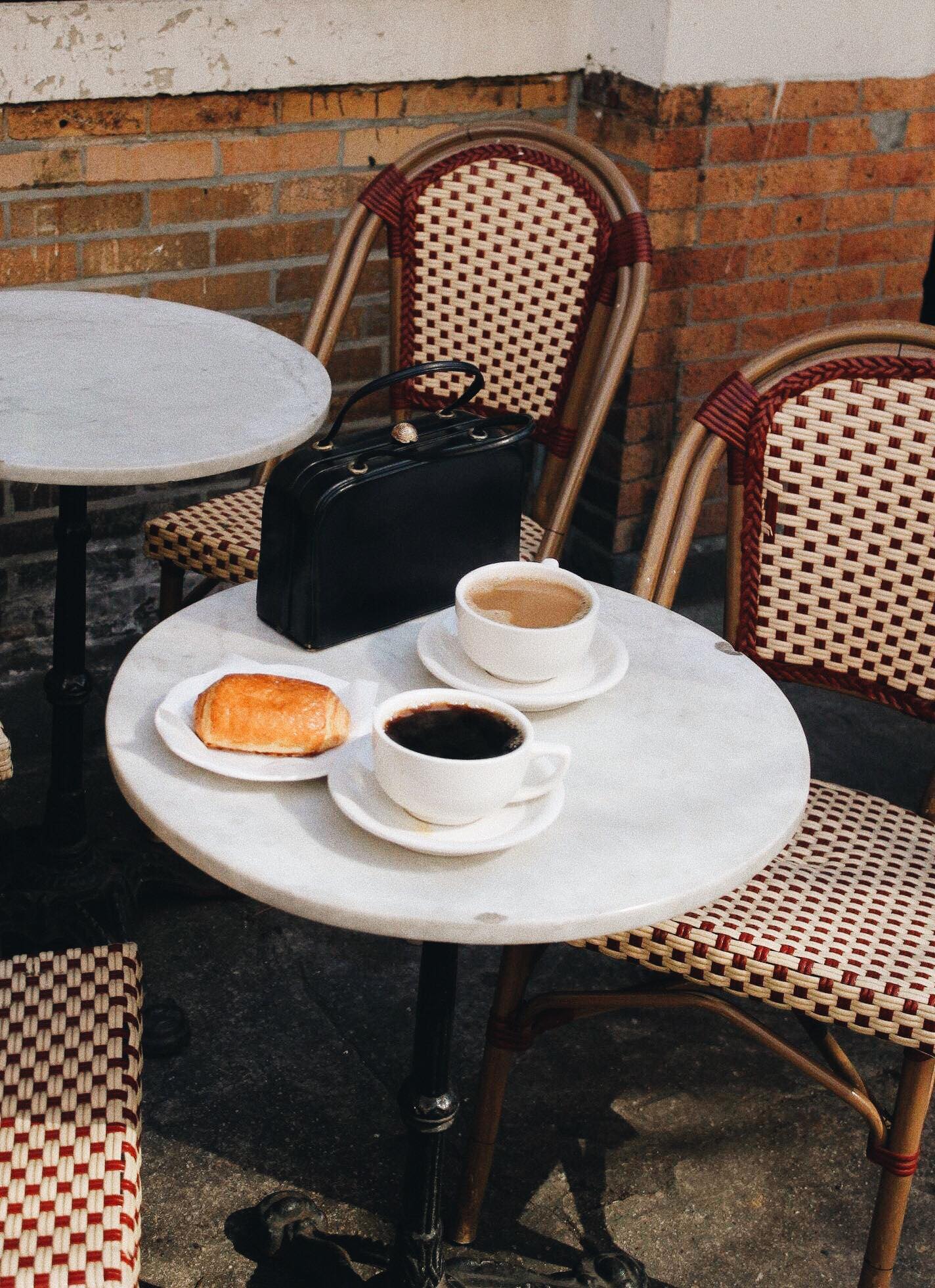 My favorite way includes a midi skirt and over the knee boots so that every square centimeter of skin is covered, because who needs a boyfriend, anyway? 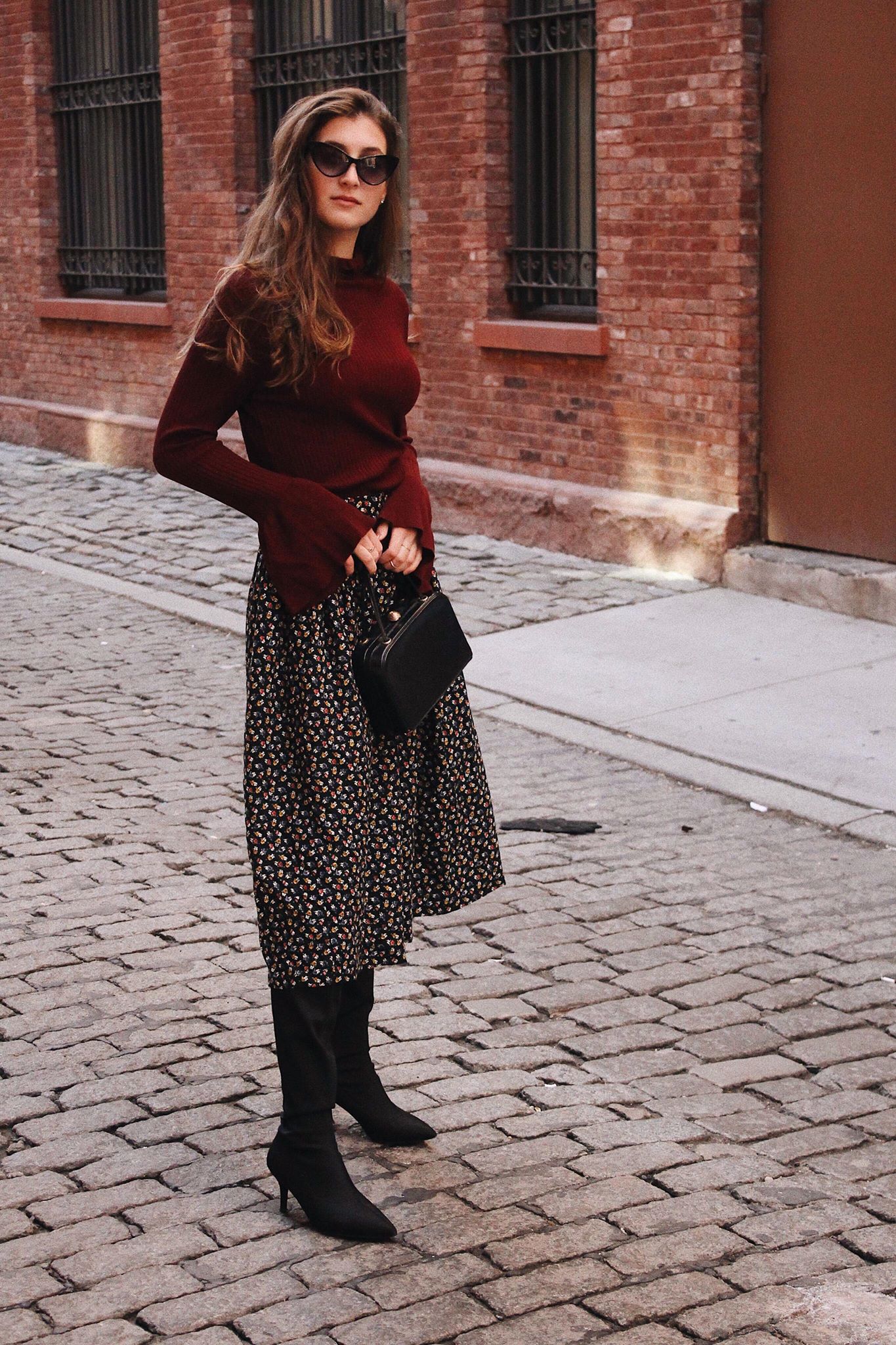 I stalked this particular turtleneck for a few months before finally committing to flamenco sleeves. The skirt is poached from My Mother’s Closet; my favorite local indie boutique.

And as for the boots, I waited a suitable amount of time (read: till the kitten heel sock boot trend had been dead and buried) before finding a cheap version at ASOS—which I do not recommend because the heel came off a few months after the purchase, and the elasticity is gone with the wind. If I could do it over again I would get these sleek Mango ones, or change the silhouette altogether and go for a chunky heeled knee-high, like this beaut Dear Frances pair. 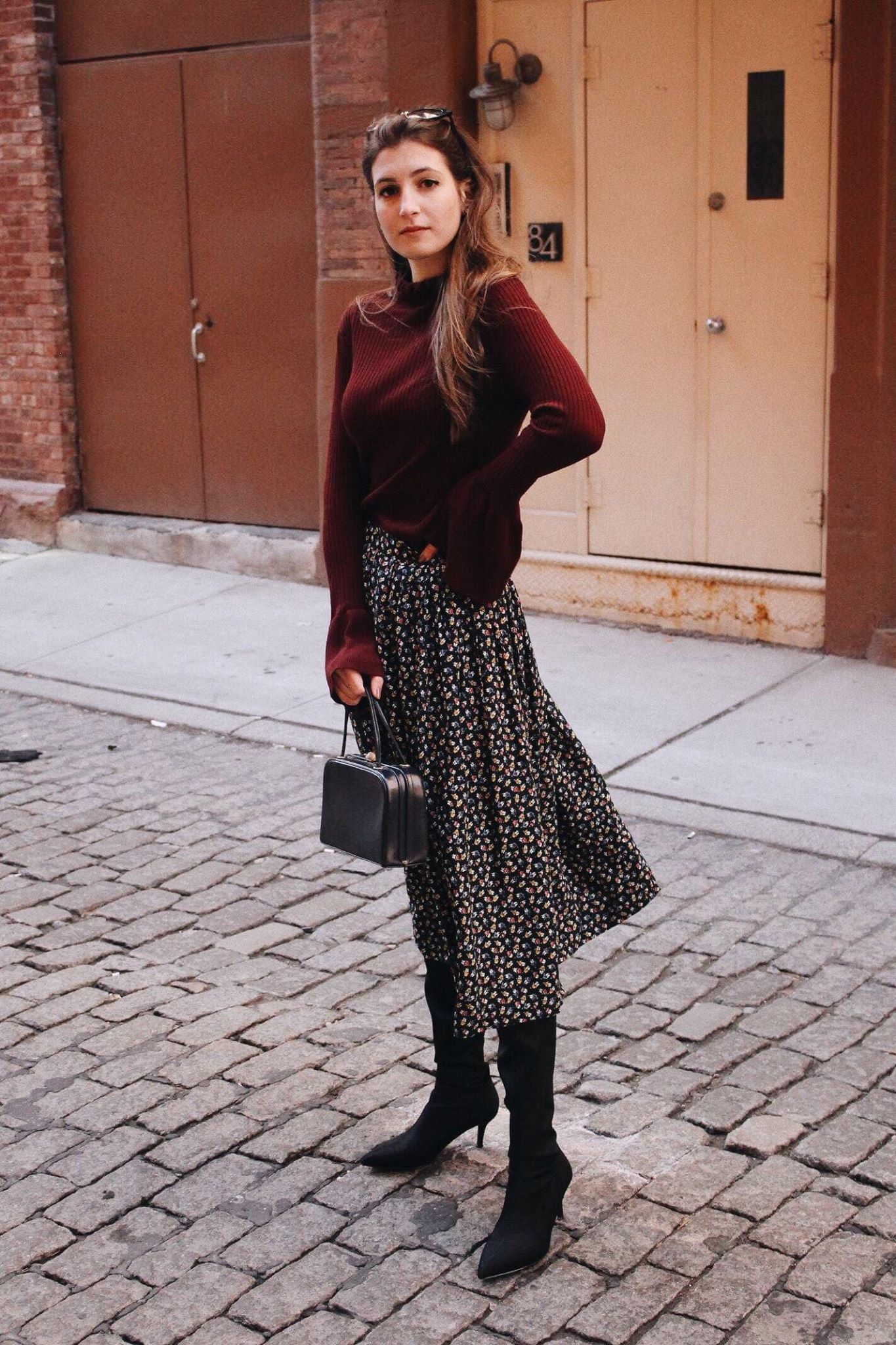 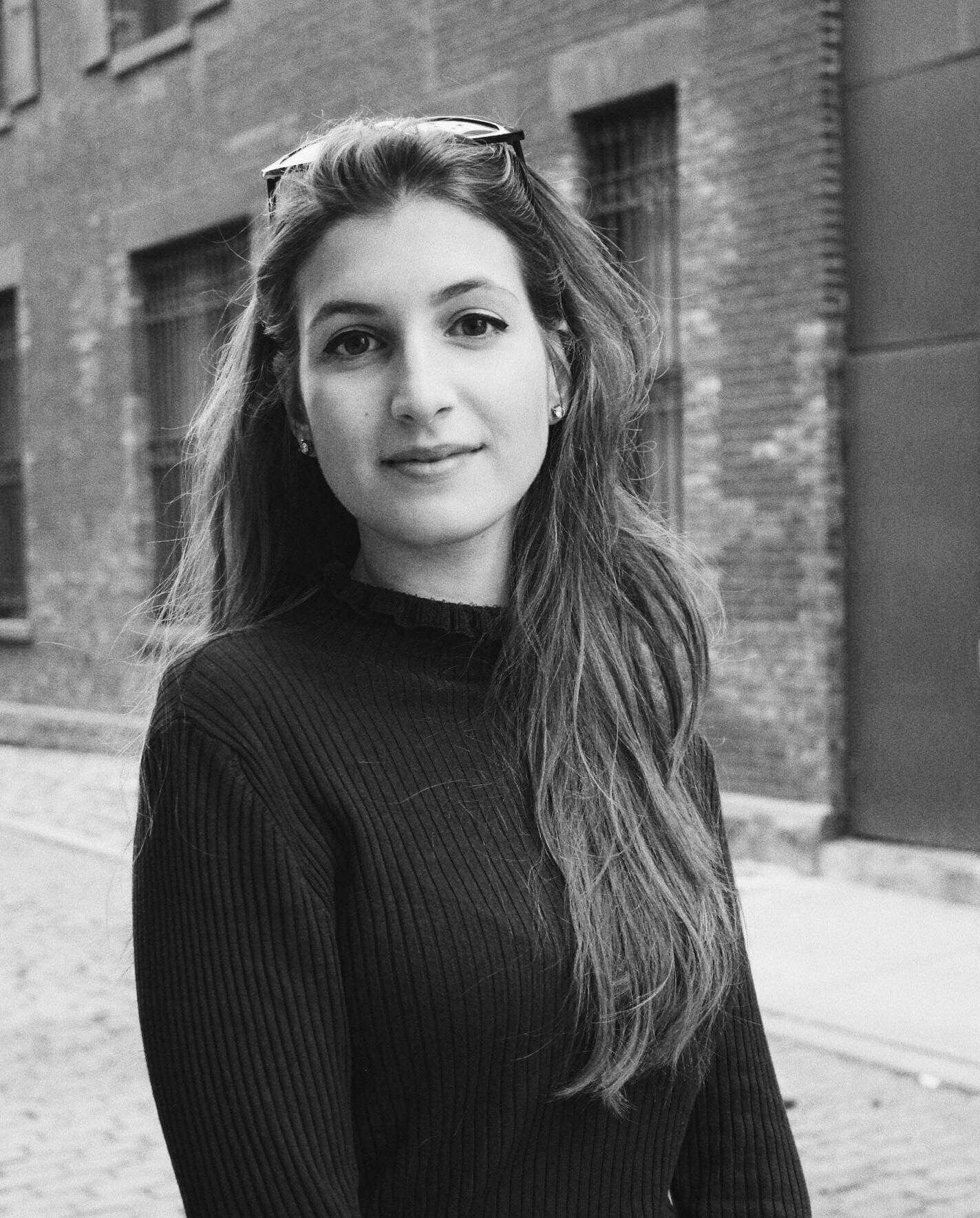 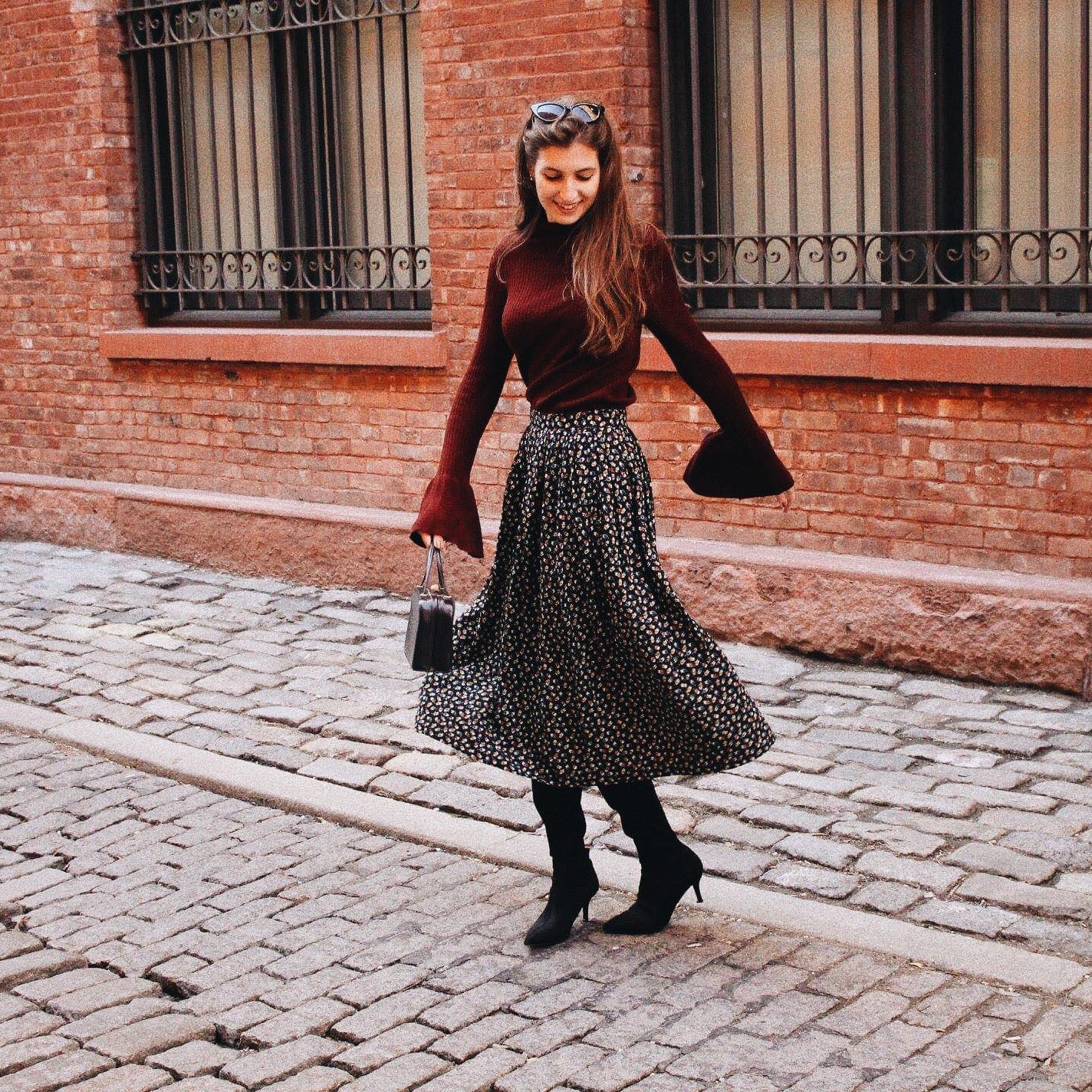