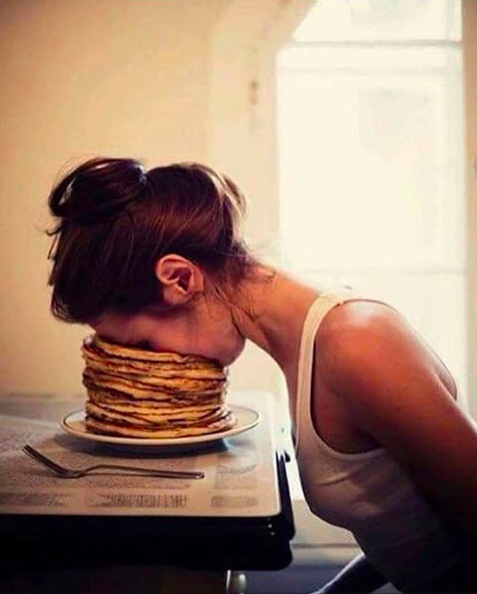 It began, as most of my monumental life decisions are apparently wont to do, as an impulse.

I was in the midst of planning a holiday in Greece for the month of July with a couple of my best friends from Italy whom I hadn’t seen in varying degrees of years, when it hit me: The $3000 I was about to drop on a flight to Athens from NYC, a house on Airbnb, and the myriad of boats required to actually get to any of the islands would probably be better spent on a new apartment. Should I move? I should definitely move. Also, I need to go to Trader Joe’s.

Sparing everyone the emotional trauma that came from the ensuing roommate situation—housing searches and trips to Ikea must be among the biggest reasons for the dissolution of any relationship—and fast-forwarding to the actual apartment hunt, we arrived in early June. Which was fine, I reasoned, because we had a full month to find an apartment.

Here’s what I thought would happen: On day one of the hunt, we’d swan into a no-fee, two-bedroom apartment somewhere in the West Village. Priced around $3300 and preferably containing an exposed brick wall, it would be the perfect space. My roommate and I would then exit stage left to an endearing coffee shop, like one of the ones you always see in cute New York-centric movies where people go to deliberate decisions over an overpriced latte they never actually drink. We would engage in a House Hunters-style mini debate about the pros and cons (“On the one hand, the house has hardwood floors. On the other, it doesn’t have a roof!” “I’m torn” “Same”) before eventually signing the lease.

Here’s what actually happened: I think I may write a book about Manhattan real estate tentatively entitled, Everything’s a Scam and Vaguely Smells Like Pee: Suddenly, New Jersey Doesn’t Look That Bad.

We saw one apartment in “Soho” (which was only geographically accurate if “Soho” means “in the same city as Soho”) whose previous tenants may or may not have been legitimate mice. “It’s not that bad!” said the landlord. “I’m calling the health department!” I responded.

The apartment on Christopher Street had floors so slanted that I believe it may have been the inspiration for the leaning tower of Pisa. We did get a free bottle of rosé from the landlord, though, so not a total loss.

Another West Village home, which welcomed us with a dead cockroach the size of my iPhone planted ceremoniously in the middle of the hallway, straight up didn’t have an oven. Or a wall for the second bedroom, which we were encouraged to envision using our i-m-a-g-i-n-a-t-i-o-n.

We saw an Upper West Side brownstone one block from the park with a “full bedroom” so tiny even the real estate agent apologized, right before launching into an animated soliloquy about how students are ruining the housing market.

Pretty much everything in the East Village looked like it was once the scene of several murders.

And don’t even get me started on New York City brokers, a species so shady they will probably come back in their next life as 50% off in the light fixture department of HomeGoods.

Eventually we did find what I can only describe as the apartment of most of my dreams: perfectly situated on the Upper West Side, with French doors and ample space for all 502 of my turtlenecks. It has some drawbacks, like the fact that it’s a six-floor walkup with nary a laundry machine in sight, and all things considered even I would rather be in Philadelphia but it’ll work.

We ended our search a mere two weeks after beginning. And though this doesn’t sound like a lot in terms of timing, it actually is a lot in terms of years of life lost a) due to stress and b) in negotiations with every deity I could think of to end the apartment hunt once and for all. Here’s what I learned: