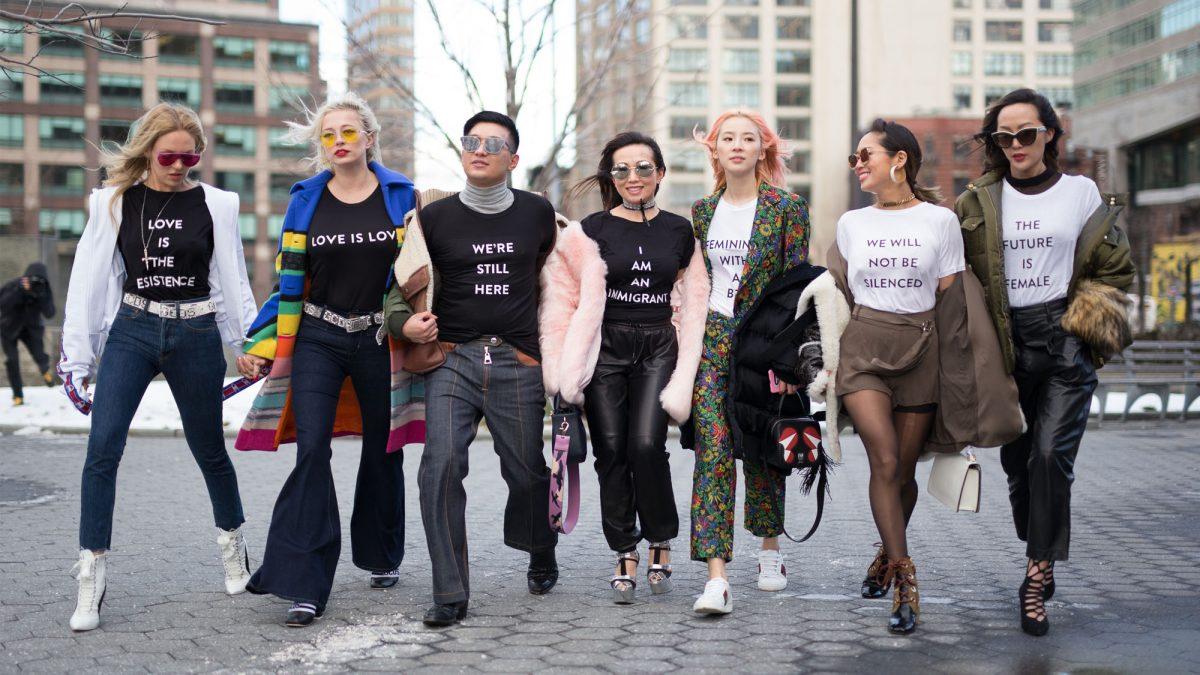 If I receive one more email from a PR person proclaiming how this new pink pajama set/lamp/razor/candle is going to empower me to be a better #feminist, I may toss my decidedly gender neutral (and therefore #antifeminist) desk decor out our 16th story office window in despair.

The media industry thrives on commodification, from social movements to holidays that may or may not actually exist—the fuck is National Nap Day?—to the weather. I get it: Capitalizing on whatever’s currently capturing the zeitgeist is a smart move, from a business perspective. More clicks equals more page views equals more revenue in the long run.

But there’s something about using feminism as clickbait that feels particularly exploitative. Maybe it’s because labelling a product as “feminist” by virtue of its color seems a smidge counterproductive. Maybe it’s because the entire Me Too movement currently seems precariously perched on the brink of descending into hysteria, with ridiculous developments like “feminist candles” being one of the reasons people might fail to keep taking it seriously. Or maybe it’s because the people generally guilty of these kinds of small transgressions are themselves women.

Given that we’ve just come off a particularly closely-scrutinized fashion month, it seems the opportune moment to discuss fashtivism. Fashion’s “Me Too” moment—two of the biggest photographers in the biz, called out for sexual harassment and assault—seemed to come and go at a speed Kylie Jenner’s hair color would’ve been jealous of. It’s not that there wasn’t any horrific behavior to uncover (anyone who spent any amount of time reading up on Cameron Russell’s #myjobshouldnotincludeabuse initiative would be able to attest to that), so I’m not sure why this wasn’t paid more attention. And I’m not here to hypothesize; if you’re interested in delving into that particular subject, read Jessica Pressler and Alexa Tsoulis Reay’s brilliant piece on The Cut.

Instead, I’m more interested in how fashion chose to react to this newest surge of feminist energy in the last month. It’s been fascinating to watch how the industry has changed these last couple of seasons; first, as a reaction to the racist honey-glazed baked ham currently taking up residency in the White House. The statement in the last few seasons was much more straightforward: Public School’s “Make America New York” hats, Prabal Gurung’s “This Is What a Feminist Looks Like” monochrome tees, and, of course, Dior’s “We Should All Be Feminists” moment that started it all.

This season saw a less literal approach. Yes, the catch-phrasey pieces that were tailor-made for Instagram were present—looking at you, Pussy Power bags at Tom Ford—but the overall nod to Me Too and the current cultural conversation was much more symbolic. Designers created collections so supercharged with varied ideas of what it means to be a woman that you couldn’t definitively come away with a theme other than empowerment. Which is a word I hate, because it’s more overused than butter in Paula Deen’s household, but it’s true.

There were collections that celebrated the female body through unapologetically sexy silhouettes, à la Saint Laurent. Collections that went the complete opposite route and were positively Amish in their conservatism, like The Row. Shoulder pads and power suits aplenty. Bold red hues that convey both power and allure. There’s no one definition of what it means to be a woman, to be feminine, and that’s exactly the takeaway from this past month.

Which, compared to the gimmicky slogans that ruled as recently as last season (and, let’s be real, won’t probably ever die down), feels to me like a smarter route. To return to my original point—which exists, I promise—reducing a social movement to a catchy t-shirt or a pink decor collection is pretty pointless. Shaving with a razor that’s supposed to stand for female empowerment but to me looks suspiciously the same as any other razor at Target isn’t going to do any favors for the gender. You know what will? Changing people’s outdated perceptions by showing, not telling. As women, we shouldn’t need to explicitly tell people that we’re strong, intelligent, sophisticated, whatever. We can show them, through actions and through clothes. Which, after all, are meant to be the truest expressions of ourselves, no? Shoulder pads for all!