Dressing for winter generally renders the wearer in one of two categories. One is the full muppet, wherein the wearer has donned as many scarves, coats, and fluffy materials as possible to combat the cold. This includes a hat that conceals most of the face and leaves only two beady little eyes peering out from underneath, silently pleading for a respite to the misery that is winter.

The second is the fashion winter lewk (NOT “look”, you ignorant peasant). This is completely impractical and may even include the cardinal sin of bare ankles in January, but that matters not because an Instagram feed waits for no sunshine. You’re not fooling anyone, New Yorker wearing only a chiffon blouse and jeans in the middle of a snowstorm, we know you have a puffer jacket the size of Texas draped around the Instagram husband/unsuspecting friend/Uber driver currently taking the photo.

I nonetheless appreciate your commitment to chiffon.

Prior to moving to the city, I fancied myself rather adept at dealing with colder climates. I’d been skiing three times, after all, and had survived two separate wintry trips to Scotland. Snowmageddon MY ASS, I said flippantly to the imaginary camera crew following me around and documenting my every move. I had this winter business under control!

And then the gods smote me.

I quickly learned that winter in New York is unlike winter anywhere else, except possibly Antarctica, but I have no current designs to move there (the minimalist all-white backdrop would wash me out). After my first January here, I began planning my excursions in terms of frostbite shelters. How many Starbucks were there between my apartment and the restaurant that I could duck into for four minutes of refuge? Was there a Duane Reade I could step inside to feign interest in upper lip waxing kits whilst I warmed my hands?

I am currently in possession of three separate coats, only one of which is actually warm. It belonged—like most things in my wardrobe—to my mother, until I guilted the poor woman into letting me have it. And I love it with the passion of a thousand Spaniards, but as someone who does not ascribe to the capsule closet theory and doesn’t have to wear a uniform, it’s getting a little tired.

Unfortunately for me, small practical annoyances like “rent” and “dinner” preclude me from spending my paycheck on new coats with which to update my wardrobe. Being that I already have three, I can’t justify the purchase. But can I justify spending hours online looking at the coats and jackets I wish I could buy?

Probably not, because I have a job and deadlines, but here we are. 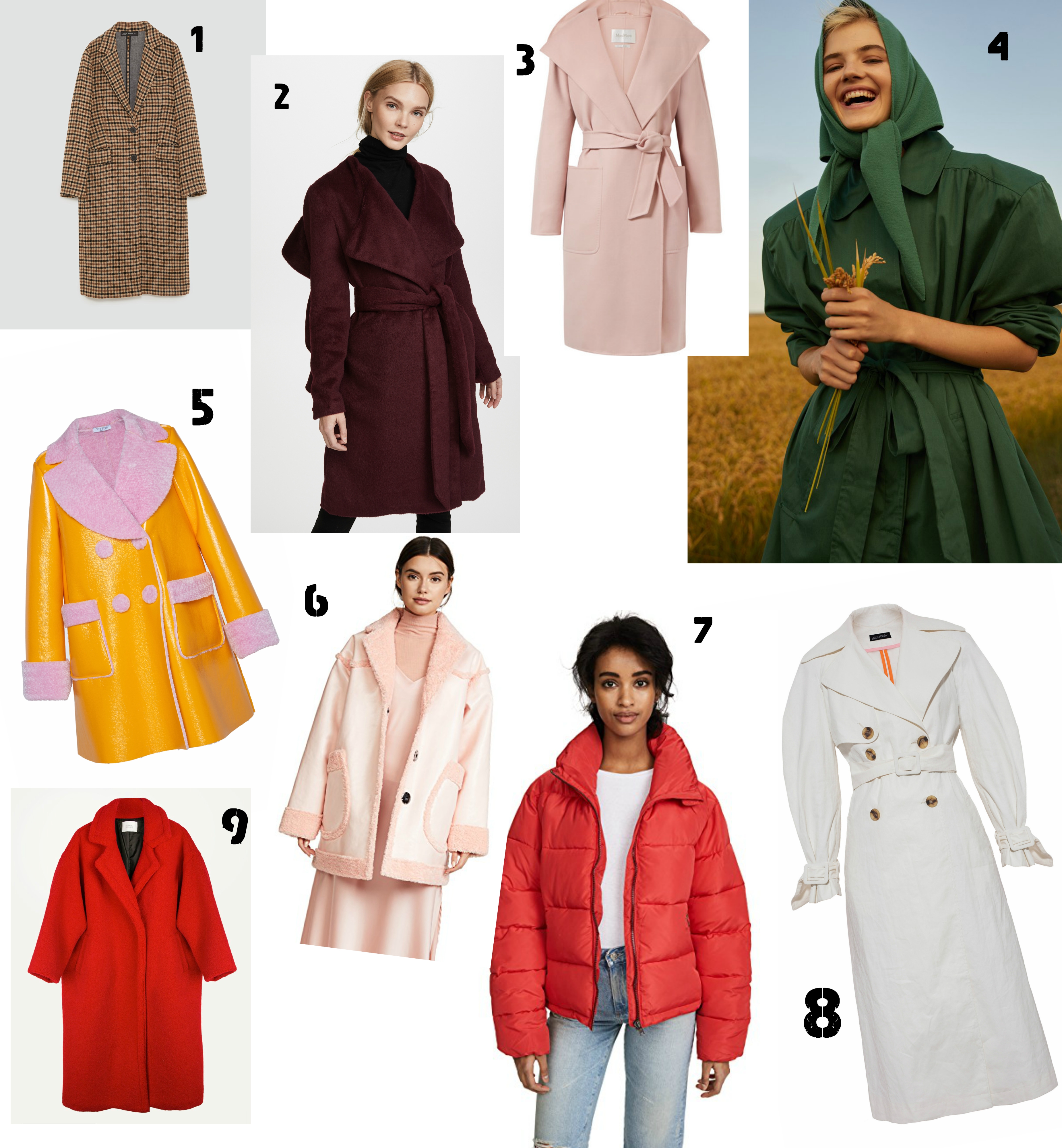