Chris B. Harrison: Tonight we’ve got a very special guest watching the show with us tonight. Here in the studio. RAQUEL’S BACK BITCHEZ

THE DATE WITH PETER THAT WILL NOT END

Peter: What if I’m not ready to ask you to marry me in the next week?
Rachel: Boy bye 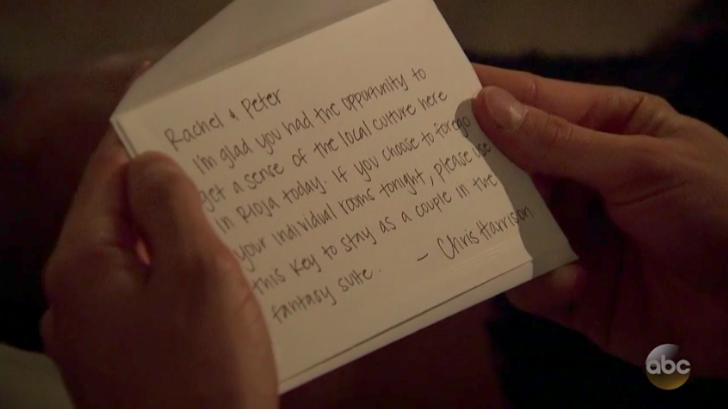 Next, Rachel and Bryan go on the requisite horseback date of the season and end up drinking wine in an abandoned pavilion that just happened to be in the middle of the Spanish countryside. Which tbh sounds like an ideal way to spend the afternoon. If Bryan and his stupid hair gel weren’t there.

Rachel: How do you think meeting the families went?
Bryan: I would definitely give myself an A+. I did great. 10/10 would recommend to a friend.

This date is so boring. I have had trips to the DMV more riveting than this.

Rachel: I want a proposal and I don’t want a boyfriend
Peter: 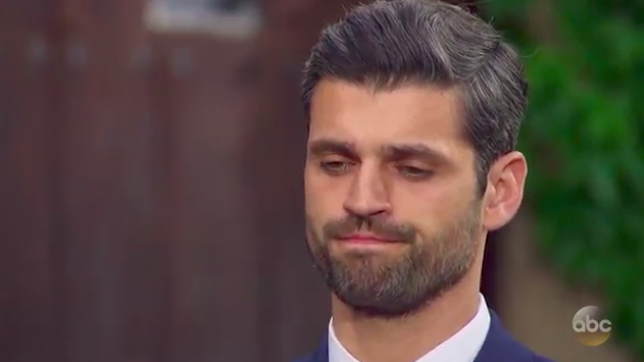 Rachel: I love you but I’m not in love with you
Eric: AND IIIIIIIII WILL ALWAYS LOOOOVE YOUUUUU 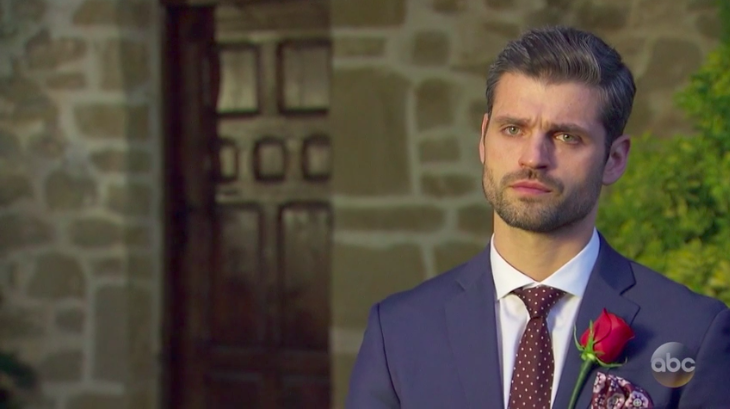 MEANWHILE, IN THE ABC STUDIOS

Does anyone else find it funny that Eric is announced as “ladies and gentlemen… Eric!” as though he’s Beyoncé or something?

Chris B. Harrison: So honestly how hard was it to finally hear Rachel say she loves you, then break your heart and send you home the next day?
Eric: Average

Omg Chris B. Harrison dutifully delivering these ABC promos is incredible. “Every Bachelor wants to be the chosen one, but for Kevin, being chosen IS THE LAST THING HE WANTS!” “Sean Murphy is a brilliant surgeon at a prestigious hospital, but his greatest challenge IS HIS GREATEST STRENGTH!”

Chris B. Harrison, the biggest #spon whore of them all

Rachel: I thought today we could explore Rioja in a completely different way
Bryan: What way is that?
Rachel: We’ll be riding cows today instead

Everything about this guy is so fucking annoying.
Bryan: The way I am with her… if you want to call that “confidence” or “charm”, then so be it

Dude literally no one was calling it “confidence” or “charm”. The phrase “overcompensating asshat” does come to mind, however

Turns out that Bryan has written a sad, handwritten book for Rachel disguised as a “Spanish dictionary”. When did good ol’ pizza delivery coupons go out of fashion for romantic gestures? 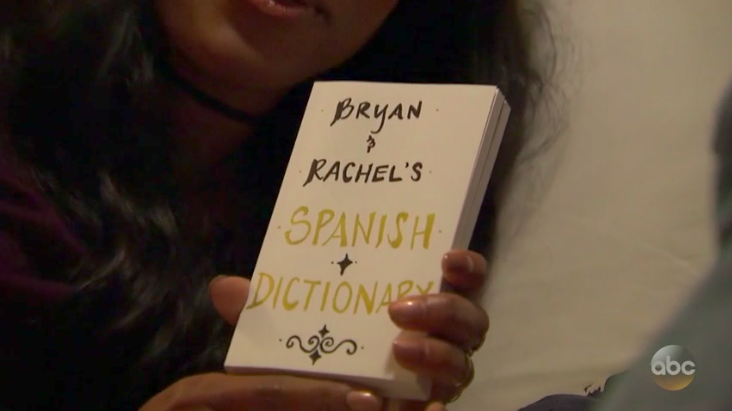 Spanish monk: Are you two married?
Peter: JESUS WILL YOU STOP PRESSURING ME

These two would have beautiful children. For the sake of our future generation Peter better win this shit.

Peter: I didn’t expect to find someone I truly care about. I just wanted to get some free teeth whitening kits

Do we think Peter even did some light Wikipedia-ing of this show before agreeing to come on it or nah because he appears to be genuinely confused with the premise of The Bachelorette.

I think Peter and Rachel just casually broke up in the middle of a hallway wtf Chris B. Harrison, this is NOT the dramatic season finale I signed up for!

Wait actually I am so confused. Did they really just break up lol

Confirmed: I texted my friend who already watched the episode and that was the break up. This is the most low-key finale I have ever witnessed. All I can think is poor Neil Lane, deprived of his little ring ceremonies. The man may never recover.

The real question now is, do I still have to finish watching the episode? How is there still an HOUR of this nonsense left?

Peter, currently, in the ABC studios: I came out to have a good time and I’m honestly feeling so attacked right now 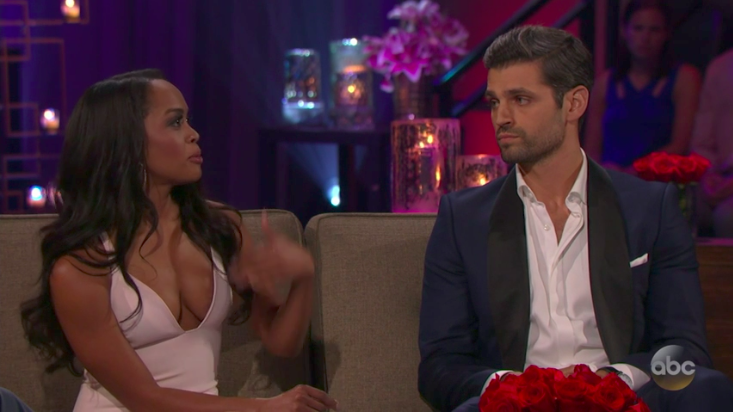 If this man is not the next Bachelor I will riot.

I can’t hear much over the terrible audio, but I’m guessing the dialogue went something like this:
Bryan: I love you
Rachel: I know

This man is ruining the good name of beautiful Spaniards everywhere with his spontaneous bursts of cliché Spanish. Cómo se dice “shut the fuck up”?

Do you think Bryan knows he won by default? If not, then watching this episode back is about to be quite the rude awakening.