Lee’s either drunk, an asshole, or a drunk asshole. I believe the hair gel has finally seeped into his brain.

Dean, a man of few words: I just think Lee’s kind of a bitch

Meanwhile, racist Tintin has decided that he better spout his traumatic sob story now or forever hold his peace (AKA get sent home), so he announces that his grandfather had cancer —a fact which “kinda bothered” him— and then unceremoniously presents Rachel with a sad, handwritten note on a block of wood. Well not so much a note as a singular word (“enchanting”) which Rachel then has to pretend means a lot to her even though she legit met this psychopath last week. Give the woman an Oscar (or at least an escape vehicle). 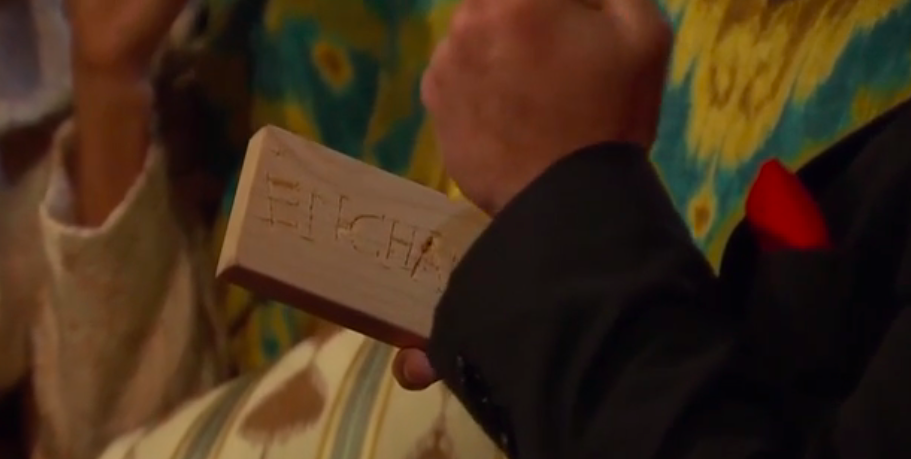 Lee, who apparently never graduated from the fourth grade: There’s nothing that makes an angry guy angrier than laughing at him. It’s great.
I would say that Lee is behaving like a child but that would be an insult to children everywhere.

“Tell me what you want. I can facilitate anything” —Chris B. Harrison, Bachelorette genie

Lee gets to stay on another week, because every producer knows you can’t let the plot twist get away!

ONE ON ONE WITH DEAN

The date is taking place in Bluffton, South Carolina. Bluffton: the perfect place to fall in love

Just kidding, they’re taking this date on the road! Via a blimp, which is a mode of transportation I previously thought to be extinct. Oh well, when in Bluffton!!!

Lol they haven’t even stepped onto this blimp yet and already Dean is planning his eulogy. Rachel then decides to assuage his fear of heights by abandoning him alone in the back of the blimp while she commandeers the controls and almost attempts a dive.

Back at the house, all the men start PMSing about Dean and Rachel’s age difference. No one is more affected by this calamity than Bryan with a “y”, who claims that Rachel and Dean’s six year age difference (he is 25, she’s 31) is going to be a deal breaker.

Of course, Bryan with a “y” is an idiot who doesn’t realise that he is 37, meaning he too has a six year age difference with Rachel. Ah, double standards.

In other news, I want to report that I’m in love with Dean, henleys and all. So much so that I’m willing to excuse the inevitable cringey concert that followed the date. And the fist pumping that ensued. 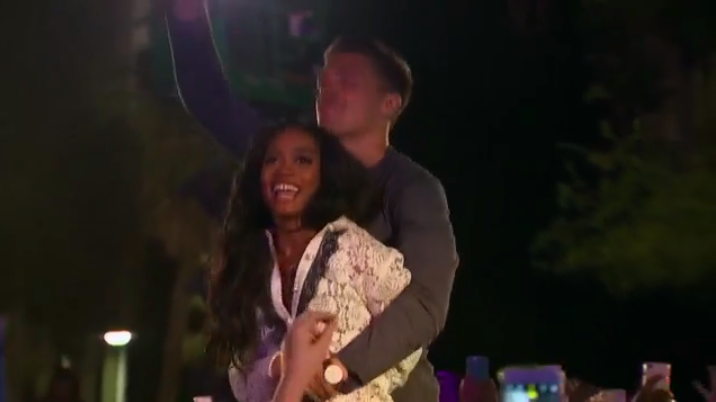 Extremely confused about the theme of this date. So far they have limboed, attempted a dance off, and participated in a push up contest. What is this, summer camp or The Bachelorette?

It just got worse. There’s a rap battle underway and Peter the well-groomed wonder elected to rhyme “heart” with “fart”. He also called Rachel a girl from the hood which I’m pretty sure is not kosher.

Rachel: I’ve got a surprise for you! A SPELLING BEE!
Yes, because nothing screams romance like competitive English!

Omg being able to spell “champagne” does not equate to intellect. Should we be concerned that these men are CEOs and lawyers and seem to lack a grasp of basic fifth grade spelling?

Eric just spelled “facade” as “physde” and Rachel’s face sums everything up perfectly: 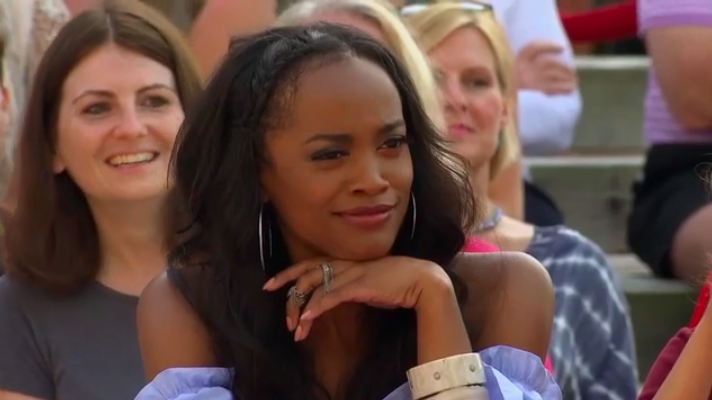 Though you’ve gotta love Peter spelling “coitus” as “quicui” and some hero yelling from the back: “NO COITUS FOR YOU”

Damn Iggy who pissed in your organic chia pudding?

Iggy’s walking around with this holier-than-thou attitude like he’s the goddamn wise man of the forest and has some deep knowledge of all other contestants in the house.

Iggy’s the typa bitch to make a Burn Book.

In the middle of all this unnecessary drama surrounding Iggy, Josiah casually drops the fact that Iggy probably does steroids and is on drugs 24/7, lol!

Lee: People keep telling me that I’m so positive and genuine!
Rachel: Literally no one has ever said that

Lee to Rachel: Kenny was mean, and he yelled at me, and he gave me the finger, and he was aggressive, and then he stole my white gold hoop earrings

Tbh the biggest offense in this entire season continues to be Lee’s outfits: 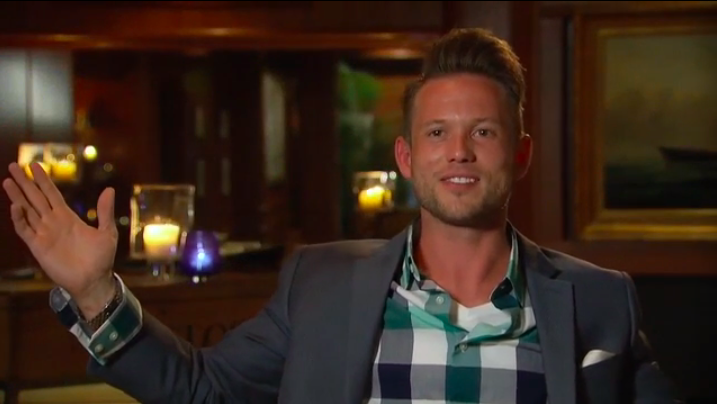 Like seriously? What, were you halfway through farming corn when you remembered you were late for church? What is this flannel x white tee x blazer combo? You are not Ryan Gosling. You’re not pulling it off.