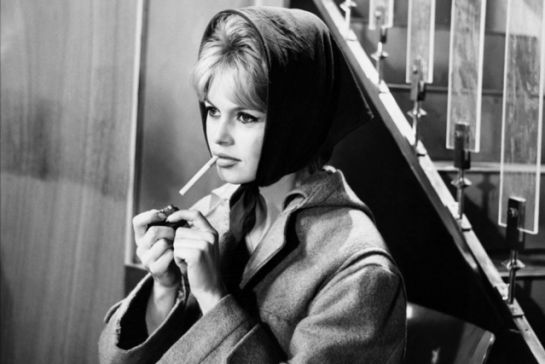 I recently spent the majority of a weekend morning nursing a level-6 hangover and scrolling through the Instagram feeds of the likes of Camille Rowe, Jeanne Damas, and Camille Charriere. I debated naming my future child Camille. I then spent a solid hour and half watching Caroline de Maigret, the OG of making you wish you could trade in all your belongings for a day of living as une femme Parisienne, explain to me via various digital shorts that the best way to achieve that sought-after je ne sais quoi is by not actively trying to achieve it. Which makes little to zero sense to me, but whatever.

I’m not proud of how I spent my time. I should probably have been doing laundry.

But I’m also hardly alone in this obsession we have with all things French. We are a culture obsessed with turning into an army of mini Clemence Poésy-s. I know it, you know it, and the hairdressers of America who are constantly instructed to mimic the “I just rolled out of bed but every stray hair is extremely intentional and not the least bit tangled” vibe know it too.

Why is this? Who knows. I blame Brigitte Bardot and the buttery flakiness of croissants.

I get it, and to an extent there’s nothing wrong with wanting to be French! The whole idea is a romanticized snapshot of something that seems other-worldly, maybe even stuck in a past era of glamour that doesn’t exist anymore. So long as we remember that the “French” in question is not indicative of the majority of modern France at all, but rather an idealized uber-feminine trope perpetuated through things like hazy-filtered “retro” Instagrams of breton shirt-wearing women eating pastries and books like How To Be Parisian (spoiler: be born in Paris, full stop).

Having lived in France for a grand total of four months —which because I am a milennial, makes me entitled to give my unsolicited opinion on the country— I confronted this stereotype of the perfect, flawless-without-trying woman head on. And it is bullshit, mes amis. A complete and utter crock of merde.

I lived with a host family in one of the more well-to-do areas of Lyon. They were classy people who were perpetually armed with a baguette in one hand and a cigarette in the other. The middle-aged mother had better skin than I do and an impressive collection of crisp button downs. My room in the apartment was a whitewashed Parisian-esque dream that even had a window seat perfect for pensively staring out at the river whilst pondering Voltaire and my hypothetically long list of ex-lovers.

But the rest of Lyon was decidedly less romantic. Of my French peers at school, approximately 5% were tousle-haired walking Vogue adverts. An alarmingly higher percentage seemed to have pledged allegiance to brands like Quicksilver and Abercrombie. On my way home from class I was as likely to pass a shifty-looking gentleman trying to sell me weed as I was an immaculately-dressed family of well-behaved children.

This isn’t me trying to shit on French culture —on the contrary, I miss living there every day— but more so me trying to point out that for all the unattainable ideals of French perfection, the real France is a lot more normal. Yeah, it comes with an incredibly rich history and several endearing customs, but in many ways it’s no different from any other major city in the world.

Not to mention the problematic conflation of the general idea of “French perfection” with “white, skinny, affluent woman”. The real France is a lot more diverse. But that’s a whole other can of pâté.