I didn’t recap the first episode of The Bachelorette last week because I had a waxing to attend to that seemed like more fun. However, it’s the end of the month and pageviews are due in soon, so here we are.

And while we’re disclosing state secrets, I also feel like it’s relevant to warn you that I didn’t watch last week’s episode before starting on this week’s, so I have no context for what is about to unfold.

Did Rachel already find The One?

Did someone reveal a dark past and 1-2 children that are “the most important thing to me”, except for the Other Most Important Thing which is exploiting them on a reality TV show for a couple thousand more Instagram followers and a Fit Tea sponsorship?

Did Chris B. Harrison, tired of years spent lurking in the shadows, finally announce himself as a contestant this season?

Fuck if I know. Let’s begin.

Holy hell who is this guy yelling what I can only assume is a hog call at the top of his lungs, and why does no one seem fazed by it? I swear to GOD if this is aboutta be Chris Soules 2.0 I’M OUT

Cut to a shot of Rachel, casually barbecuing what looks like enough to feed an entire Little League team, in the middle of the woods, wearing a fabulous dress. Same. 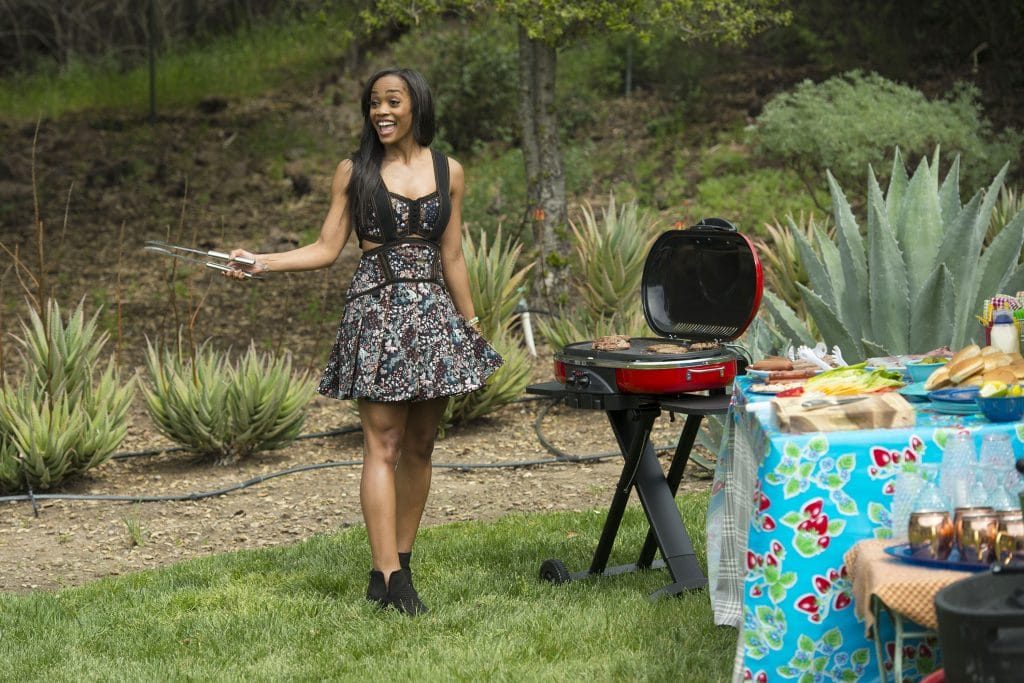 They’re now playing a fun game of football, which is all going well until tension arises in the form of something called “Lucas”. What is a Lucas? So far, a brief investigation c/o the other contestants have yielded results ranging from “a contestant not here for the right reasons” to “straight-up garbage”. More to come as the story unfolds.

Omfg is that Ashton Kutcher and Mila Kunis?????

Confirmed: that is Ashton Kutcher and Mila Kunis. What movie are they promoting and how did ABC rope them into this?

Mila: Everyone here has a job?
Tickle Monster: Define “job”

What ensues can only be described as a home-ec obstacle course that was going fairly well until half the doll-babies meet their untimely end after being dropped by the contestants during the vacuuming round.

People keep referencing something called a “waboom” and I am so confused. Is that the doll manufacturer or a pet name for Rachel or something?

Update: “waboom” is that inhuman shriek Lucas/Straight-Up Garbage makes “just cause he can”, according to Mila. Ashton’s face is all of us upon learning this little tidbit of information: 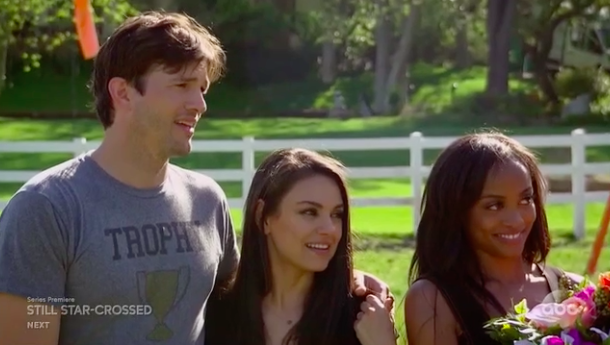 Lucas The Potentially Sentient Piece Of Garbage won this round by casually shoving a toy baby to the ground, which in the real world would be low-key murder but I guess it’s an endearing show of strength here idk

Lucas looks like a kiosk salesman at Costco who’s trying to convince you to switch to OxiClean. Seriously, who picked out this ensemble: 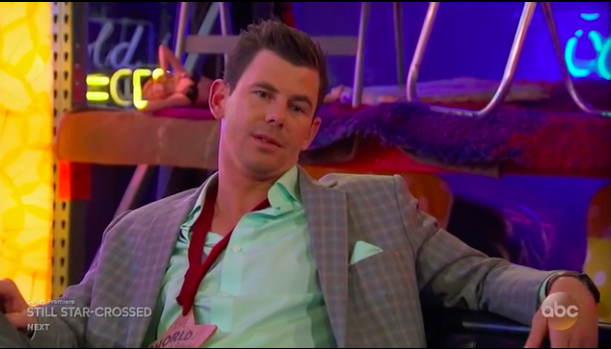 Blake to Rachel: Not to be dramatic and start things, but Lucas is not here for the right reasons and he’s probs using you for exposure, anyway tell me about yourself

Lucas to everyone: Why you so obsessed with me

Dean, of “I’m ready to go black and never go back” fame, wins the group date rose and it’s actually adorable. He’s even wearing a plaid button down! Say it with me: 1, 2, 3 awwwwww

ONE ON ONE WITH PETER

The main event on this date is a dog festival called “Barkfest” (are we supposed to know what this is?). How funny would it be if Peter was like “uh actually I’m allergic to dogs sorry”

To give you an idea about the riveting nature of this dinner date, Rachel and Peter are currently engrossed in a conversation about dental work.

Josiah, clearly unfamiliar with the concept of leggings: Rachel has on these legging-tight things that fit her body like a Coca-Cola bottle, amazing

Whilst on the date from my personal hell (organized sports, specifically basketball), we are introduced to the plot twist. Specifically, DeMario’s ex-girlfriend who may or may not also be his current girlfriend.

DeMario, thinking he’s about to get a rose before realising it’s a trap: I put it all out on the court the same way I do in life, you know, I just feel that the basketball gods blessed me toda— oh shit that’s my girlfriend

So I know we can all agree that DeMario is being a shady asshat, but also never trust someone who utters the phrase “I swear to you, on the kittens sleeping in my house right now, on my brother and father’s grave” and prioritizes her CATS over her dead father. Jesus these two deserved each other.

This is the absolute best thing I’ve ever seen. DeMario is trying to get out of this, Taylor-Swift-I’d-Like-To-Be-Excluded-From-This-Narrative style, and Rachel just straight-up told him to get the fuck out. At this point I’m so obsessed with Rachel I would be 100% down with crowning her Queen and paying taxes to her.

At the rose ceremony, Rachel is busy enjoying some wholesome activities like building a Barbie Dream House and having a thumb war with the contestants when DeMario shows up to ruin her day. This guy is like a cockroach that won’t die.

Of course, we won’t find out what happens till next week because ABC hasn’t ended a Bachelor/ette episode with a rose ceremony since 2014.

So instead, I leave you with this for posterity: