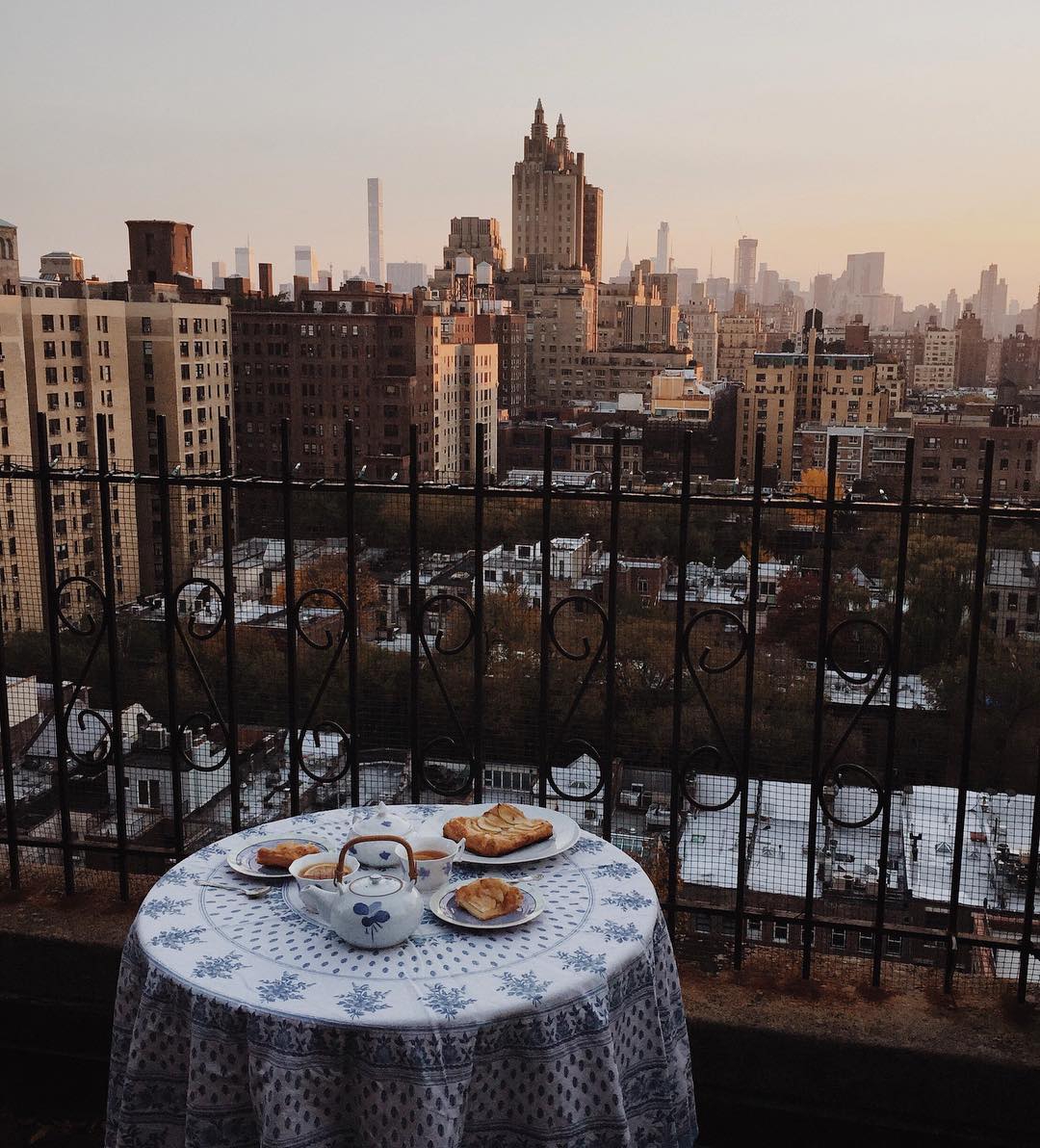 When I moved up to New York City back in mid-October, it was supposed to be a temporary situation. I had found an internship at a digital lifestyle magazine and the turnaround was so quick I even had to abandon the blog post on lemon-blackberry pancakes I was planning because I wouldn’t have time to shoot them. That’s when you know the situation is dire.

The internship was unpaid, which was not great, but was in New York and in the right industry for me, which was great. This initial part of my 5 year plan, which is something I have because I’m the typa bitch who carries three planners at all times and colour-coordinates her turtlenecks, was only going to be for a few months. After that, my plan was to find a more long-term (and paid, as there’s only so much ramen a gal can eat before her face swells up Violet Beauregarde-style) position back in London. It’s my favourite city to live in and I was —and am!— 100% sure it’s where I wanted to stay permanently.

So I arrived in the West Village hella frazzled with two small suitcases and some spanakopita, because I have my priorities straight. The whole thing was so last-minute that I forgot to tell my best friend, on whose air mattress I sought refuge for the remainder of the month, that I was even coming to stay with her until the day before. Luckily we eschewed basic social graces way back in our first year of university when I made her measure my bra size a day after we met because my boobs were hurting from a too-small bra, so she was fine with it. I found a temporary apartment in Midtown for a few months, started my internship, and began what I was sure was to be a quick stay in the city of rats and dodgy street food. 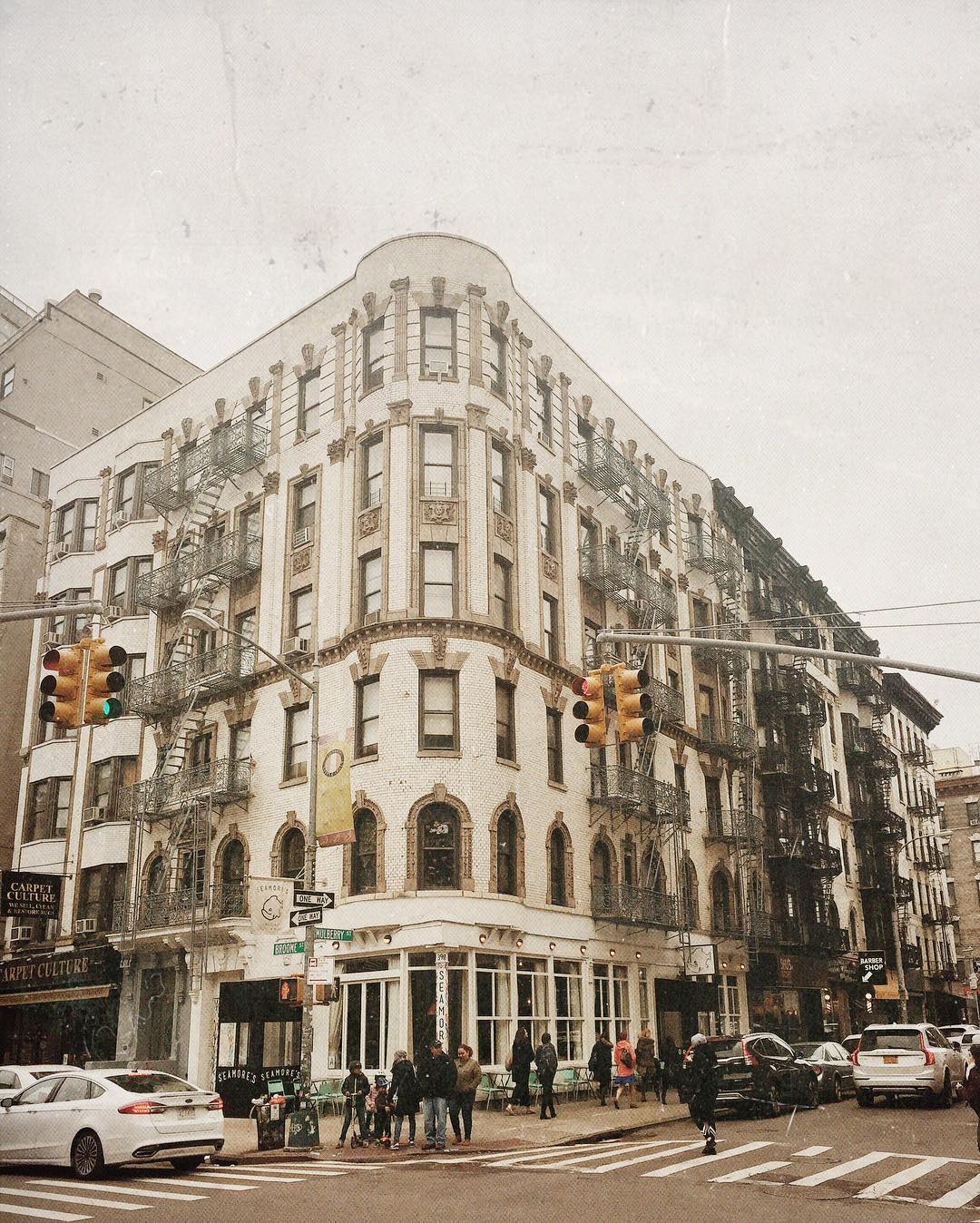 TBQH, my initial impressions of the city were not great. This is not because of the rat situation, which I actually don’t mind because I think they’re cute (then again, I once kept snails as pets so I’m not sure I’m the best gauge for judging the character of animals). It was instead due to a series of unfortunate events that culminated in me having a strong urge to get the hell outta here circa December. Between my internship, freelance writing, and this blog I was working 7 days a week and had basically no money to spend on actually exploring the city. My apartment was an overpriced cave with LINOLEUM FLOORS that did not fit my Instagram theme, run by a satanic landlord who I’m still dealing with. And because I walk everywhere (which is not because I am committed to #fitness, but rather because I am committed to #paying #rent and didn’t want to buy a MetroCard each month), it took me at least an hour to get to any of my friends, all of whom live farther downtown.

Also, since moving here I’ve been hit in the head twice by rogue pigeons. That’s right. Multiple pigeons have legitimately dropped onto my head.

But as I was convinced my situation was temporary and I’d be moving back to London in the very near future, none of that really bothered me. Then January rolled around and it became increasingly evident that thanks to a little nightmare called Brexit, it would be near impossible for me to get a job in England anytime soon. My EU citizenship was about to become worthless, and no publication is going to pay to sponsor the visa of an entry-level “journalist” when magazines are folding left and right. A bleak situation, but I resigned myself to a longer stay in New York.

Which brings me to today: I’m currently working at another digital lifestyle mag (this one’s paid!), have moved into a penthouse apartment (that specification was necessary, you see, because I am an douchebag), and just yesterday successfully steered a tourist in the right direction. Also, I once saw David the scientist from Friends walking on the street during my morning commute to work. I stared at him with all the discretion of a white girl on a bachelorette trip to Vegas. He stared back, clearly uncomfortable. Neither of us said anything. It was a grand old time.

Perception of this city is extremely situational. I hate it on days when nature’s wonder (aka the grey slush parading as “snow”) adorns the streets and when I get frustrated that I’m too broke to do most things. But on the other hand, when you have a rooftop extremely conducive to casual drinking and/or tanning or when you discover a 2$ bagel place so good you’re probably going to request they cater your wedding, it’s hard to be negative. My personal opinion of NYC changes daily, a permanent state of flux reliant on everything from the weather to my tolerance re: selfie stick-wielding, slow-walking tourists.

But that’s New York for you, I guess. Some days you encounter D-list celebrities on 9th Ave and some days you get hit in the head by flying vermin. I can hardly think of a more poetic metaphor for the city. 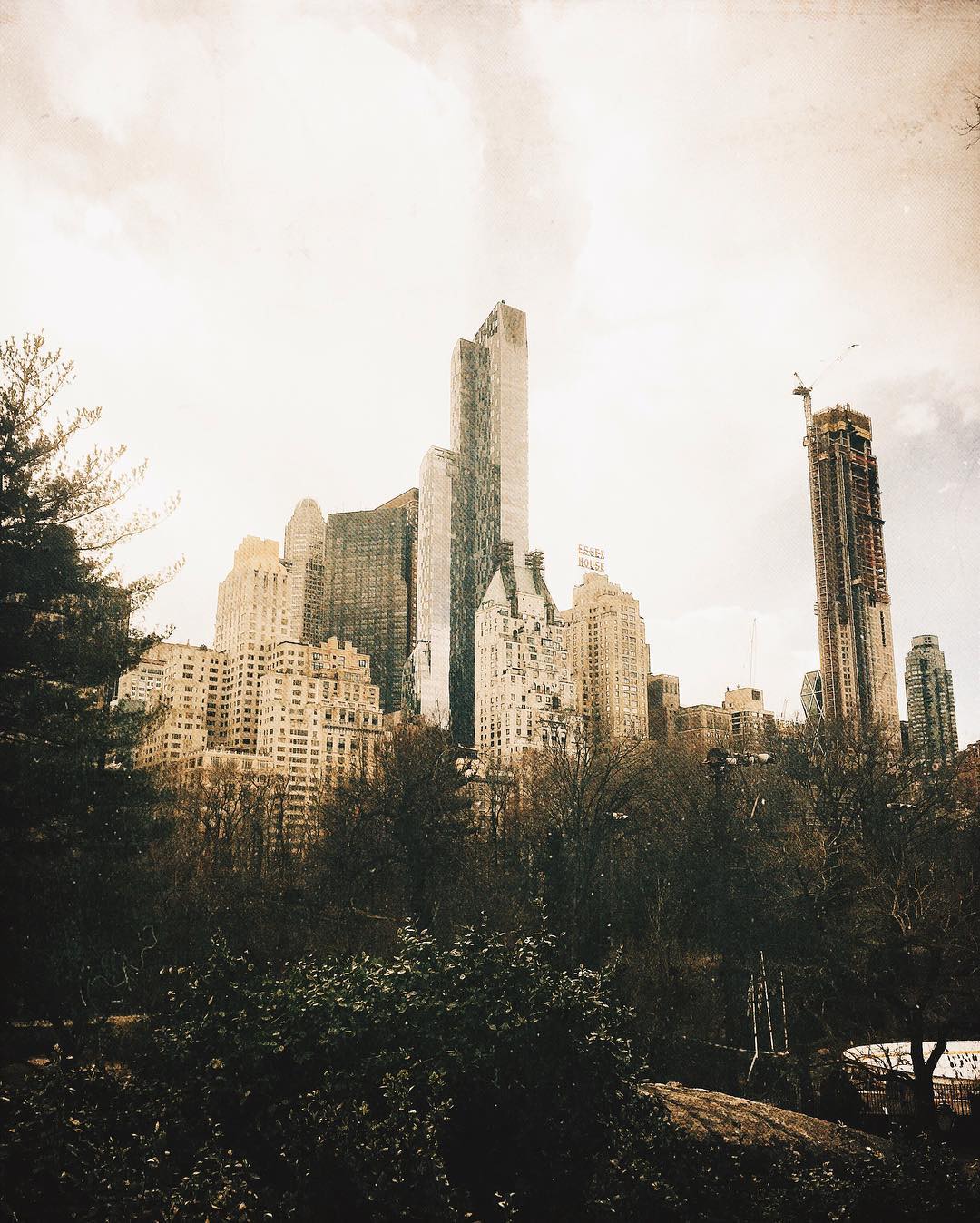