You may have noticed —or more likely you didn’t, because you are not my mother ipso facto you are not morally obligated to follow my blog—that for someone calling herself a “fashion” blogger there has been remarkably little coverage of fashion month on this hard-hitting journalistic publication. In fact, there has been zero coverage. I’ve been quite busy moving/working/stress eating pita chips in recent weeks and didn’t think I would have the time to dutifully cover every shoulder-padded piece marching (shoulder pads don’t walk, they march) down the runways, but rest assured, content is coming!

In the prophetic words of one Wicked Witch of the West, all in good time my friends.

But until I can gather my shit to produce some semblance of a roundup, or at the very least a gallery of all the beautiful creations I would have to sell my leg to afford, I wanted to write about something else I’ve noticed on the runways, largely unrelated to the clothing. Are normal people trending?

This epiphany first snuck into my head before women’s RTW fashion month started, with Vetements. It should probably come as no surprise that the brand that rose to fame (infamy?) as the perpetrator of ironic-to-the-brink-of-obnoxious street style (RIP to the DHL t-shirt) is also at the forefront of the new face of fashion, but it was. I went to flick through gallery images of the runways with my morning coffee and was confronted with an image of this stunning woman in an equally stunning coat: 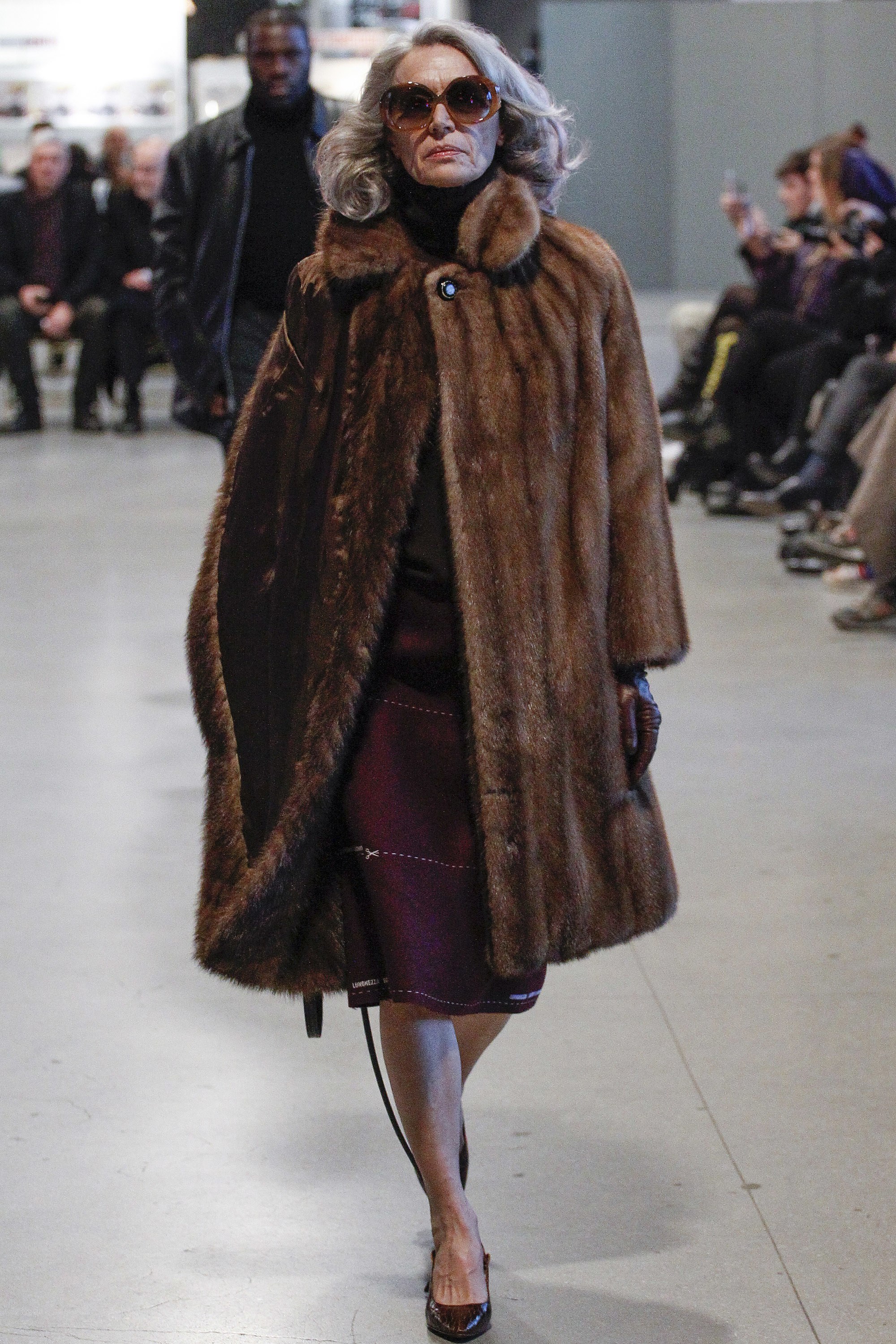 And this man, who looks like he got separated from his “NYC in a day!” tour group and accidentally wandered into fashion week: 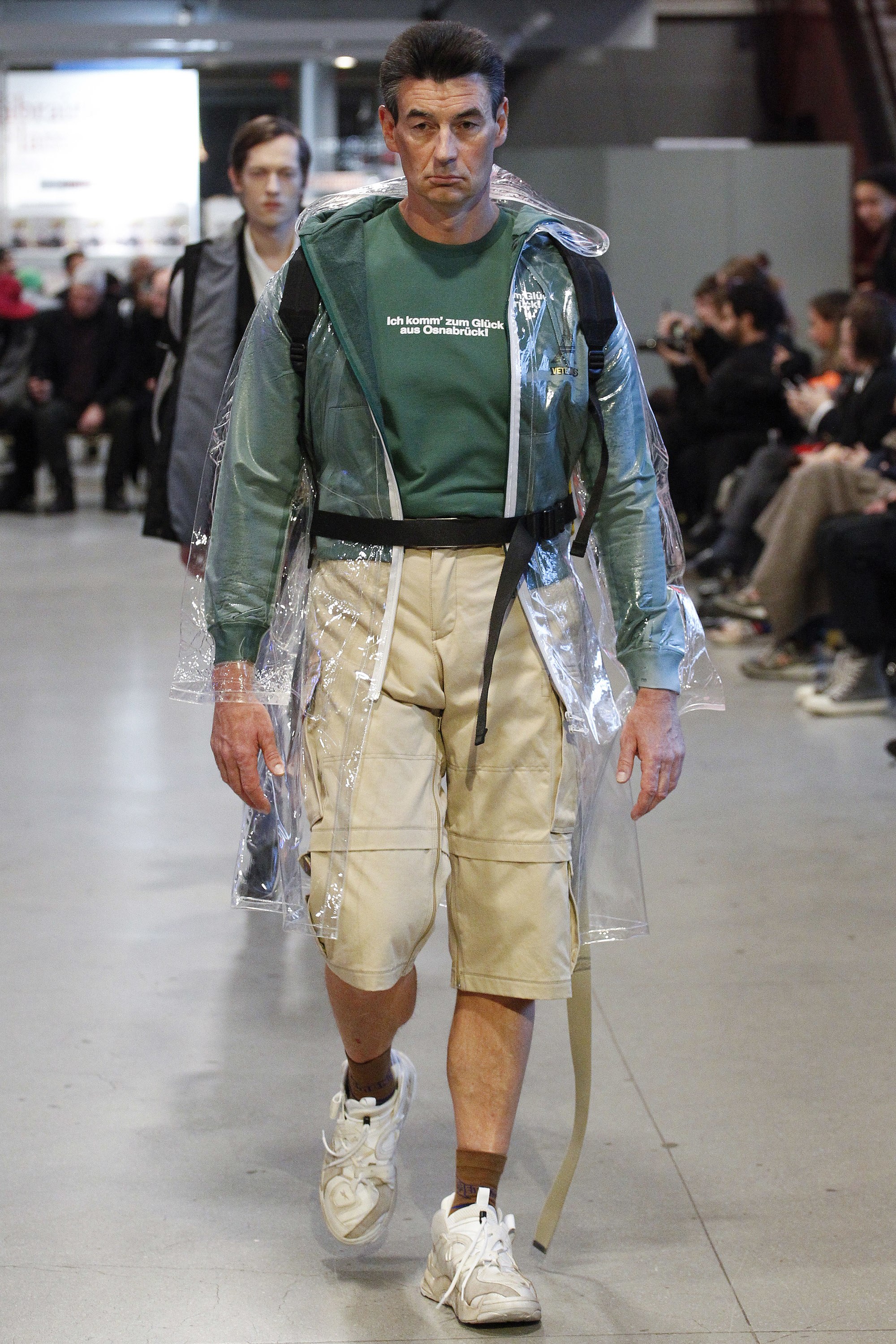 And also this man, who is so #authentic and #relatable that he even has his eyes closed for his Vogue closeup: 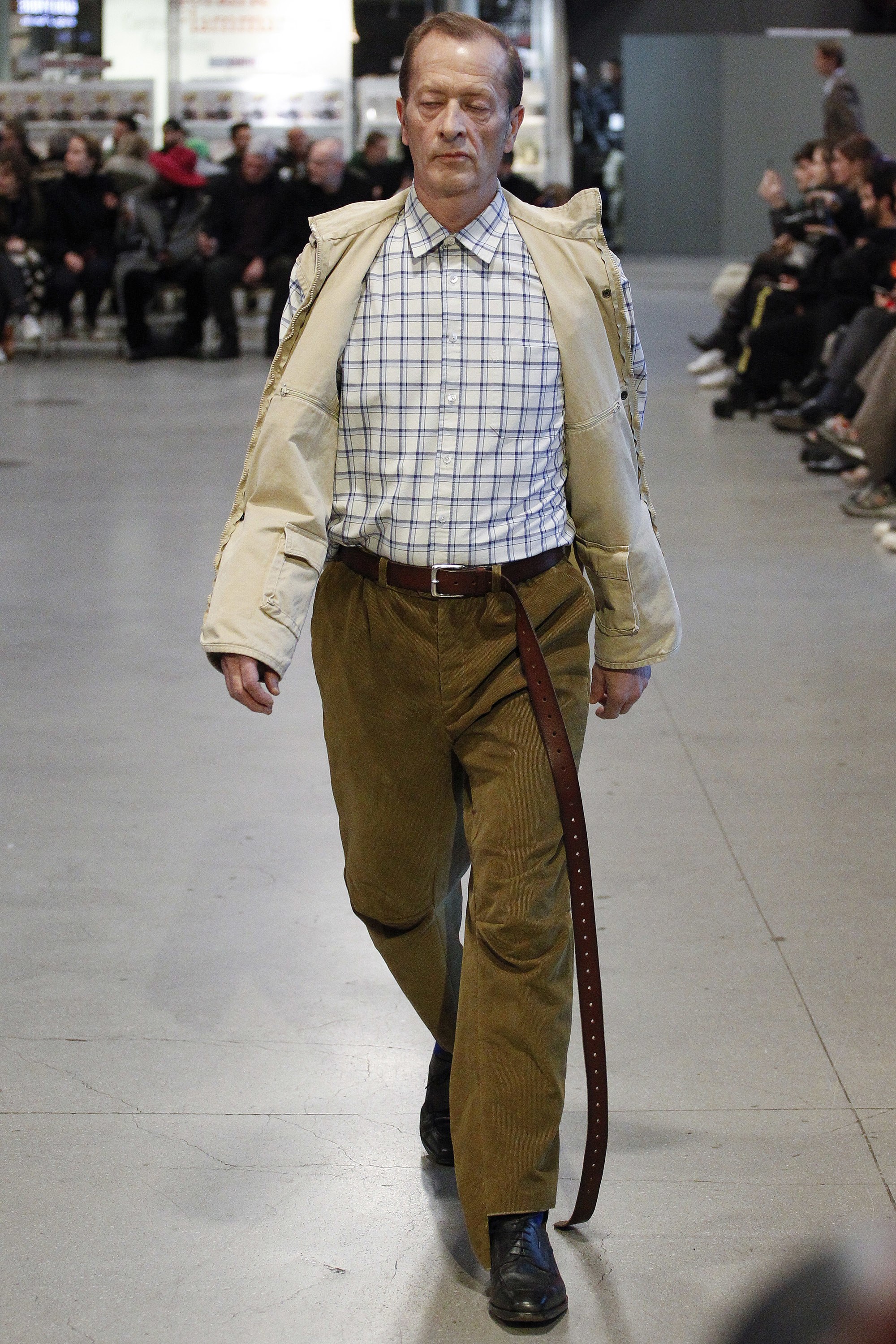 We talk a lot about diversity in fashion, and of course the first things that come to mind are race and body type. We don’t immediately think about the ageism in the fashion industry —in every industry, really— so to see that overturned on the runway of one of the most talked-about shows was surprising. And refreshing. And also a little confusing, because I wasn’t sure what statement this was supposed to be making when you try to reconcile the probable idea behind the casting choice (I.E., showing that fashion was for everyone) with the reality of the brand (I.E., that fashion is not for everyone because most people cannot afford to drop $2000 for a velour Juicy Couture x Vetements tracksuit).

Then Dolce & Gabbana inaugurated its #dgmillenial campaign. The D&G runway was chock-full of the Instagram generation; while it was hardly the first to incorporate “real” people onto the runway —hello, Rebecca Minkoff— it was the first to have these “real” people be the apparent focal point of the show.

I say “real”, because of course these people are not indicative of plebeians such as myself, as they have millions of followers and are famous in their own right. They may not be professional models, sure, but they’re hardly a good example of regular people. 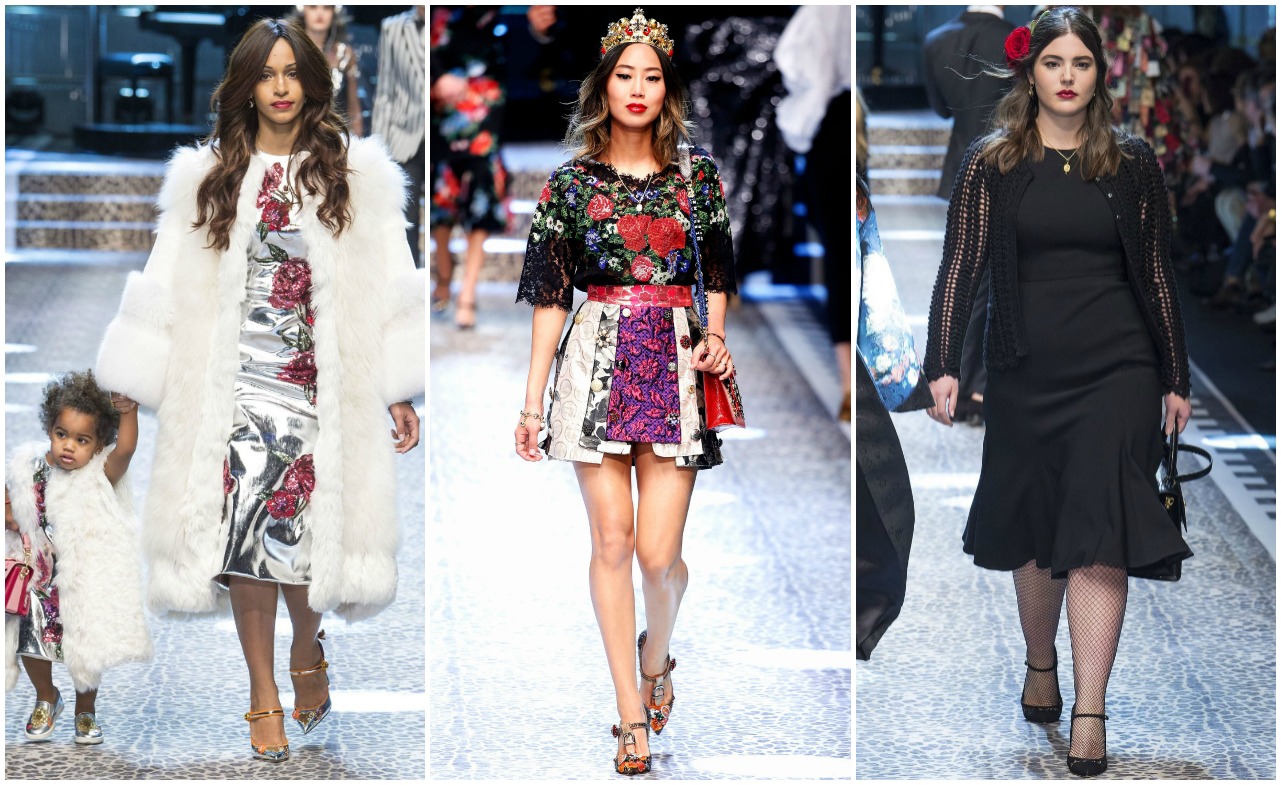 That said, it was an interesting and unconventional image of fashion in an overwhelmingly positive way. There was more diversity in terms of practically everything with the inclusion of these “non-traditional” models, where “traditional” has up to now meant white, young, and stick-thin women. D&G invited men and women of all ages, races, and body types to share in a common experience of appreciating really good clothes; something that seems like it should be common sense but is too often exclusionary.

So what gives? Is this just a trend or does it mark the beginning of a bigger shift within the fashion industry, wherein a world previously closed off to an elite few in fur coats and statement belts is turning democratic? If it’s the latter, in what other ways will this change manifest? And if it’s the former, is that a problem?

I don’t know. I’m not Anna Wintour. But still, food for thought, no?