Nick: Can’t believe you’re here! I don’t know if you remember this but last time you knocked on my hotel room YOU DUMPED ME ON NATIONAL TELEVISION hahaha good times!
It’s so refreshing to see him let go of the past and move on! #enlightened #newyearnewnick #zen

Nick: If we get to the fantasy suites, I’m not sure if I’ll have sex with any of them!
Andi: You don’t buy a car without test driving it, Nick

Meanwhile, whilst Nick is having all these epiphanies in a hotel room with Andi, he’s left the remaining four women to freeze outside in the New York winter. Who said chivalry was dead? 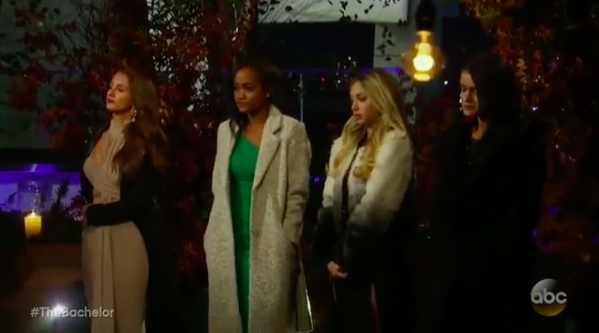 Apparently ABC has completely abandoned all pretenses of keeping the mystery alive, because before the rose ceremony even begins we get a preview of Raven and Nick going on a date in Iceland. I’m so confused as to what happened to the concept of a cliffhanger on this show. Did all the producers have a collective stroke and just decide to fuck it this season or what

In a move that’s been more overdue than me scheduling my next dentist appointment, Nick sends Corinne home.

Corinne: What was it? Did I do something wrong? Was it the olive?

A strangely positive twist that comes out of this is that Corinne has a feminist awakening on the car ride home. She says that she is done kissing up to men and saying things they think are appropriate instead of being herself. She decides to put her needs first from now on. And then, true to style, she announces that she needs a nap. Goodbye, sweet angel, I look forward to seeing you drunkenly fall into the ocean on Bachelor in  Paradise.

Nick: We’re going to Finland! I couldn’t imagine a more magical place to fall in love!
Me: Try

There’s a solid 5 minutes of every remaining cast member wandering around various parts of Finland alone. Rachel sitting solo on a random swingset and wistfully looking out into the distance is one of the funniest things I’ve ever seen: 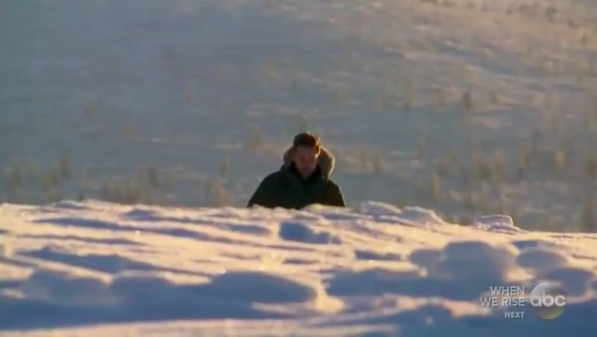 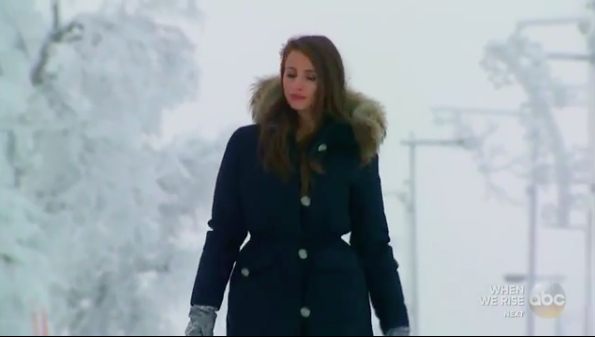 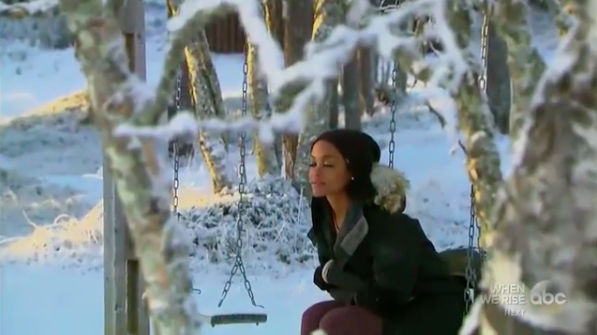 Nick: Rachel is the only one who has not expressed any verbal affirmation of words towards love
What other kinds of verbal affirmations were you looking for? Did you expect her to yodel “I love you” in your general direction or something?

Nick is really into Raven’s southern charm, like when she beat her ex over the head with a stiletto.

Nick and Raven discussing life’s big questions:
Raven: I can’t cook
Nick: I can cook, but can you fold laundry?
Raven: I can definitely fold laundry. I fold laundry all the time.
Nick: Good cause I hate folding clothes. How do you feel about ironing?
Raven: I’m a steamer girl myself
Nick: Hm I’m not sure how I feel about that

I am very into Nick’s aggressive turtleneck. It’s honestly the best decision he’s made all season. 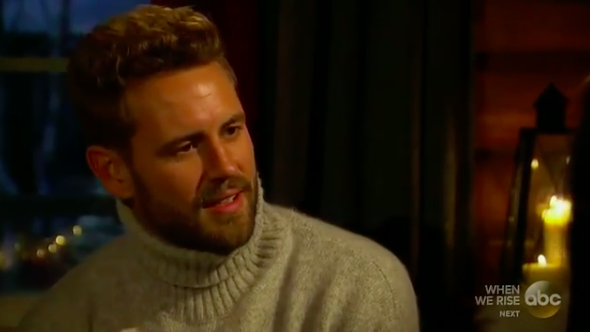 Raven’s deep dark secret about her past: she’s never had an orgasm. Really puts Kristina’s orphaned childhood in Russia into perspective, doesn’t it?

In another sign that the producers have given up, the episode is over in an hour. I’m thrilled. Now I have enough time to watch the How to Get Away with Murder finale.