An actual quote by Vanessa: Nick shocks us with four roses for the four girls going to hometowns.
Is this how far we’ve fallen that actually sticking to the format of the damn show is deemed “shocking”?

Nick: Corinne, I could not be more excited to meet Raquel
You and all of America, buddy. It’s the only reason 95% of us are still watching this train wreck of a season.

Raven starts listing all the fun things to do in Hoxie like “going mudding” and “climbing grain bins”. What the fuck is Hoxie? Where the fuck is Hoxie? Is Hoxie a real place or does Raven come from an alternate universe/District 13?

Apparently every time someone has a deep conversation in Hoxie they have to go to something called a grain bin to think about it and then get arrested by the police. No, really, this is literally happening before my eyes.

A cop, seemingly unfazed by the numerous cameras and ABC producers swarming the area: Do you have ID? What do you do? Are you like on Instagram or something?

Don’t worry! It’s all part of Raven’s whimsical plan and apparently the cop is her brother. What a quirky plot twist!

At the end of a long day of grain-sitting and mud-stomping there’s nothing like a quick dip in a balmy swamp to set the mood for romance. 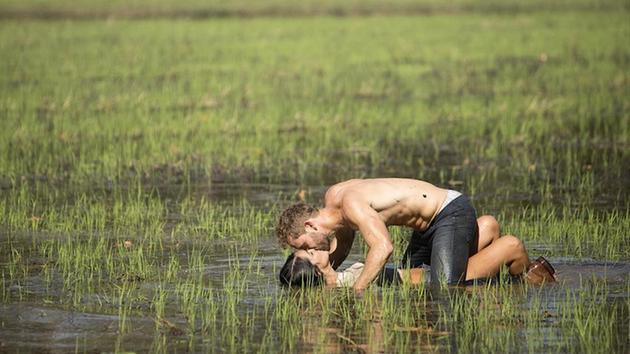 Raven’s parents pick 5 minutes after Raven and Nick walk through the door as the opportune moment to announce that Raven’s dad is cancer-free. This is the best, most genuine moment of the entire season and it has nothing to do with Nick.

Raven’s dad to Nick: I didn’t expect to like you. Don’t know why.
May I hazard a guess and say it may have something to do with Nick’s less than stellar appearances on not one, not two, but three Bachelor-related TV shows? Not sure, just a guess

Raven: I think I should tell you there’s no hesitation on my end of what becomes of this
Nick: Same

Rachel’s idea of a fun time is going to church. Can’t make this shit up. Who is this girl and how did they brainwash her into going on The Bachelor where most contestants’ idea of a spiritual experience is a bottomless mimosa brunch?

The minister/preacher/vicar/pope/wizard (idk I’m Greek Orthodox) then calls Nick out in the middle of the service to tell him that he better treat Rachel right and it’s kind of like a religious spinoff of The Godfather, but less intense and with better music.

Nick: I’m not colorblind. I know you’re black.
@tomi lahren, when a reality TV dating show contestant one-ups you on discussing race it might be an indication that you’ve got a small problem.

Nick: You guys make me feel at home
Rachel’s sister: Why, cause you look like us?
I actually laughed omg WHY does she have to go home I love them :'( 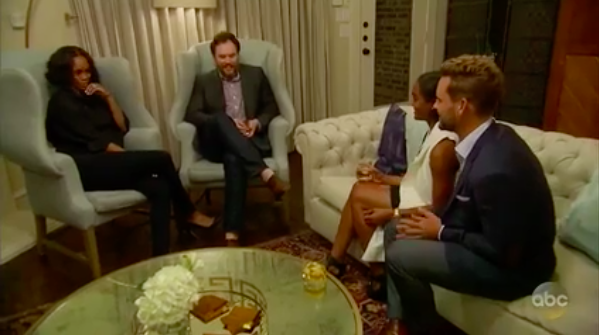 Fun drinking game: take a shot every time Nick says “black woman” and looks like he would rather eat paint. You’ll be drunk before you can say “a church in Dallas is the perfect place to fall in love”

Can we please take a second to discuss how absolutely ludicrous it is that Corinne is actually on Hometowns?

Nick is getting quite the traumatic glimpse into his future were he to marry Corinne. Thank God he’s four Bachelor franchises deep into social media sponsorships or else he’d be screwed.

It’s all fun and games till Corinne drops 3K on a fugly sweatsuit set like it’s no big deal. Nick looks like he’s about to go into anaphylactic shock. I’m about to follow suit.

Corinne, spending more than I’ll make in three months on glorified pyjamas: I enjoy the finer things in life
So do I, like water and electricity, which is why I’ve been living off ramen and pita chips since November. How do real people (IE those who are not Beyoncé) live like this???

Jesus, Corinne’s dad is straight out of The Sopranos. He’s got the gold watches on both wrists, open button-down revealing a gold chain, and bad New York accent to prove it. No wonder Corinne is such a spoiled brat, her dad probably had anyone who didn’t do what she wanted assassinated.

The biggest drama to come of the whole evening is when Vito Corleone (alias: Corinne’s father) offers Nick what is allegedly the most exquisite olive in the world and for a gripping 30 seconds Nick is unable to formulate a response. Corinne’s family looked like they were going to murder him on the spot. Raquel silently cheered him on from her corner of the room. It was quite a sight. 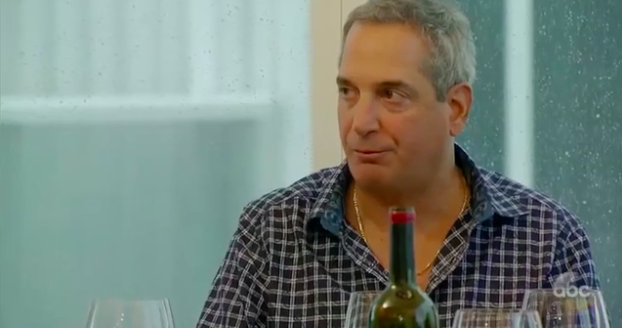 After #olivegate was over Corinne and her dad go off for a heart to heart in which her dad is a sexist asshat and we hear Corinne refer to herself in the third person for the umpteenth time.
Corinne’s dad: Can Nick support you and your family? Can he be the breadwinner? Will he be able to teach you to drive and how to open a can because you are, after all, just a woman?

Vanessa’s date starts by her taking him to her school to meet her students. She then forces them to make a scrapbook of her and Nick’s time on The Bachelor. I’m not a teacher but shouldn’t they be learning science or math or How To Not End Up In A Political Shitstorm Like America 101 or something?

Vanessa explains that a) her parents are divorced and b) they will be going to two different houses as if the second revelation was not inherently obvious.

The first part of the hometown date will apparently be taking place in Naples, Canada. This is made clear by the generic accordion music playing in the beginning and Vanessa trying to teach Nick Italian as though her family (who has lived in Canada for her whole life) somehow won’t understand English.

How the fuck does Vanessa’s brother, who looks about 12, have a stronger “Italian” accent than the mother?

They then go to meet her dad, which is super underwhelming except for the fact that he refuses to give his blessing to Nick. Until Nick mumbles something about respect a few times and then the dad’s like it’s all g, whatever.

Vanessa seems shocked that Nick would ask the other women’s parents for their blessings, apparently unaware once again that she did willingly sign up to compete on a reality TV dating show.

BROOKLYN, FOR SOME REASON

Nick says that New York is his favourite city on earth, so instead of springing for a hotel in Manhattan ABC has relegated tonight’s rose ceremony to Brooklyn.

Corinne on why she’s confident she will get a rose: We had fun. We kissed. We giggled. I bought him a really nice outfit.

Then in a move no one saw coming, Andi Plot-Twist Dorfman shows up on Nick’s doorstep looking fabulous but royally pissed. 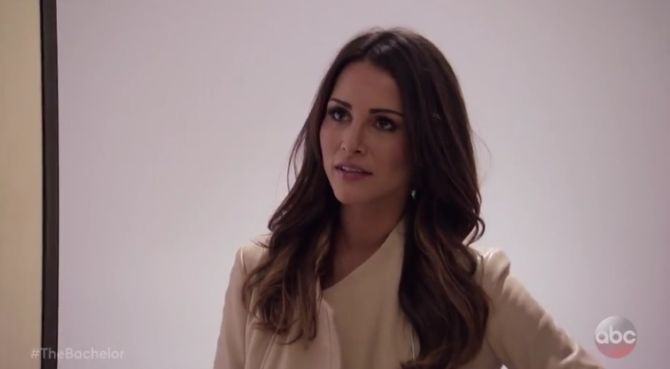 I know we’re supposed to be on edge regarding this cliffhanger but let’s be honest we all know she’s just here to give a lecture on The Right Reasons and berate Nick for abandoning Chris B. Harrison in some godforsaken state for the duration of hometowns week.