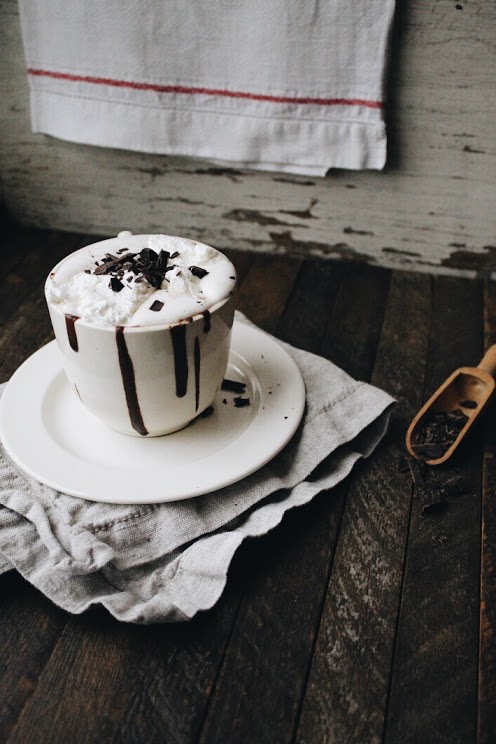 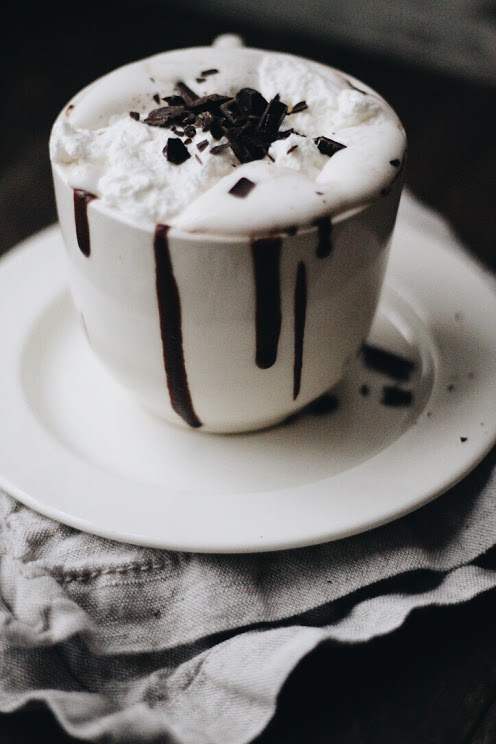 Yeah, I know I could call this hot chocolate.

But that’s not nearly pretentious enough!

Also I feel it doesn’t do this caloric concoction justice. Hot chocolate conjures memories of Swiss Mix packets and sad little marshmallows floating around in a watery grave. This is chocolate that is thick and creamy enough to make an elderly Swiss chocolatier cry tears of joy.

I know you can’t see it due to the arty whipped cream topping I so painstakingly layered on the top for! the! blog!, but use your imagination. It’s there, I promise. 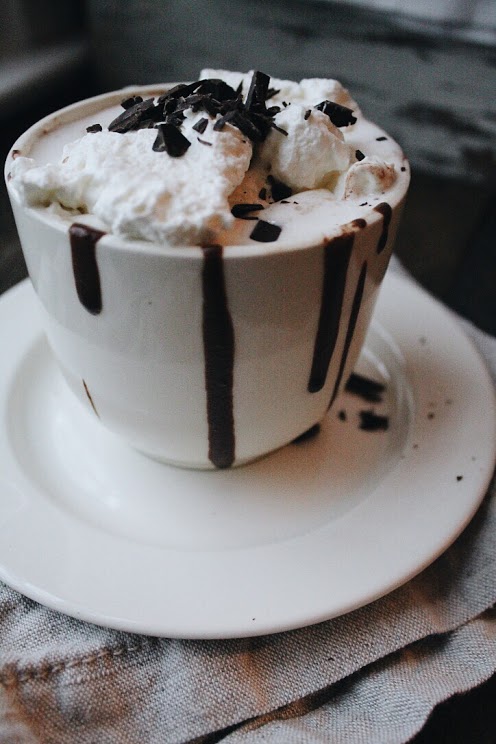 In light of New Years, I felt it important to do something topical on this blog relating to the numerous “new year new me” “#eatclean” resolutions many people will probably be making.

So here. Consider this something to add to the menu for your liquid diet. I do what I can for the people. 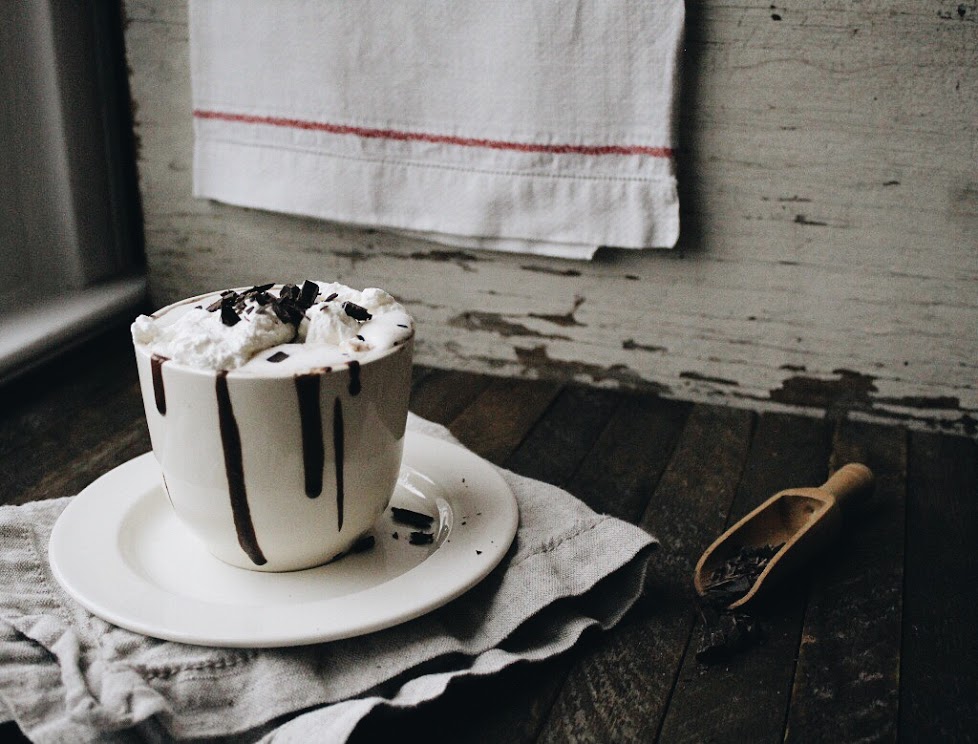 Growing up in Italy we went on many trips around the country, most of which I attended reluctantly because I was young and bratty and would rather have been at home playing Sims. Yes, I’ve always been a ray of sunshine! Karma’s gonna suck if/when I ever procreate.

But one trip I remember actually liking was the one we took to Torino, in Northern Italy. It was colder than a penguin’s left tit up there so we stopped for warmth at a café (Baratti & Milano, for anyone taking a trip there soon), where they served us literal liquid chocolate in a mug. It was glorious. I wanted to bathe in it. I have a picture of me in a turtleneck (some things never change) looking euphoric as chocolate dribbles down my chin. I would share it with you, but I don’t want to, because I’m extremely self-conscious about my pre-Invisalign teeth.

So instead, I’m sharing this recipe I came up with for the closest thing to that liquid chocolate. Like I said earlier, it’s super rich and decadent, so as is the case with riding a bike and taking shots of absinthe, start slowly and work your way up. It’s a marathon, not a sprint.