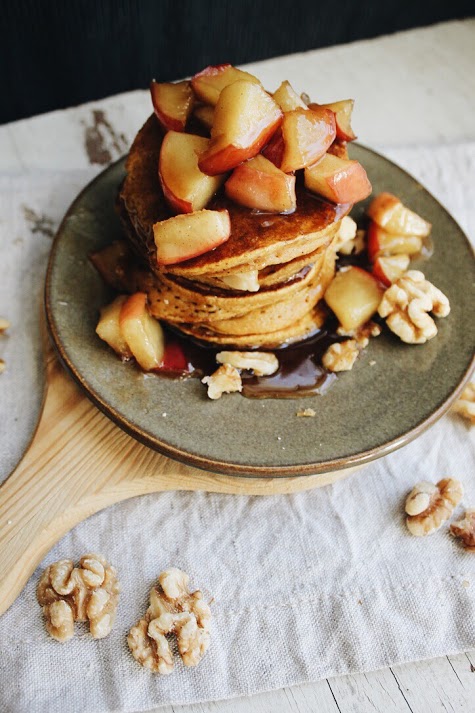 I think I’ve officially exhausted all manners in which to talk about pancakes on this blog. You’ve seen me wax poetic about them in the same way one usually discusses one’s firstborn child. Enough is enough. I’m pancaked-out.

So instead, shall we talk about the weather? Or the holidays? Or some other topical blogging subject? OMG you’ll never believe what I bought on Black Friday!!!!!! (nothing, because I’m broke as fuck). 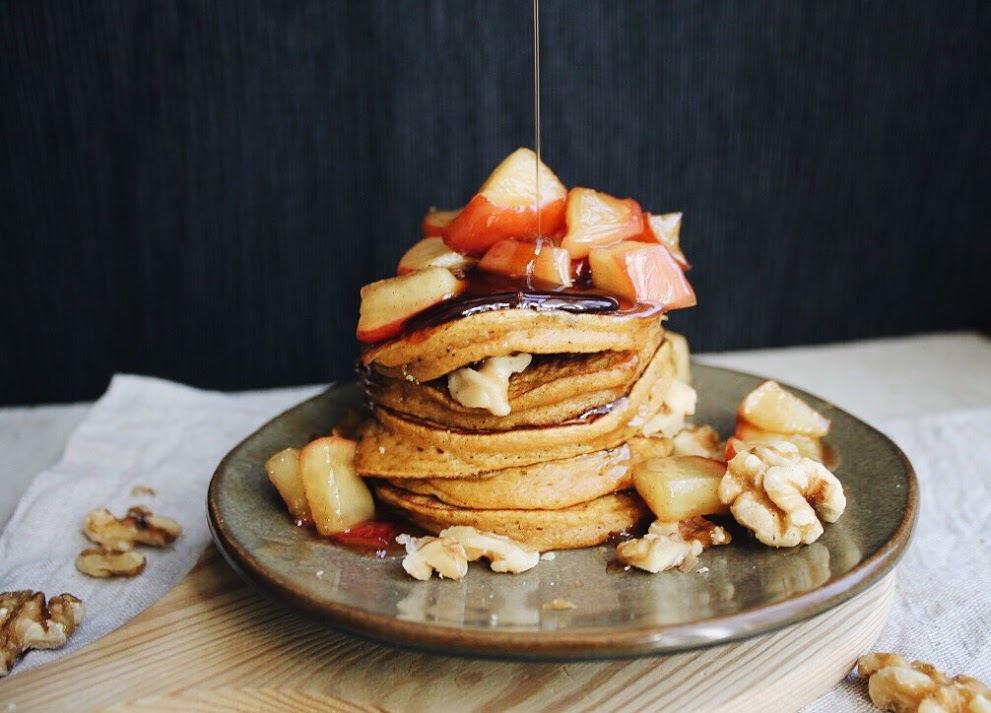 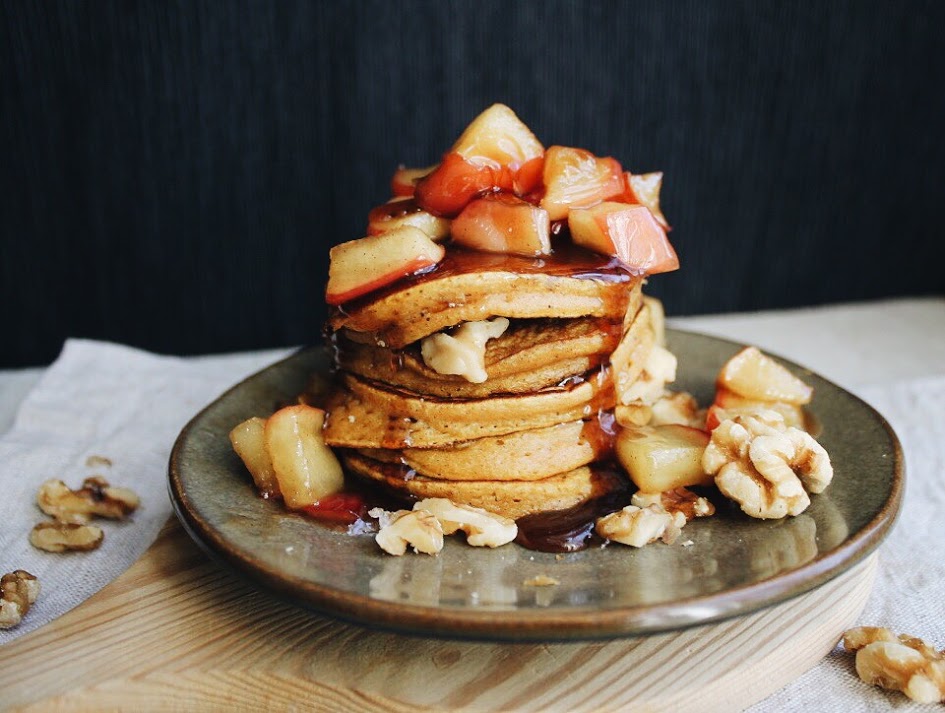 But actually, let’s talk about the weather. More specifically, let’s talk about the season: it’s officially December, which means it’s officially winter. Which would hypothetically mean it’s cuffing season, but since I wear turtlenecks and pilgrim shoes 24/7 (#birthcontrol) and am generally in bed cradling oatmeal by 22h, this is not the case for me. Instead, it’s eat-as-much-as-you-want-and-hide-it-with-sweaters season.

The most wonderful time of the year!

The next few months are marked by things like holidays and fashion weeks, but more importantly they are marked by decadent recipes that fill you up (and out), theoretically so you withstand the cold. I could care less about the scientific reasons behind bulking up in the winter -if there are any- but I am HERE for the amount of baked goods and lasagnes I’m about to ingest from now until March. We can all go on a collective juice cleanse then. 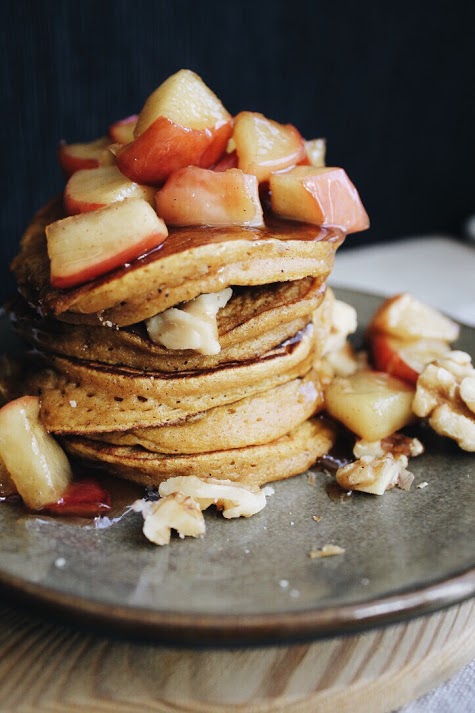 But for now, get a head start on your comfort food needs with these apple cinnamon topped pancakes.

All you have to do is take your favourite pancake base (I’ve linked a couple options below because I have a pancake problem and  apparently post some variation of a pancake recipe every month on this blog) and add the apple-cinnamon topping. It’s like eating apple pie for breakfast.

Which, in theory, you could also do. Such is the beauty of eat-as-much-as-you-want-and-hide-it-with-sweaters season. 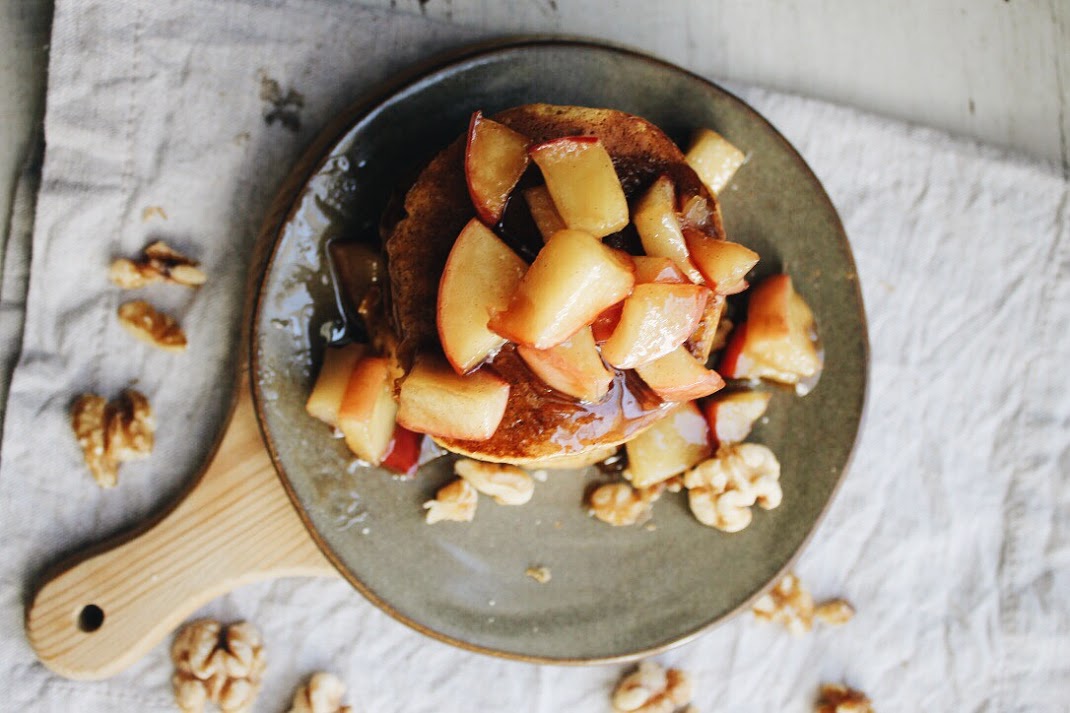 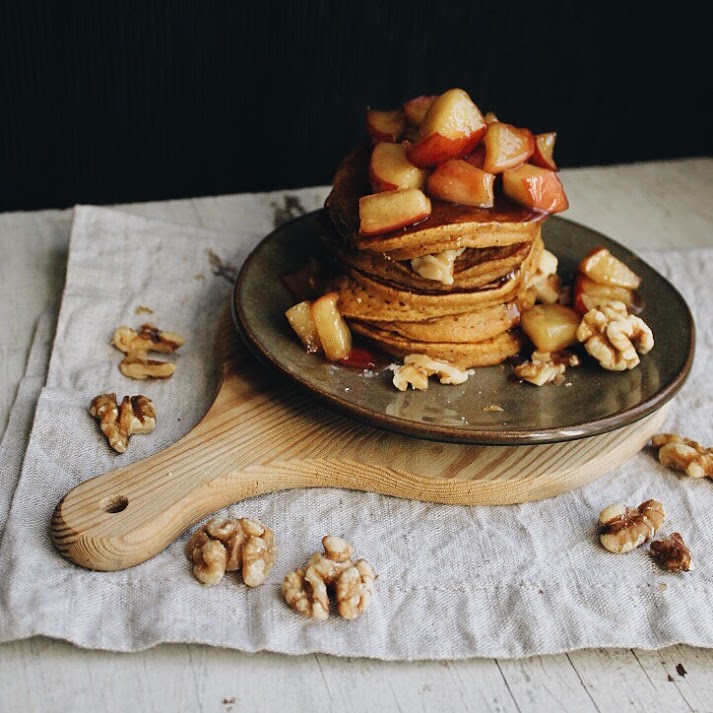