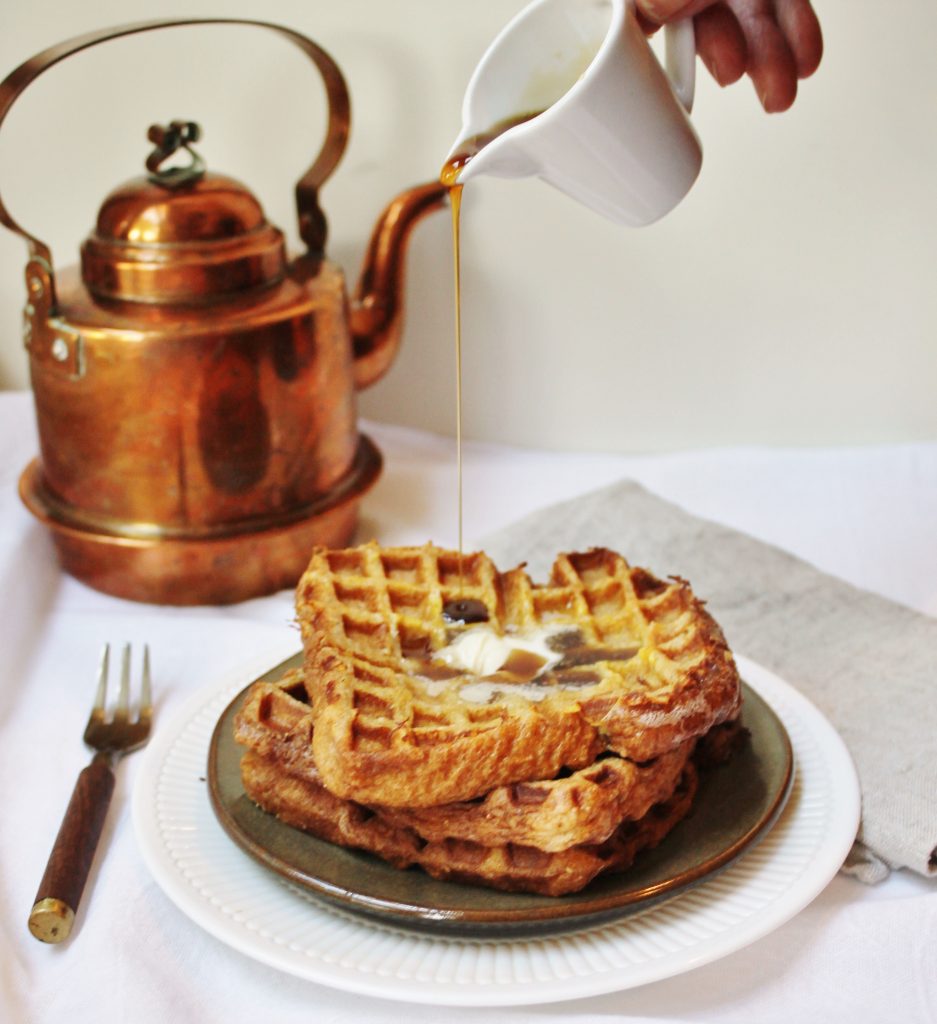 This recipe is what you get as a result of unholy matrimony between two classic breakfast foods. It’s trying too hard to be quirky. It’s unorthodox.

So imagine my surprise when it came from my mother, of all people.

This is a woman who would probably launch into a tirade of unintelligible hand gestures if presented with something called “citrus-infused caviar foam” parading as food. This is a woman who believes the only flavours you need are olive oil, oregano, and lemon juice. This is a woman who once instigated a brief embargo on sugared cereals in our house after discovering they contained hydrogenated oil. Waffles alone are as exotic as Catholics to the Greeks.

Needless to say, a waffle-french-toast hybrid drenched in maple syrup and slathered with butter would be up there with veganism as something I would expect my extremely Greek mother to suggest. But after being reassured by The Joy of Cooking (which is held in the same regard as the Bible in my house) that it was delicious, she decided to try it out.

And I’m glad she did, because while a French toast waffle tastes no different from regular French toast, it does look cool. Like something I imagine Ina Garten would serve at a brunch.

Because we all know Ina isn’t serving plain-ass waffles. Ina is no peasant.

This recipe is such a non-recipe that I feel like I’m cheating by posting it. I used a modified version of my go-to French toast recipe (which you can find here if Nutella-stuffed French toast with macerated strawberries sounds like something you could get on board with).

Use toppings at your own discretion and impress your friends with this funky breakfast food! 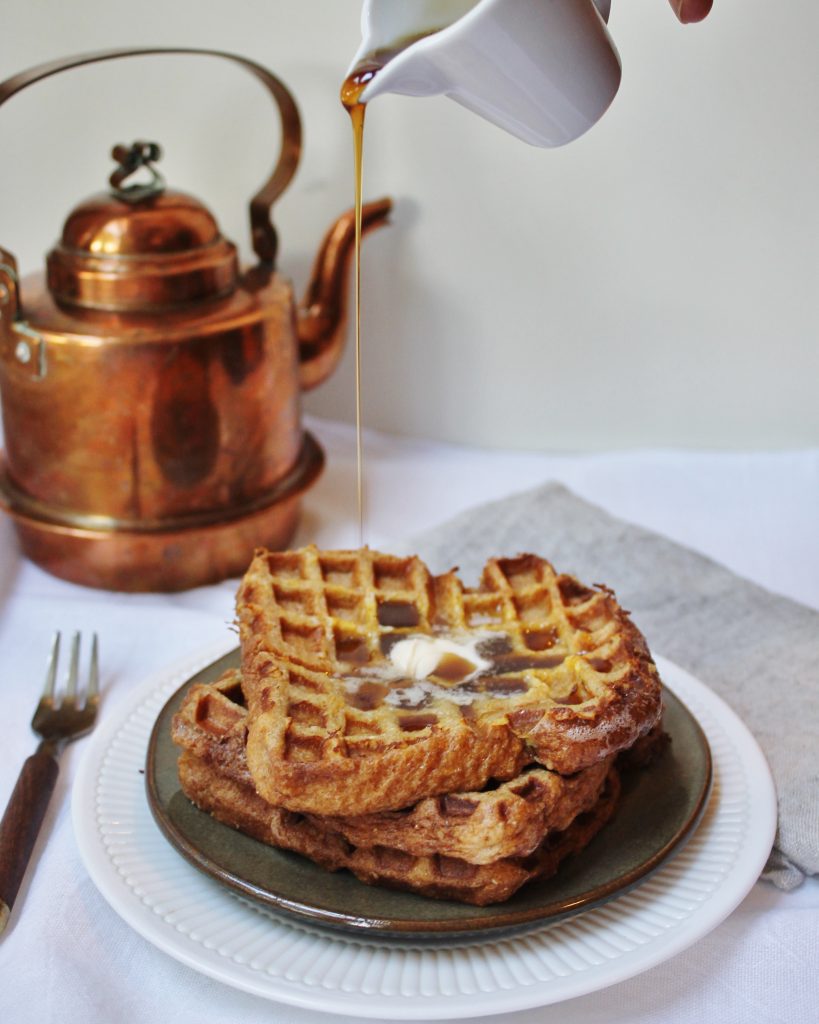