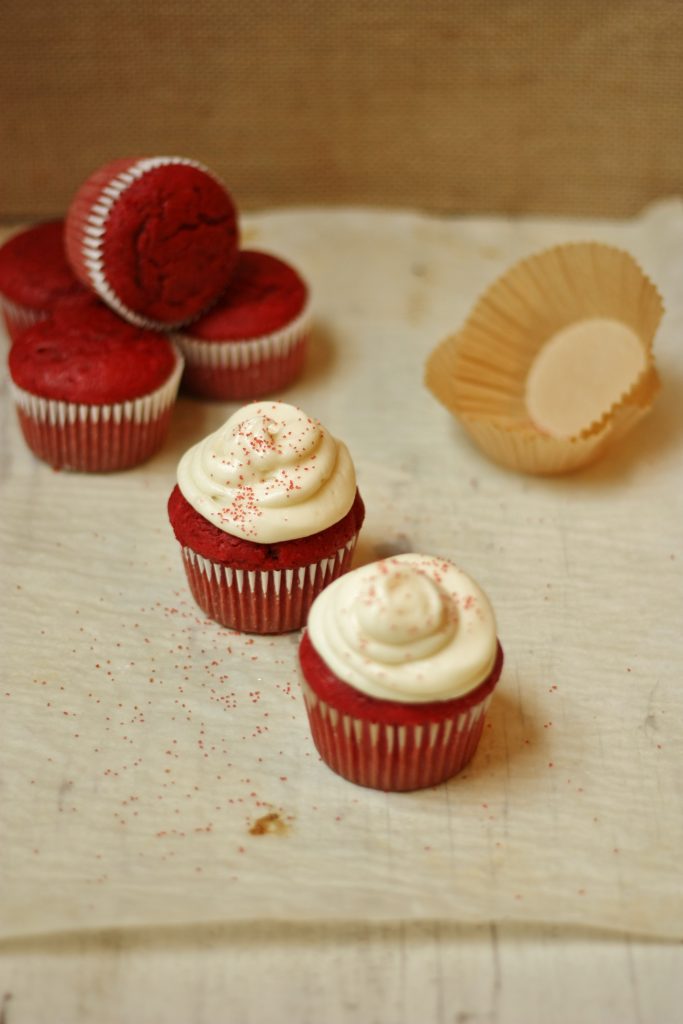 I’ve got a deep-rooted passion for all things red velvet.

After a disappointing run-in with a Costco abomination parading as “red velvet” (it was not) for my birthday several years ago, my dad tried to make it up with these red velvet cupcakes. He somehow managed to get his hands on the recipe used by the Waldorf Astoria (yeah, that one), and they were divine. 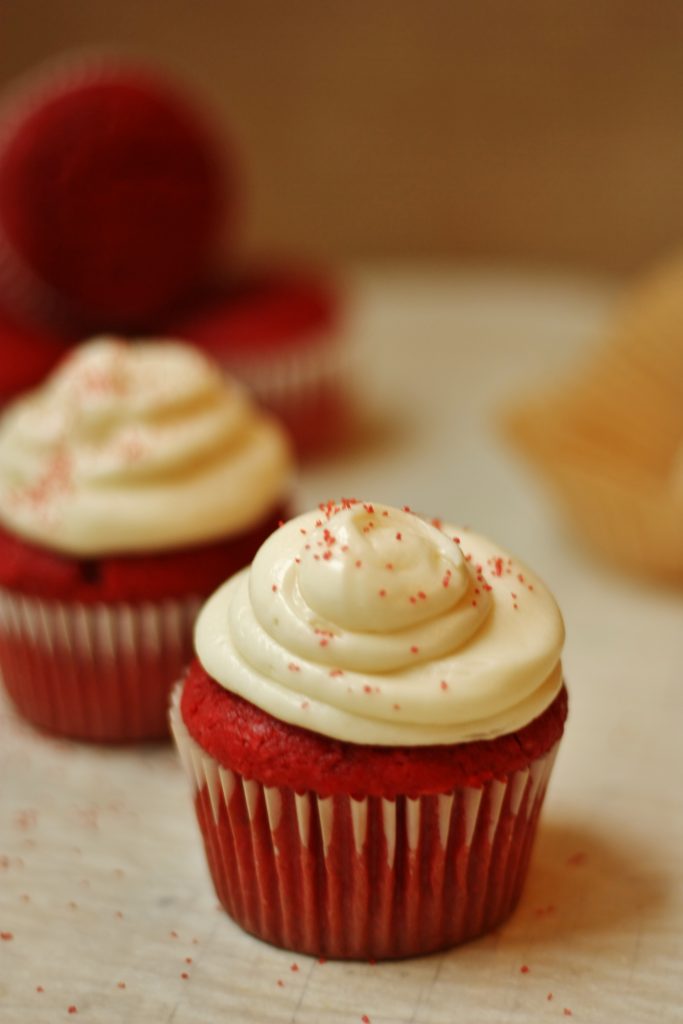 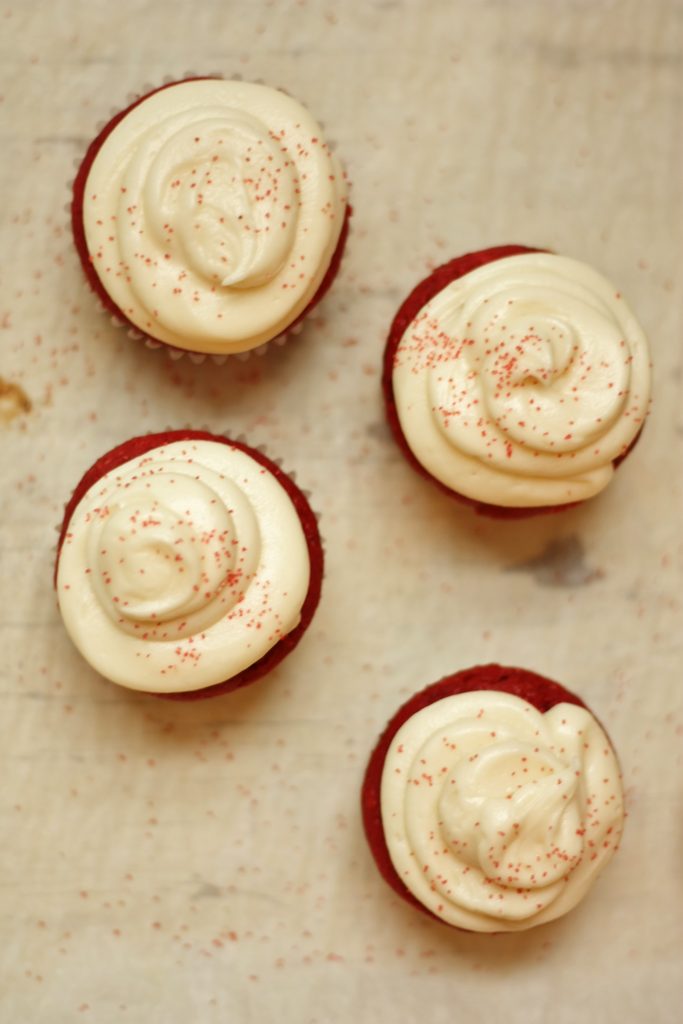 I made a few alterations and opted for a cream cheese frosting recipe instead of the one used by the Walforf, which included flour for reasons unknown, and the result is a batch of the best damn red velvet cupcakes I’ve ever eaten. 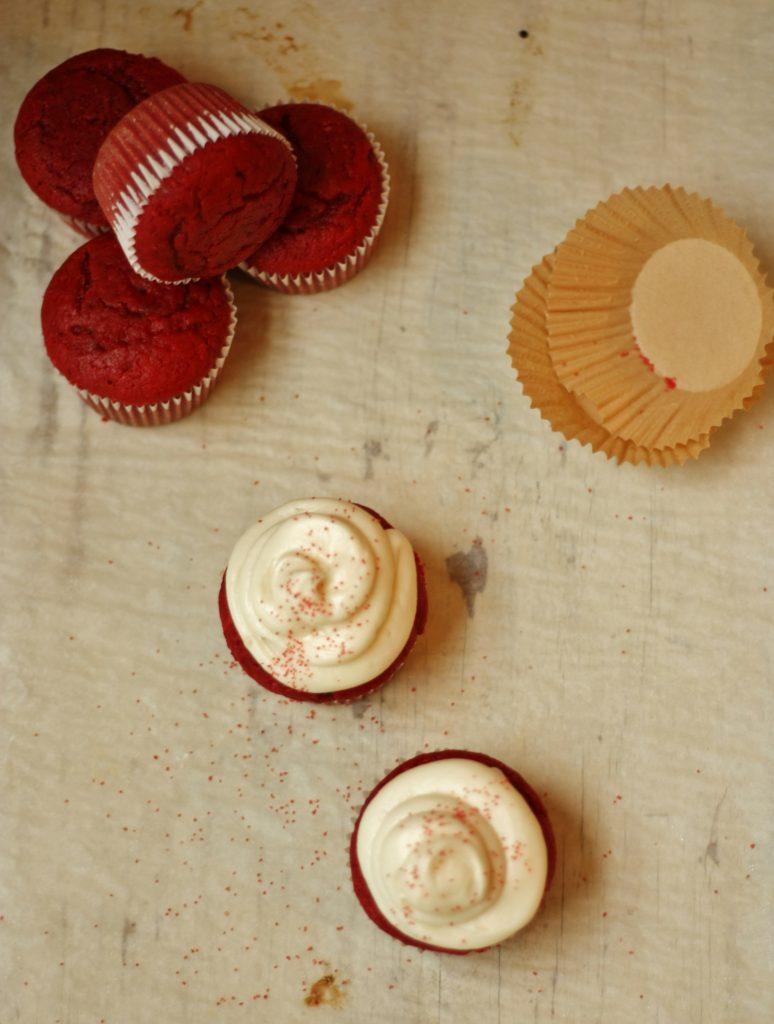 They’re ridiculously simple to make. The hardest part is either managing to avoid getting the red dye all over your clothes or managing to avoid eating the batter before it’s been cooked. Unclear, but what is clear is that I’ve found my soulmate and it is in the form of a little red cake. We’re very happy, and you can send any gifts from the registry at your earliest convenience.

The best part? Now that I’ve discovered the ultimate red velvet recipe there is no end to the things I plan on doing with it. 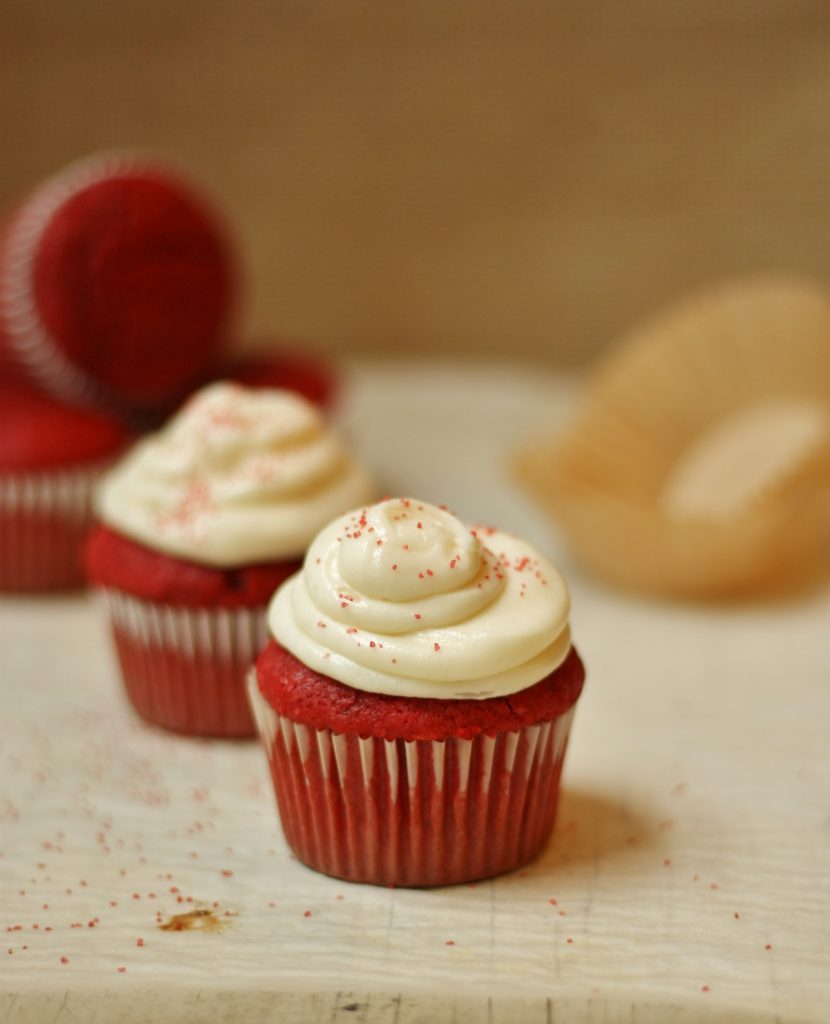