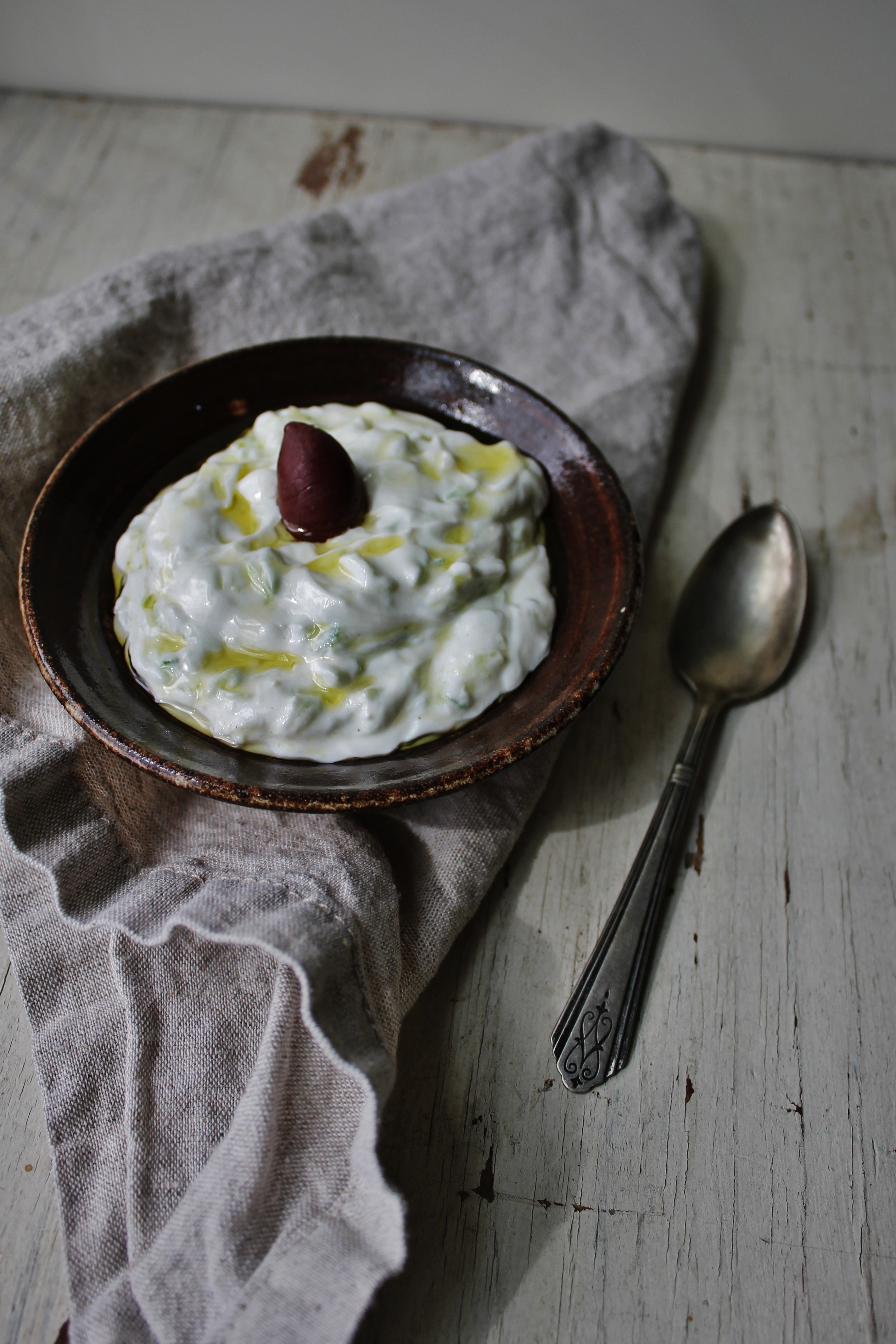 The first time I ever tried to make tzatziki alone was an absolute disaster. Let me set the scene: game day, Saturday of her second year at university, a tired, sunburned, and still somewhat tipsy Elly returns to her apartment. Scavenging the cabinet, she discovers pita chips. It is a fact that leaving your pita chips orphaned without an accompanying dip of sorts is a Greek Sin, so what is she to do? Inspiration strikes. It’s time to make tzatziki.

What ensued was a highly emotional and stressful culinary experience. I had scribbled a vague recipe for tzatziki from my mother onto an index card and was trying my best to follow it, but ran into a few issues.

For example, the problem of finding fresh dill. I was living off stolen dining hall fruit and white cheddar mac & cheese; there were better odds of finding long-expired-to-the-point-of-scaring-the-FDA yoghurt in my fridge than there were finding fresh dill. Could I sub in oregano? Perhaps some of the “Mediterranean Spice Medley” sitting in my cupboard for reasons unexplained? One of the various packets of unidentifiable sauce packets you get with your takeaway order? (PSA: no you cannot.)

And then there was the whole “letting the cucumbers rest” debacle. How do you let them rest in a manner most conducive to salt absorption? How do you know when they’re done resting? Why do cucumbers need to rest in the first place? The fuck do they have to be stressed out about?

Two hours and five frantic FaceTime calls to my mother later (who was horrified at my suggestion to sub in anything parading under the name of “Mediterranean Spice Medley”, by the way), this emotional journey had come to an end, resulting in a very watery and largely uneatable tzatziki. I blame the cucumbers. I fear they rested too much.

It has now been two years since The Incident, and I present you with the actual recipe that’s actually foolproof, so you can enjoy this delicious garlicky dip without stressing. Obviously it’s great with pita or bread of any kind, but a personal favorite is using it as a dip for a platter of fries. 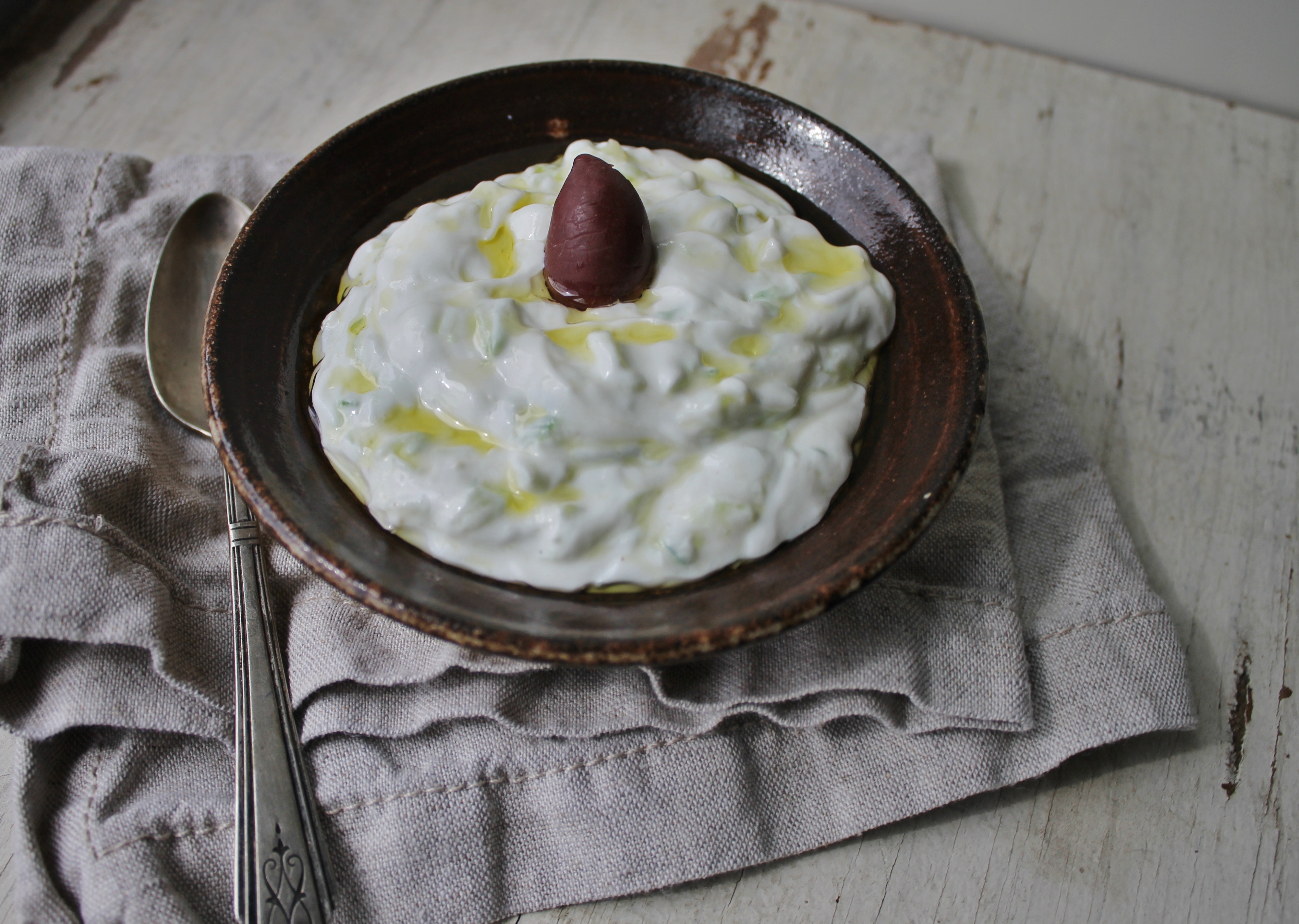