Let me paint you a picture of what’s currently going on as I write this:

Our living room is quite the motley arrangement of chairs and sofas, ranging from kitchen table wooden chairs to a sofa that looks straight out of the 1800s. There are four people each desperately attacking their own giant bowl of potatoes with a fork in an attempt to make mashed potatoes because we have no masher and 20 pounds of potatoes. This is not an overstatement: One of my roommates is not to be trusted with a Kroger card. The only decoration we could find is a roll of toilet paper and some coloured straws because we live in a frat house. Welcome to adulthood.
The best part of Thanksgiving is the food, so I decided to take on a dessert because I reasoned that I would be least likely to mess that up. And what says “fall” more than apples and caramel? Nothing, because I live my life in accordance to stereotypes. So I made a salted caramel apple crisp, as the pilgrims intended. 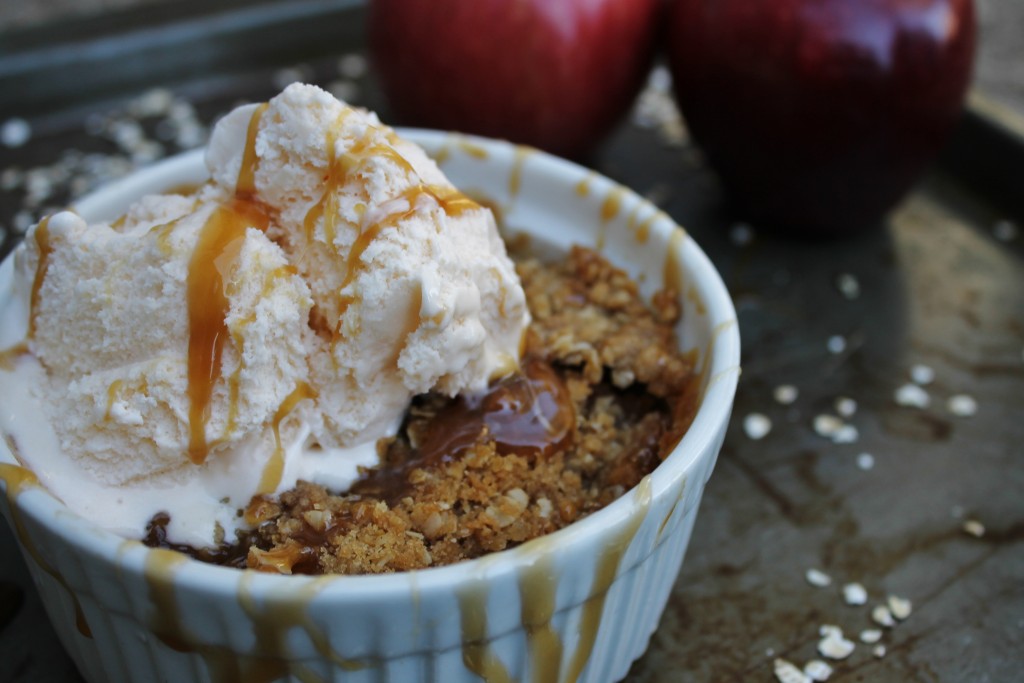 I believe gooey caramel sauce and crisp apples were separated from each other at birth. Plus, there’s nothing better than warm apple crisp with a massive scoop of vanilla ice cream on top—and it’s easy! So easy I could make it in my decrepit excuse for a laundry room-slash-kitchen (did I mention the frat house?). Diiiiive in.
SALTED CARAMEL APPLE CRISP