Anyone who knows me knows that there are few things in life I love more than pizza. 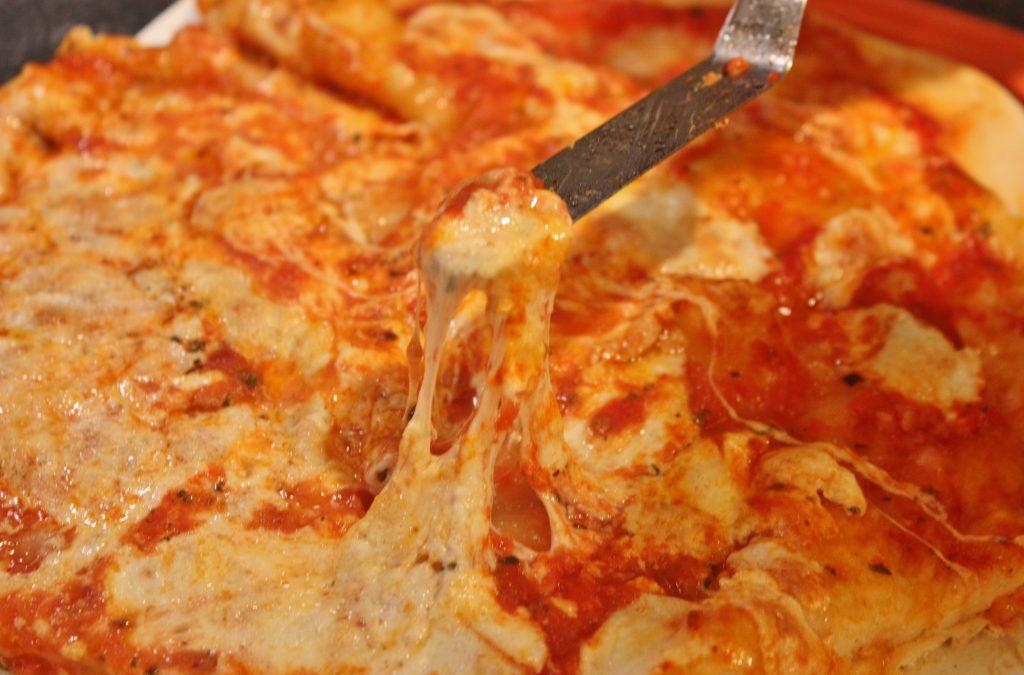 During the breaks, when we go home and everyone is Instagramming their dogs, I’m the one photographing my pizza and writing loving captions that are on par with what first-time parents write in their baby announcements. Which, in my defense, is probably saner because let me ask you this: can a baby provide you with the instant satisfaction of melted cheese coupled with perfectly crispy crust, all yours for the low low price of $3? No. Pizza also doesn’t throw up on you or look like a bald wrinkly little monster in a diaper whose only talent is peeing itself.

I will also be the first to admit that were it not for my parents fueling my addiction by supplying me with meal plan money, I would have gone broke a long time ago. I have Dominoes on speed dial and a tendency to plan my daytime meals around whether I will be drunk eating one slice (read: one paid for and two stolen slices) from Christians Pizza or ordering an entire pizza on my way home from the bar.

Once I ordered a pizza from a bathroom at SAE and then proceeded to leave everyone I was with and run home to my dorm so I didn’t miss the delivery man. I’m pretty sure this is the same behaviour exhibited by drug addicts, but that’s besides the point.

The point I’m trying to get at (I swear there’s a recipe at the end of this) is that while I of all people understand spending half your paycheck in two weeks on planned (and unplanned) pizza, it’s probably unwise in the long run cause mortgages/insurance/real world things exist and I’m told I’ll have to pay for them eventually. Being an adult sucks.

Luckily for me, I am #blessed with a mother who’s a chef and the fact that I grew up in Italy (aka Pizza Mecca) means that pizza is always a viable option for breakfast/lunch/dinner. Below is our go-to recipe for cheap, homemade pizza. You’re welcome.

In a large bowl combine 1 package rapid rise yeast, 3/4 tsp. salt, and 2 cups of flour. Add 2 tbsp. olive oil (the oil of mai peepol) and 1 cup of water, then beat in more flour until you have a soft fluffy dough that Ina Garten would cry tears of joy over. Start with 3/4 cup extra and adjust accordingly, because cooking is about *~*expressing yourself*~* and recipes are more like suggestions anyway AMIRITE LADIES. 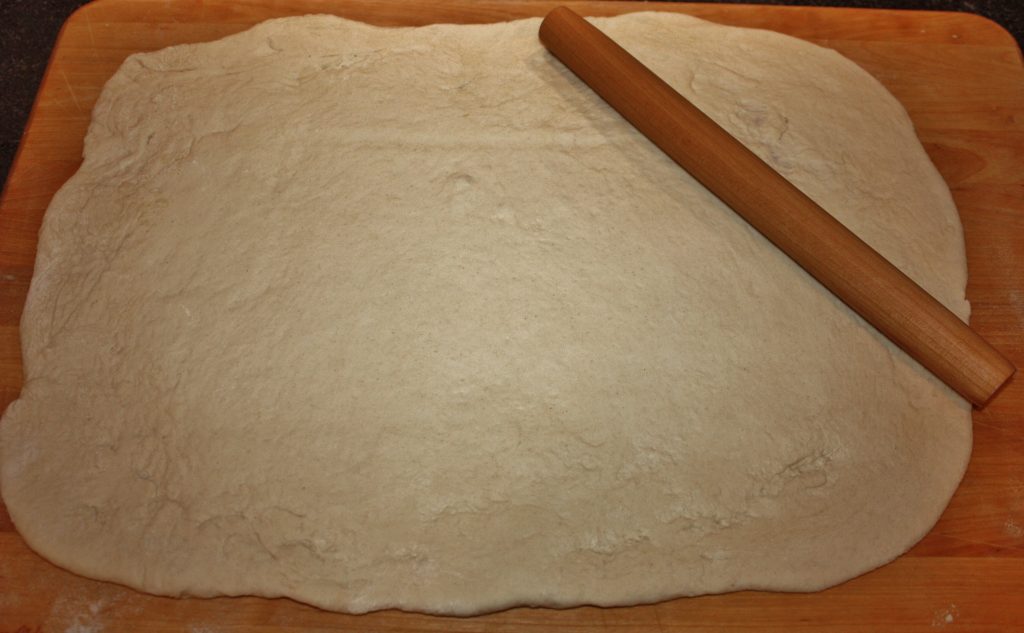 Knead it on a lightly floured surface for about five minutes, then comes the worst part where you have to wait for 1 hour while the dough rises at room temperature. Spend this time doing productive things although tbh I would get hungry and maybe order some pizza as a pregame for the real thing.

Chop up and sauté 4 garlic cloves in a small pot until golden. Add 1 box of Pummaro/any tomato paste, or if you’re feeling particularly daring you can make your own with fresh tomatoes, oil, and some other things idk google it. But since nobody got time for that, especially when there’s pizza on the line, just use the canned kind. I just went on a rant about tomato paste. Sorry.

Mix in some salt, pepper, and basil, cook until thick, then spread on the dough. 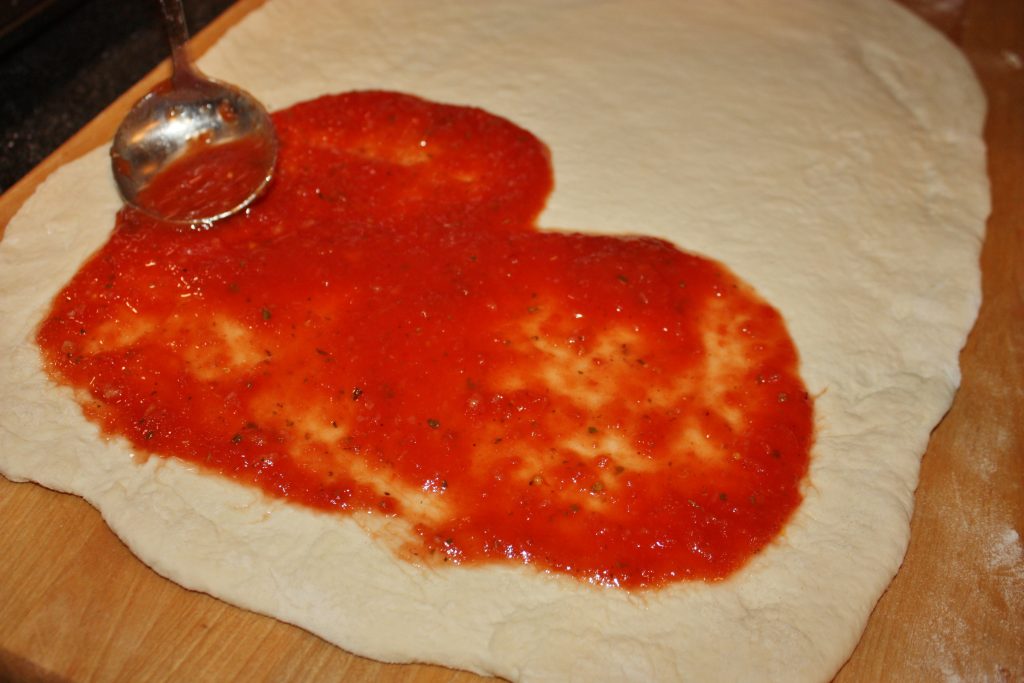 Bake for ~10 minutes, then take the pizza out and add toppings. Personal favourites include olives and approximately 12 kilos of mozzarella mmmmmm now I want a pizza. 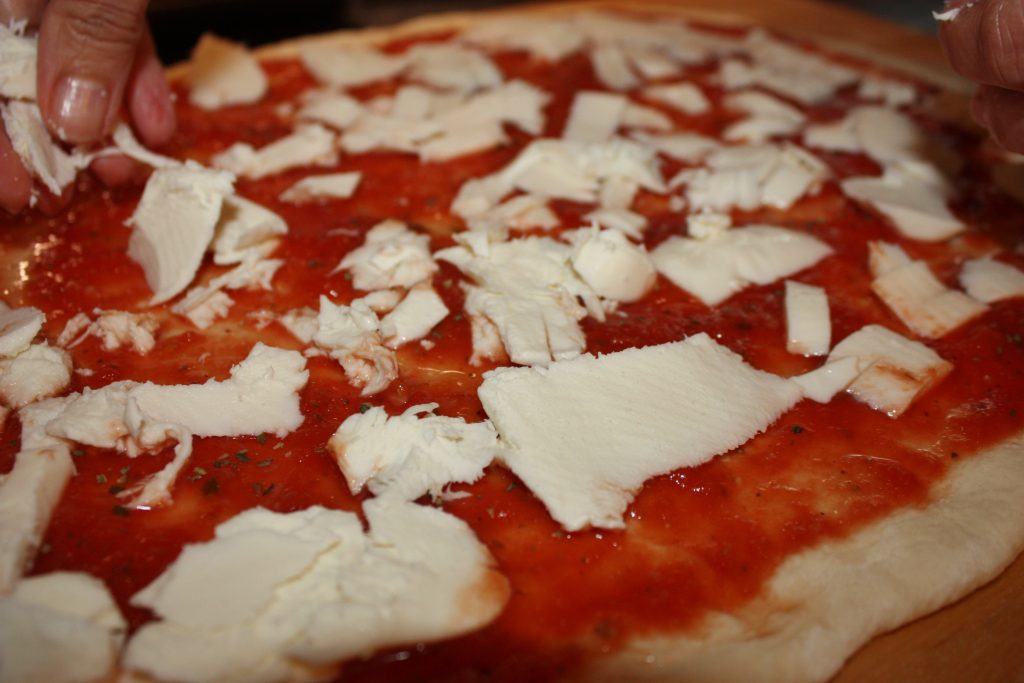 Bake your beautiful creation for about another 1/2 hour or until the bottom of the crust has slightly browned and the cheese looks like this: 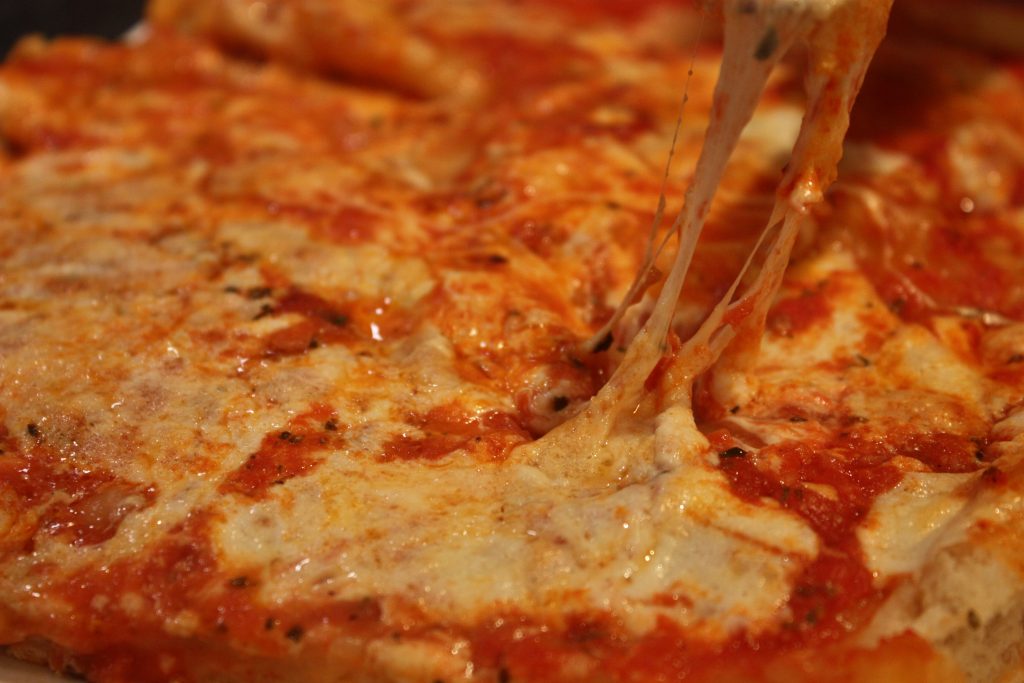